Gendry Really Tried to Shoot His Shot on Game of Thrones

WARNING: Spoilers for Game of Thrones Season 8, Episode 4 ahead.

Aside from burying the fallen soldiers from “The Long Night,” the winning army at Winterfell started off tonight’s Game of Thrones episode on a pretty good note. They celebrated their victory with a feast in the great hall, Arya and Jon were showered with praise, and Tormund got piss drunk. But best of all, Gendry got an unexpected promotion.

At the banquet, Daenerys Targaryen calls for the blacksmith just as he’s about to leave to look for Arya Stark (his bae, if you haven’t been keeping up). She knows that Gendry is the bastard of the late Robert Baratheon, who killed her brother Rhaegar and usurped the throne. Despite the bad blood between their houses, Dany legitimizes Gendry and makes him Lord of Storm’s End, the seat of House Baratheon. Now that his uncles Stannis and Renly are gone (RIP), he’s the rightful heir to the castle. Khaleesi didn’t just legitimize him out of the goodness of her heart; she also did it so she’d keep him as a loyal ally.

With his new title, Lord Gendry Baratheon of Storm’s End searches for his love Arya around Winterfell. He finds her practicing her archery skills and then, just goes for it: He gets down on one knee and asks her to be his wife. (Now that he’ll be a lord, they’ll be able to live in a castle together.) 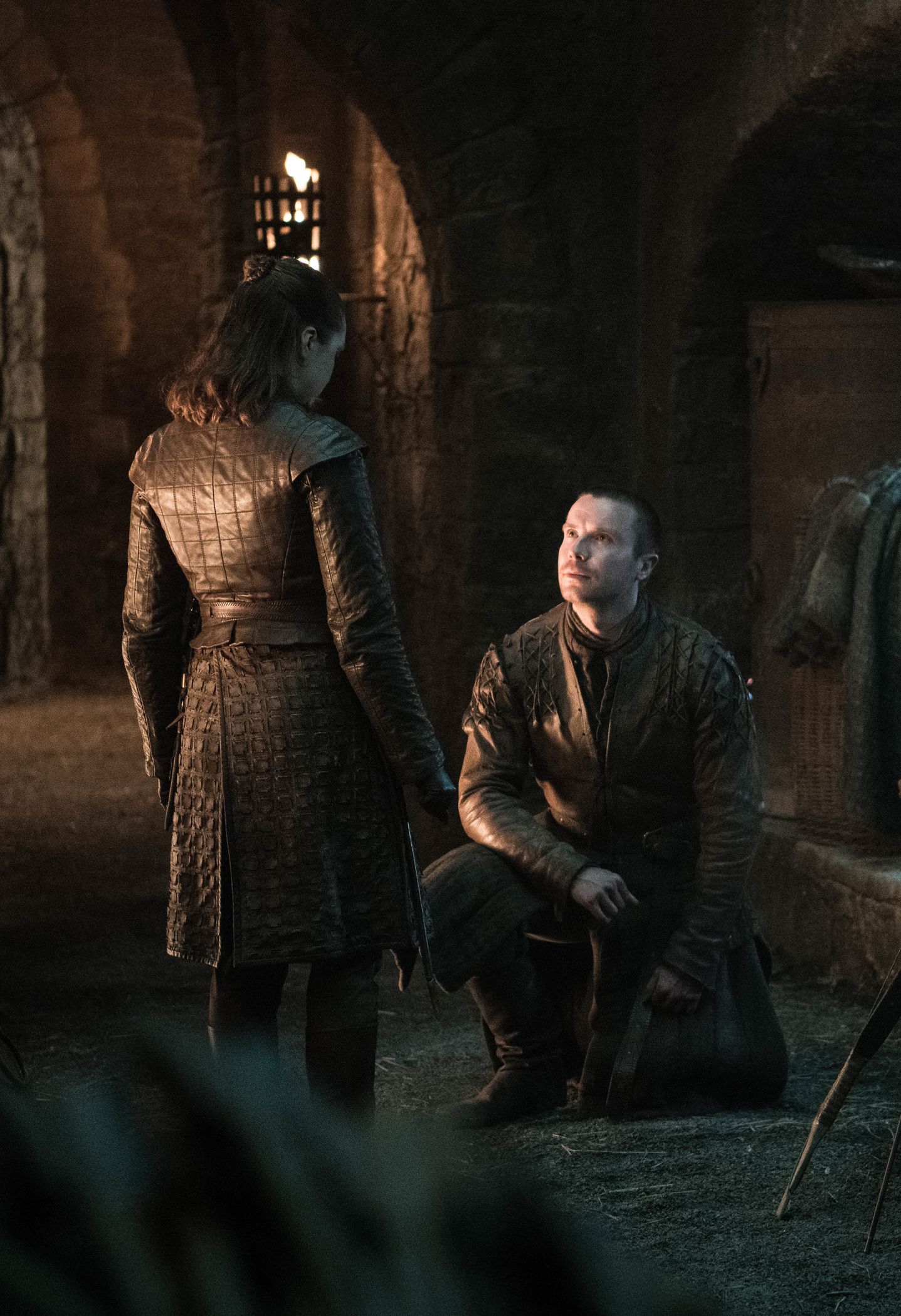 But, Arya’s not down with the plan. “You’ll be a wonderful lord, and any lady will be lucky to have you. But I’m not a lady,” she tells him. “I never have been. That’s not me.” The scene ends here.

Arya’s rejection is notable for, at least, two reasons. First, it’s a savage burn, and second, it’s a callback to some of her past iconic lines. Back in Season 2, when Gendry first finds out that Arya is of noble blood, he jokes that he should be addressing her as “m’lady.” Arya responds, “Don’t call me m’lady!”

And, back in Season 1, Ned Stark gave Arya a pep talk about how she’ll grow up to “marry a high lord and rule his castle,” but she tells him, “No. That’s not me.”

In case anyone needed a reminder, Arya’s always been that bitch!

Twitter responded to Gendry’s awkward proposal with the best memes, as always.

Game of Thrones returns next Sunday on HBO at 9 P.M. ET.