Gene Wilder Once Shared His True Feelings on Johnny Depp's 'Willy Wonka' Remake, 'It's an Insult'

Charlie and the Chocolate Factory is a 2005 remake of the 1971 movie. Based on a novel by Roald Dahl, The story centers around Charlie Bucket, a young boy who receives a golden ticket that wins him a tour of the mystical chocolate factory run by Willy Wonka. The 1971 version is considered to be a classic by many, so expectations for this were high.

The movie received good reviews from critics with an 83% critic score on Rotten Tomatoes. Many critics praised the creative settings, distinct visuals, and catchy soundtrack. However, audiences remain polarized with this movie, especially with the performance from Depp. His portrayal of Wonka is very different than Wilder’s and comes across as a creepy child trapped in the body of an adult. While some admire the risks that Depp takes with this performance, others can’t get behind how bizarre it is.

Gene Wilder shared his thought on the ‘Willy Wonka’ remake 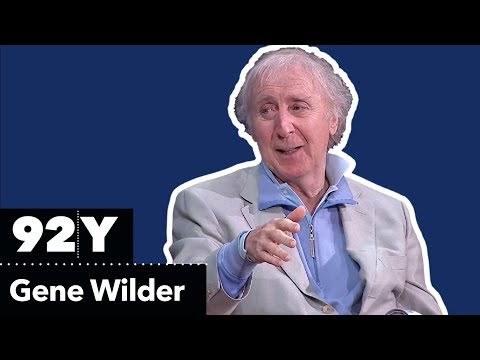 Wilder is a Hollywood legend who starred in great comedies like Young Frankenstein and Blazing Saddles. The actor died in 2016 after a long career in the film industry. In 2013, Wilder gave an interview with 92nd Street Y where he shared his thoughts on Charlie and the Chocolate Factory.

While Wilder had some praise for Depp, his words were much harsher toward Burton. Burton isn’t a director that is meant for everyone as he has a distinct style that can be offputting. His style is all over his Willy Wonka remake, and that either works for audiences or it doesn’t.

Depp and Burton have worked together many times

Johnny Depp and Burton have worked together on many other projects, besides the Willy Wonka remake. The two have collaborated eight times including Edward Scissorhands, Corpse Bride, Sweeney Todd, Dark Shadows, Alice in Wonderland, Ed Wood, and Sleepy Hollow.

Not all of these movies have been hits, but they are always intriguing. Burton brings out transformative performances from Depp, where he is sometimes barely recognizable. While the actor is best known for his portrayal of Jack Sparrow in the Pirates of the Caribbean movies, it is worth looking at the movies he has done with Burton because they are some of the most unique and strange performances.

Fans often compare the two Willy Wonka portrayals of Depp and Wilder, but they are both so different. Soon, Timothee Chalamet will be portraying a young Wonka in Wonka, coming in 2023.