Home » TV & Movies » Golden Globes Nominees by the Numbers: Netflix Rules in Both TV and Film

Golden Globes Nominees by the Numbers: Netflix Rules in Both TV and Film

Streaming giant takes the crown with “The Crown” and “The Irishman,” among other critical darlings 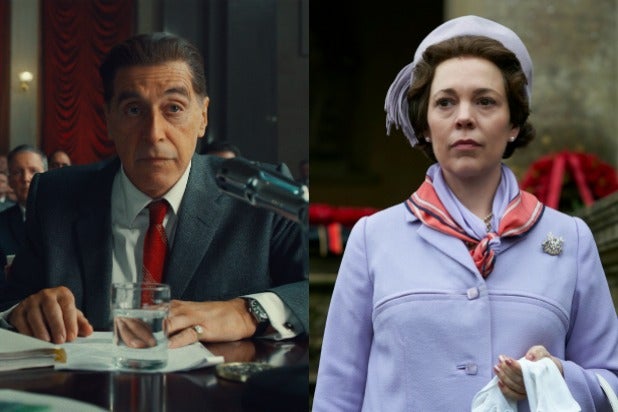 The 2020 Golden Globes nominees are in, and Netflix took the crown for both TV and film, garnering 17 nods in both mediums. On the small screen, HBO was runner up with 15. Sony got the second-most nominations for a movie distributor with eight.

“Marriage Story” was the most nominated movie with six nods. It was followed by “The Irishman” and “Once Upon a Time…in Hollywood,” both of which got five. “Joker” and “The Two Popes” have four chances apiece at a Golden Globe statuette next month.

See how the nominations break down below by film, by series, and by their respective distributors, below. 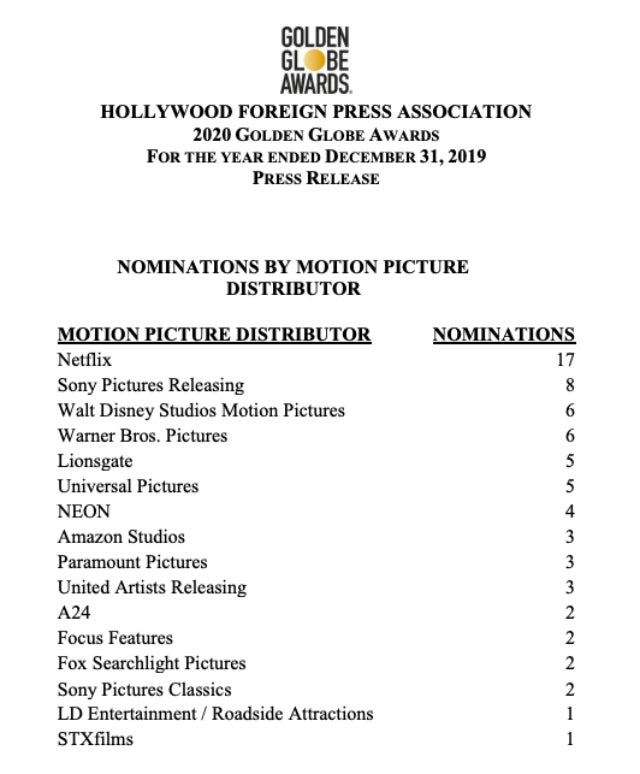 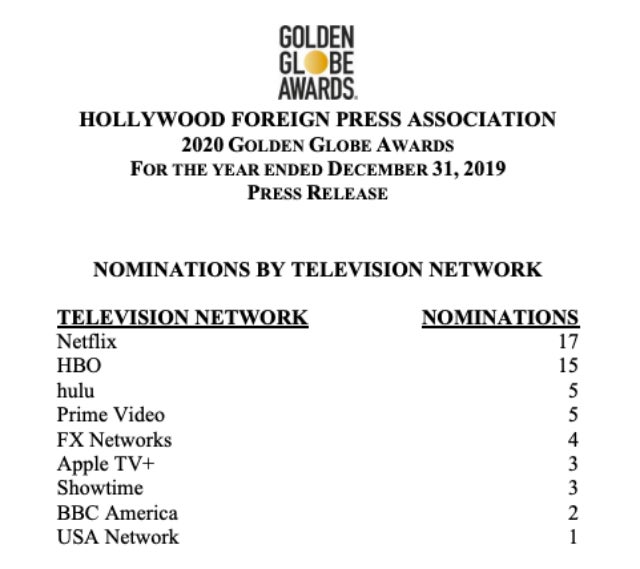 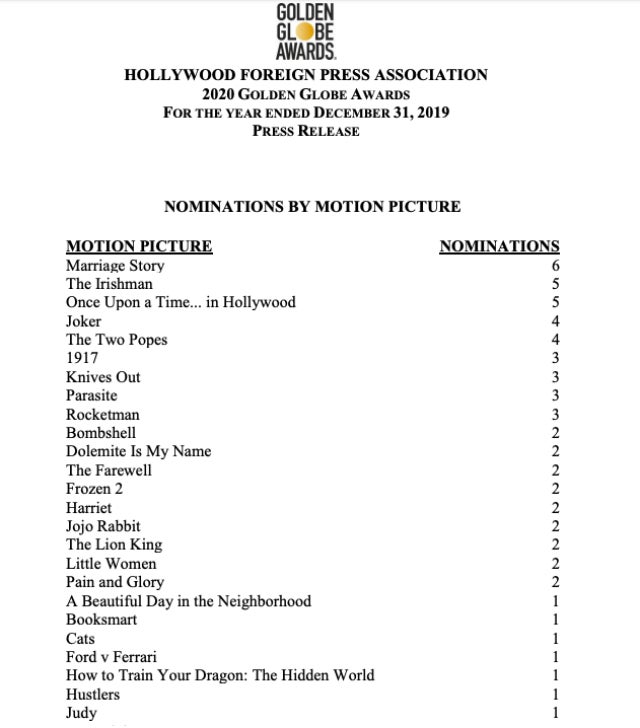 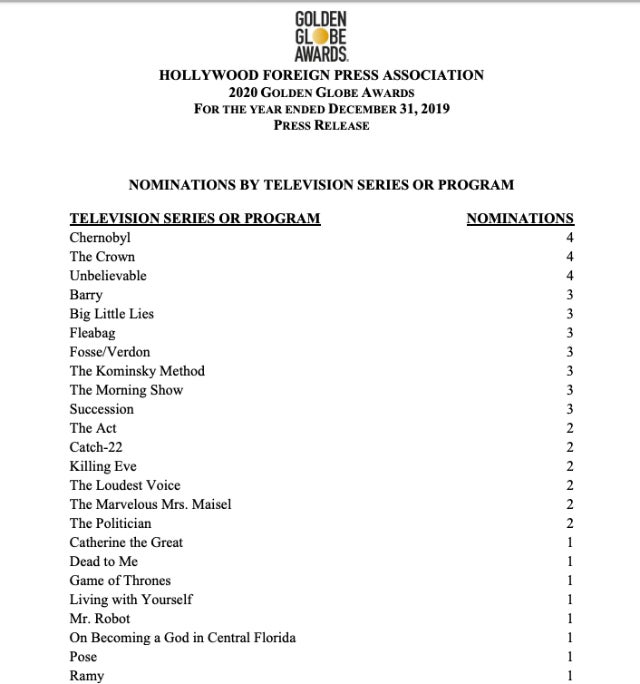 “Russian Doll” and “The Spy” also got one nod apiece.