Guillermo del Toro: The Current State of Cinema Is Not Sustainable

Oscar-winner Guillermo del Toro is at Cannes this week, speaking at a symposium about the state of cinema and how it can evolve out of the pandemic despite setbacks and implosions.

“There are many answers to what the future is. The one I know is not what we have right now. It is not sustainable. In so many ways, what we have belongs to an older structure,” del Toro said, adding later that we are in many ways in a moment similar to the advent of sound in the 1920s. “That’s how profound the change is. We are finding that it is more than the delivery system that is changing. It’s the relationship to the audience that is shifting. Do we hold it, or do we seek and be adventurous?”

He spoke at a Tuesday press conference alongside directors including Michel Hazanavicius, Paolo Sorrentino, Lynne Ramsay, Robin Campillo, Gaspar Noe, and more, where the filmmakers touched on issues of streaming, and who gets to watch what movies, when, and how.

The pandemic saw countless theaters shutter, audiences watching movies at home, art films on even a worse decline than before, serialized TV reign supreme, and IP roar back with a vengeance as theaters clamor to recoup losses.

Del Toro, a lifelong movie lover and collector, bemoaned the disappearance of physical media, and how curation now falls in the hands of algorithms at lightning speed, stymying the pleasures of holding a piece of cinema and discovering it for yourself.

“We are in the present losing more movies from the past faster than ever before. It seems like we aren’t, but the mere disappearance of physical media is already having corporations curating what we watch, faster for us,” he said. “The future doesn’t belong to us, so our duty is not to ourselves, but to the future, for the people who come after.”

By no means decrying streamers, del Toro thanked Netflix for allowing him to tell his version of “Pinocchio,” set against the rise of Mussolini, and a project other studios passed on. But, he wondered, “things are getting done, but are they being seen?” (His “Pinocchio” is expected to land on the streamer in late 2022.) 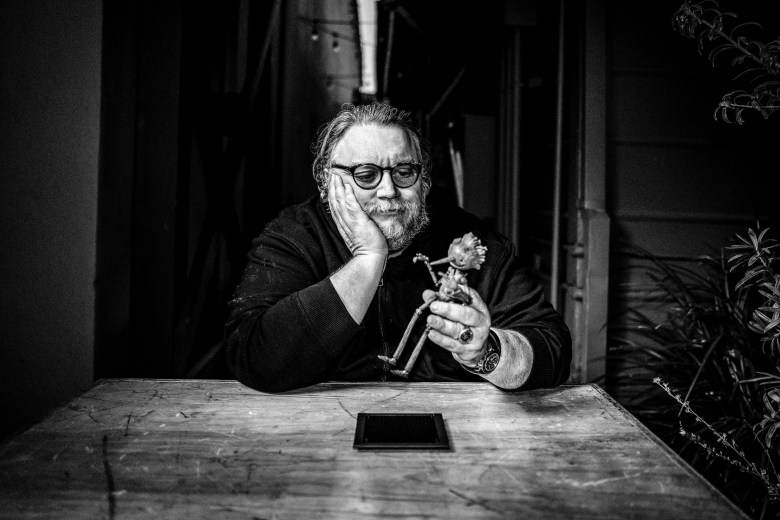 Del Toro also pointed to the superabundance of films and TV shows available to audiences, and how the struggle to take it all in amid algorithms pushing us in one direction or another is also felt behind the scenes among its makers.

“Everybody’s working. Everybody’s doing a TV series, a commercial, a video, a feature. We produce more than ever, and we can watch less than ever. Everybody in this room has yet to catch up with 20 movies, 10 TV series, 50 commercials, we are all behind. In a sense, we have a train that is moving faster, and we are all running outside the train trying to jump on board at some point,” he said.

He queried “pernicious” terms “content” and “pipeline” — de rigueur in the rapidly expanding streaming universe that, if the recent Netflix fallout is any indication, could be headed toward a heat death of its own — to explain where we’ve ended up.

He added, “Where we are as cinema, and the state we find ourselves in is the responsibility of distributors, exhibitors, filmmakers, and creators. We have to question where the communication is broken, where we can patch it.”

But despite the devastations of the pandemic, del Toro touted the resiliency of storytelling as a tool essential to our survival — and that’s one way of thinking that could carve the path forward.

“It took one pandemic to shake it all up. We survived the pandemic because we had three things: Food, medicine, and stories. The three things sustained us for so many months and years. We understand we are in the craft of doing a thing that is of primary importance to do. At the same time, it’s not only the pandemic, where we are as filmmakers, where we are as a culture, didn’t just happen to us. We were very actively participating to get us to where we are. Film as a phenomenon, as a cultural phenomenon, has shifted its importance,” he said.

“The future will present itself, no matter if we want it or not. It just shows up. It slaps us in the face or pats us in the back, whatever it wants, but it will show up.”