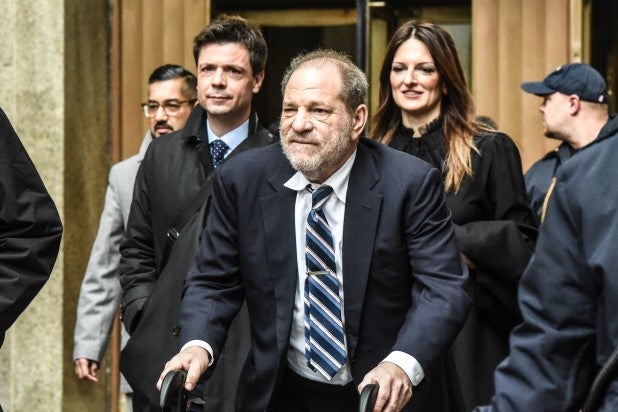 Harvey Weinstein has requested that a New York court suspend proceedings in a civil lawsuit brought against him by Alexandra Canosa, a former producer on Netflix’s “Marco Polo” who accused Weinstein of rape, sexual harassment and intimidation across several years.

“Mr. Weinstein’s health has had a dramatic decline this week, as heavily reported in the media. These health concerns make it practically impossible to conduct his deposition and impedes his fundamental right to participate in his defense. Therefore, on these grounds alone the deposition should be stayed,” Weinstein’s attorney, Imran Ansari, wrote in a motion filed on Thursday.

Earlier this week, Weinstein’s representatives told TheWrap that the former producer has a fever and his health was declining but that he does not have COVID-19 “at this time.”

Ansari also pointed to Weinstein’s upcoming criminal case in Los Angeles, where he faces multiple felony counts of sexual assault, and said that Weinstein is at “severe risk of incrimination” if the civil case were to continue as scheduled.

Canosa’s lawsuit, first filed in 2018, said Weinstein — who executive produced “Marco Polo” — sexually assaulted and abused her at hotels in Los Angeles, New York, Budapest and Malaysia and threatened to ruin her career.

Attorneys for Canosa did not immediately respond to a request for comment.