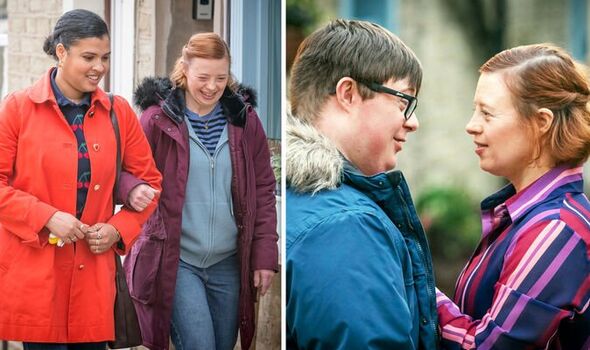 The A Word ended in 2020 with Ralph Wilson (played by Leon Harrop) and Katie Thorne (Sarah Gordy) tying the knot, and now a new series will be spotlighting the couple. Ralph & Katie follows the ups and downs of the couple who have Down’s Syndrome as they navigate life. The show promises to be an uplifting watch for viewers.

How many episodes are in Ralph and Katie?

There is a total of six episodes in Ralph and Katie with the show airing double-bill instalments every Wednesday at 9pm and 9.30pm.

Here is a list of episode titles and when they will be airing:

If you miss an episode of Ralph & Katie, the show will be available to watch on catch up via the BBC iPlayer.

The cast and crew of Ralph & Katie appeared on BBC Breakfast this morning (October 4) to speak about the new series. 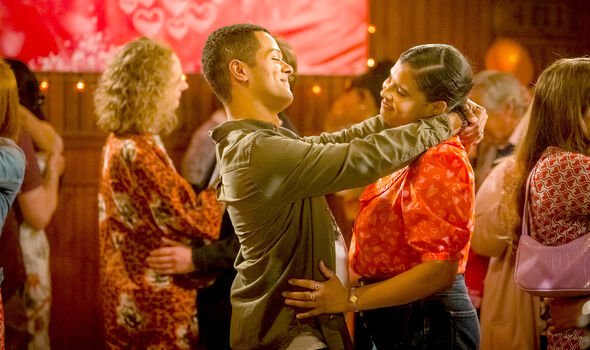 He went on to address how he felt after he found out his character would be getting a spin-off series: “It got me proper excited and I can’t wait to get started on this and start working.”

While one of the show’s writers Genevieve Barr explained how The A Word and Ralph and Katie fitted together.

She said: “So, at the end of The A Word, Ralph and Katie get married and the spin-off is all about their first year of marriage, and there’s lots of things we take for granted about marriage and so it’s just really interesting to see what it’s like for Ralph and Katie getting married.

“There’s lots of surprises in there and a lot of those surprises come from the other people around them, responding to their marriage. 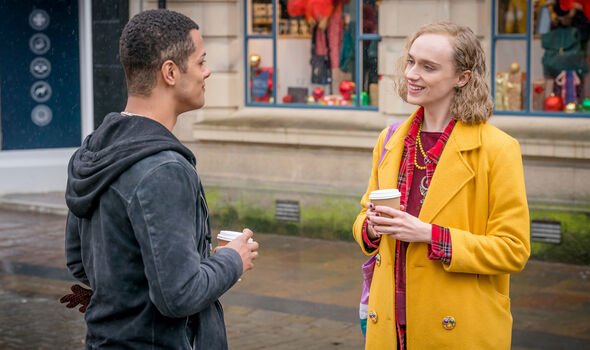 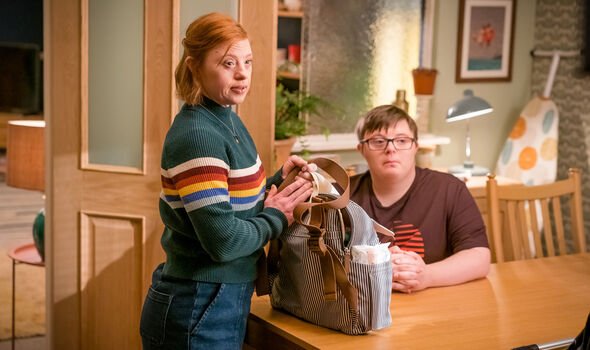 “Ralph and Katie are just trying to get on with their lives but it constantly gets interrupted by other people.”

Genevieve said it was “amazing” Ralph & Katie was being hailed as groundbreaking, particularly in an era when so much television was being made.

“I just hope when the audience see it, they will see an absolutely joyous show which we need right now,” she said.

She continued: “A really joyous show about marriage and I think also when we think about disability, sometimes it’s quite hard to see beyond that.

“And actually for a lot of people who live with disabilities and have lived in experience, 99 percent of their lives are about things other than the disability.

“So, this is a show that really champions what married life is like for two people who happen to have disabilities.”

Director Jordan Hogg, who is passionate about onscreen representation, said the show was pioneering and was doing something “we’d never seen before”.

He said of the filming process: “The levels of accessibility we went to and welcomed everyone and we dealt with everyone’s needs and treated everyone as individuals.

“I think that’s kind of the way to do it. Television is very set in its ways about how things are done and we kind of bucked the trend on that and treated everyone as individuals.

“We had name badges with everyone’s jobs on them, so you could go and have a chat with someone.”

Jordan said these small changes made a huge difference and the set of Ralph & Katie was the “happiest environment I’ve been in” and was “so pleased” to be there.

The director said people were chosen to work on the show based on how they would react to shooting such a groundbreaking show, which was doing things differently.

He added: “We created such a positive environment for everybody.”

Ralph & Katie airs on BBC One tomorrow at 9pm