Holly Willoughby and Phillip Schofield were met with an unhappy audience booing them as they took to the stage to collect This Morning’s daytime award at the National Television Awards.

This comes after major backlash in recent weeks, after Holly and Phil were accused of jumping the queue to see the late Queen lying in state in Westminster.

They later denied the claims, with ITV strenuously denying that the TV duo did anything wrong, however, a petition to have them axed from the show continued to gain momentum.

Despite the backlash, This Morning scored the award at the event, with Alison Hammond and Dermot O’Leary also spotted celebrating on stage.

However, not long after, it was reported that Holly left the ceremony early.

A source said: ‘Holly picked up her award for Best Daytime and then left 30 minutes after. 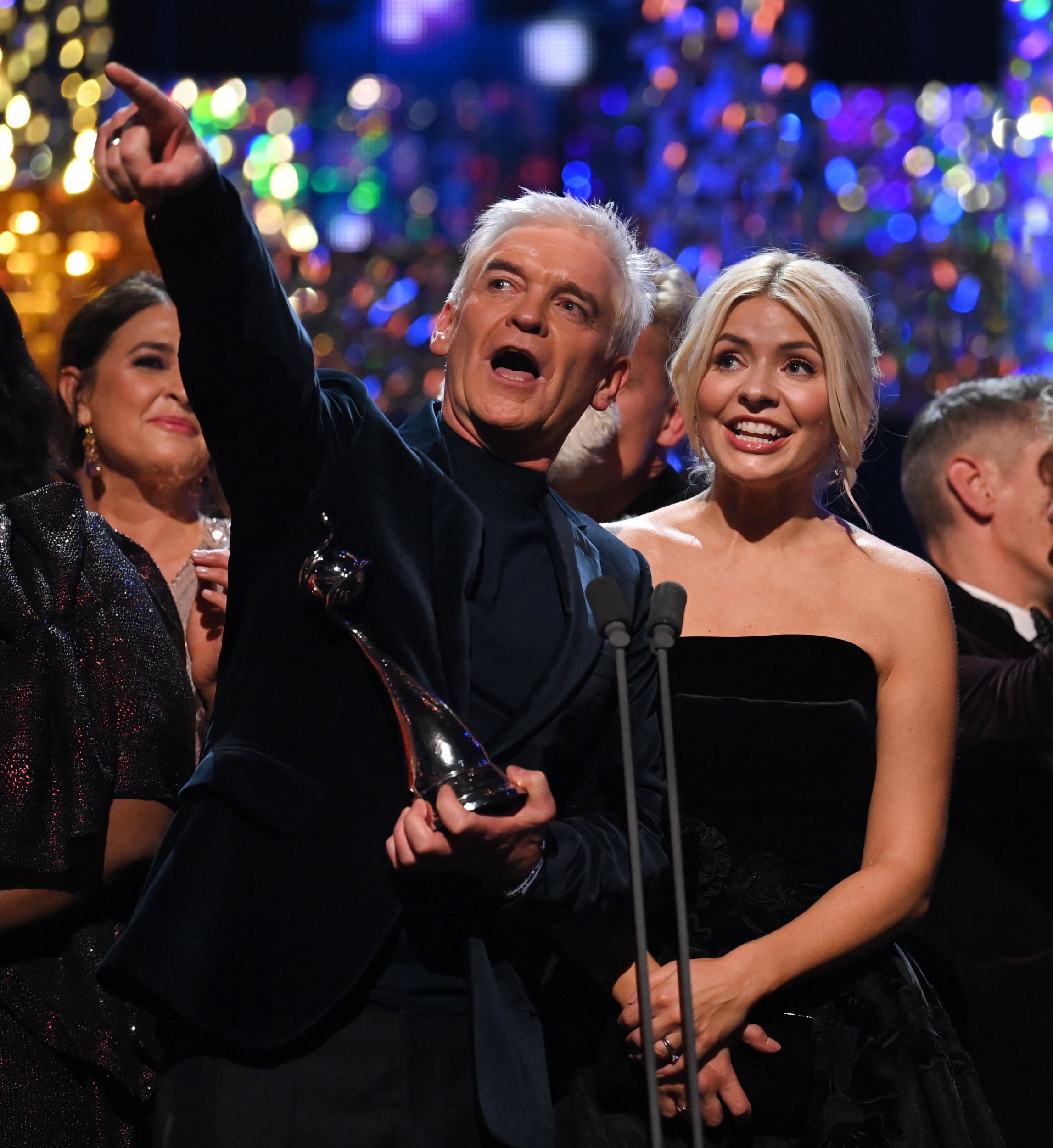 ‘Normally she stays around for a drink with Phil and the team but she did an Irish exit.

‘She was seen leaving the ceremony and getting into a car outside just after 10pm,’ the insider added to The Sun.

Meanwhile, another source told the publication that the ‘boos in the room were very loud when Holly and Phil were announced as the winners,’ calling it ‘really embarrassing.’

The boos didn’t go unnoticed on social media either, with one person writing: ‘Not really sure why they’re blocking out all the boos for Holly & Phil on the #NTAs.’

Another penned: ‘I think the sound man deserves an award for blocking out the boos #NTAs.’

Holly went on to speak about This Morning’s ‘special relationship’ with its audience.

‘You make our show for us, you really do,’ she added.

This Morning airs weekdays from 10am on ITV.

THE BRUCE FORSYTH ENTERTAINMENT AWARD
I’m A Celebrity… Get Me Out Of Here!