What’s the most embarrassing thing you’ve ever admitted by accident at work? Whatever it is, it’s probably not as bad as what Holly Willoughby appeared to let slip today.

The This Morning host was left squirming as Phillip Schofield grilled her about a surprise admission during a discussion on – of all things – nipple tassels.

Holly was chatting to Vannesa Feltz, who said that her father was the first man to import nipple tassels in the UK.

‘My father was called Norman the Knicker King and he was the first person to import edible knickers into this country… nipple tassels paid my school fees,’ Vanessa said on the programme.

‘Well, we know where to go if we ever need nipple tassels from now on,’ Holly said.

Vanessa then took the conversation down another route, by saying: ‘The knack is to swing one going one way, and the other going the other way.’ 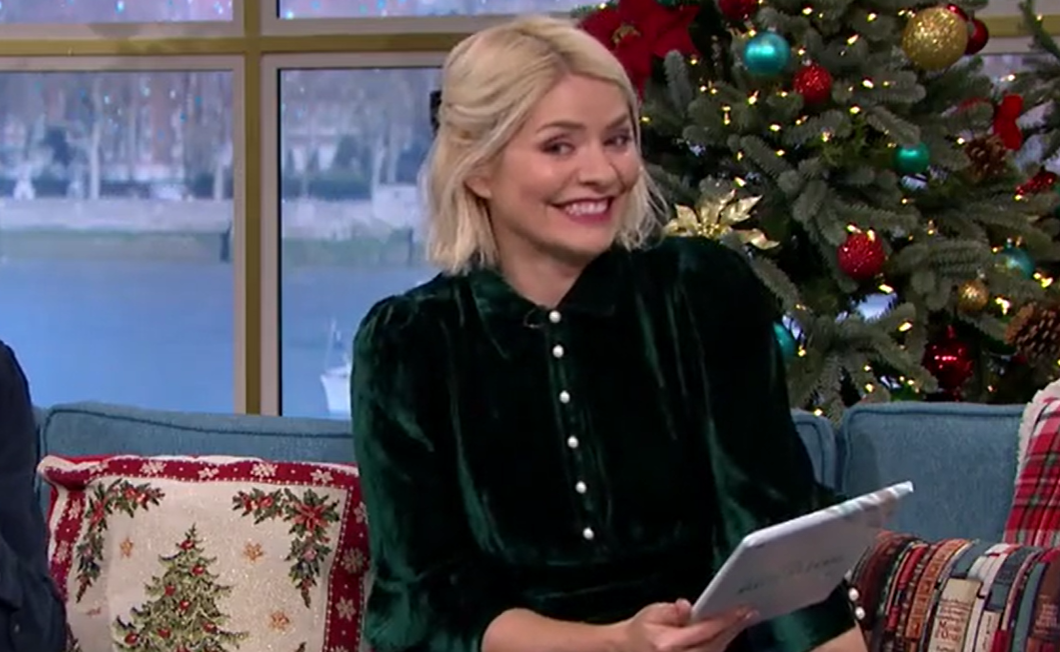 Holly, who suddenly seemed very informed on the subject, said: ‘Apparently you have to lift your heels up.’

‘You have to lift your heels up,’ she reiterated after Phillip asked: ‘Do you?’

‘Apparently. A friend once told me,’ Holly said, pleading her ignorance.

‘Well, quite obviously…’ Phillip added, while Holly was left giggling to herself.

The presenter was left squirming, before adding: ‘I know [I started that]. But I haven’t.’

Just another perfectly normal day on This Morning…

It comes after it was reported that Holly is set to keep presenting on the ITV daytime programme for at least another two years, insiders claim.

The 40-year-old presenter is said to have signed a huge contract securing her spot alongside Phillip on the show after reports earlier this year claimed bosses were fearful she’d walk following a dispute with her former agents.

This Morning airs on weekdays at 6am on ITV.