Hollyoaks’ 2023 trailer has revealed a horrific and violent tragedy as Diane Hutchinson (Alex Fletcher) is declared dead in a crossbow rampage carried out by Eric Foster (Angus Castle-Doughty).

Stalwart Tony (Nick Pickard) is in tears after he says that his wife is dead, moments after we see Eric fire a bolt from his weapon.

It comes as part of a last stand hostage drama, in which the incel takes numerous captives prisoner.

He declares his intentions to kill everyone, including himself.

The dramatic climax comes after a lengthy storyline which has shown Eric’s vile and abusive nature towards women.

After the death of his sister Verity, he fully gave in to his darkness and now seems to have accepted his fate. 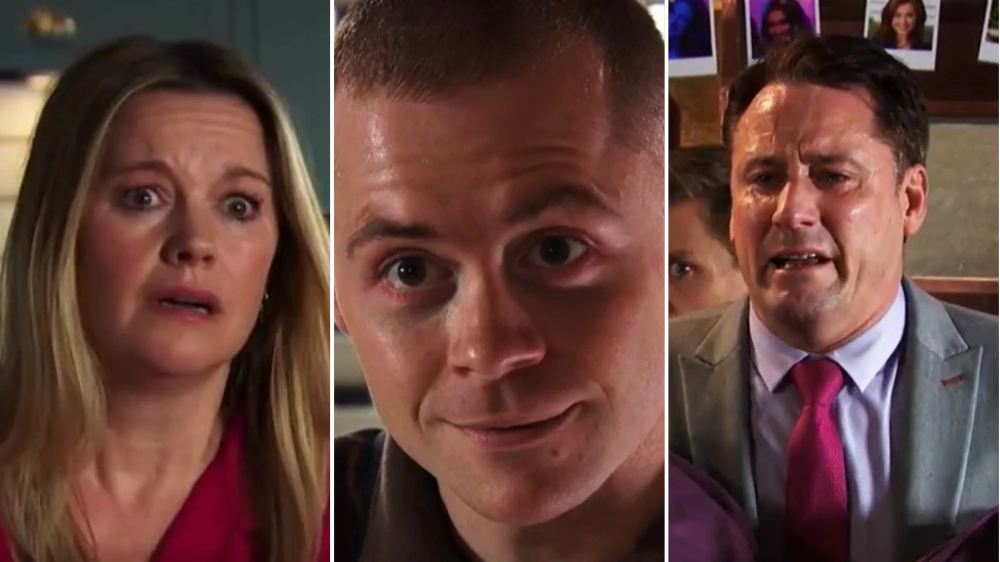 However, is all totally lost? It seems unusual for a trailer to give away such a huge death.

So is Tony just assuming Diane won’t survive? And will anyone else lose their lives in the horrific situation.

Meanwhile, a clip of the trailer shown on The Morning also saw Peri Lomax (Ruby O’Donnell) vow to be there for Juliet Nightingale (Niamh Blackshaw), as she continues to battle her cancer.

And Mercedes McQueen (Jennifer Metcalfe) is rocked to the core when Felix Westwood (Richard Blackwood) reveals that he was the one who shopped her killer son Bobby to the police.

Can she ever forgive him?

Hollyoaks will release its full 2023 trailer, containing more dramatic scenes, at 5pm on its social media on Tuesday January 3.