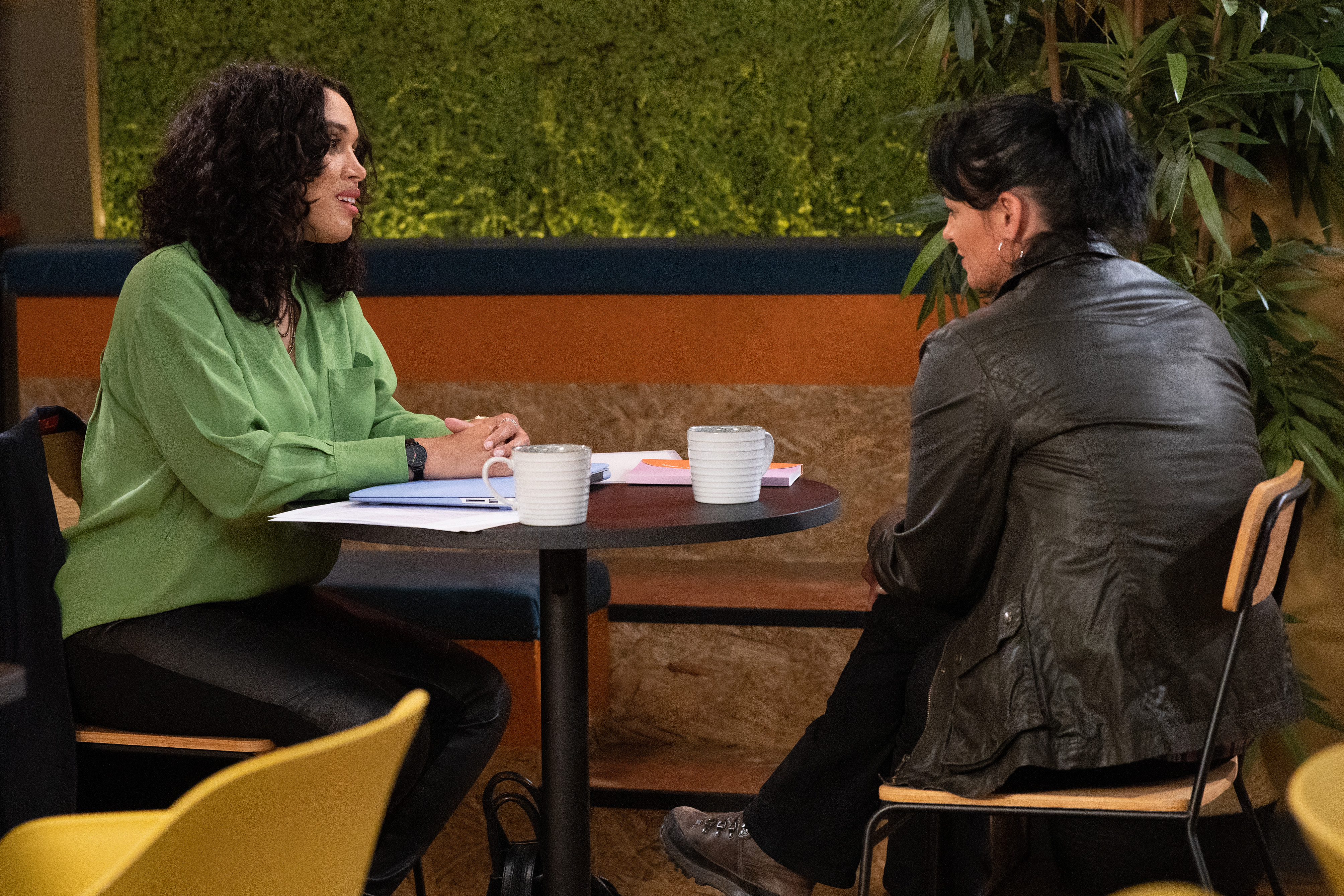 In 2016 Holly Barton (Sophie Powles) was tragically found dead by her mother, Moira. She died of a heroin overdose after attending a wedding with Jai Sharma (Chris Bisson), in a shock storyline that had massive impact.

In a recent episode, it was revealed drug dealer Suzy potentially gave Holly the drugs that killed her, with Martelle Edinborough recently saying:

‘Suzy met Holly prior to coming into the show at an event as they used to do events planning together. Suzy needed a photographer and Holly was talented, so she took Holly on to do some wedding photography work. On the party scene, drugs were involved and they took occasional drugs together.’

‘One particular evening, Suzy couldn’t make it to see her dealer and she asked Holly if she would go and pick the drugs up for her, gave Holly the money to pick up the drugs and Holly then went and got her own drugs and then overdosed on these drugs.’

Tonight, Moira found Suzy doing some work at The Hide and started to tell her about Holly’s interest in photography.

Suzy was on edge, desperately trying to be polite and kind to Moira, and keep her connection to Holly a secret.

As they headed home, topic of conversation turned to Holly’s final moments.

Suzy, clearly curious about how much Moira knows, asked her if Holly carried on using.

Moira was certain the drugs Holly took were a ‘tragic one-off’, which shook Suzy.

Unable to carry on the conversation, Suzy dashed off and left Moira.

As Suzy attempts to change her life for the better, one wrong move will see her connection to Holly revealed.

But how will Moira react when she realises who Suzy really is?