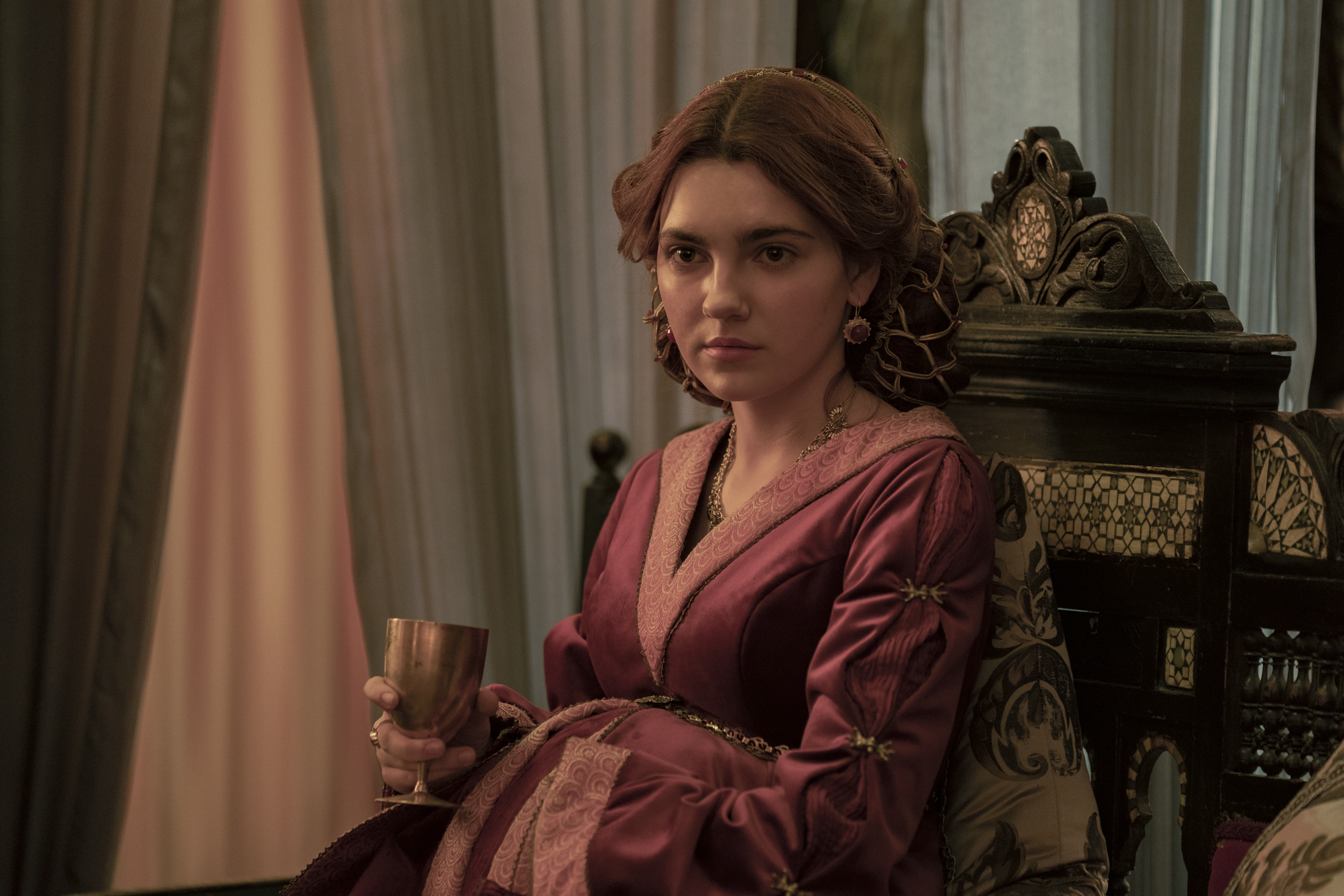 *Warning: Contains spoilers for House of the Dragon and Game of Thrones.*

House of the Dragon star Emily Carey has admitted that she was ‘scared’ to shoot sex scenes in the fantasy series due to the 30 year age gap between her and Paddy Considine.

In the latest episode, Viserys and Alicent have been married for roughly three years and have two children: son Aegon, and daughter Helaena.

Midway through the episode, Alicent is woken up by her maid and informed that Viserys has ‘requested [her] presence’, despite it being the middle of the night.

In the next scene, Alicent lies still while Viserys has sex with her. Speaking about that moment, Carey has admitted that she was initially ‘scared’ to film the scene.

Speaking to Newsweek, she said: ‘It scared me, because at that point I still hadn’t met Paddy. I didn’t know how much of a joy he was and how easy he was going to make [the scene].’

‘The first scene that I read from the show was my sex scene and my intimacy scenes. All I saw was, you know, a 47-year-old man and me, I was a bit concerned.’

Carey said that after watching Game of Thrones in preparation for the role, the ‘violent sex’ made her nervous: ‘I was like, “Oh God, what am I gonna have to do in this show?”‘

But Emily says she was comforted by the on-set presence of an intimacy coordinator – the demand for which increased after the 2017 MeToo movement.

‘We have an intimacy coordinator who was amazing. Having that outlet, to be able to talk everything through and not be shunned, or not feel awkward.’

The show’s latest episode, entitled King of the Narrow Sea, has been praised for its sensitive, nuanced portrayals of sex and intimacy by director Clare Kilner.

While some viewers found the sex scene between Daemon Targaryen (Matt Smith) and his niece Rhaenyra (Milly Alcock) to be uncomfortable, the show has been praised for treating the difficult scene carefully.

House of The Dragon is available to stream on NOW.