But the 70-year-old singer songwriter – who made sure he attended the wedding of actress daughter Lily in the United States – has bounced back before. 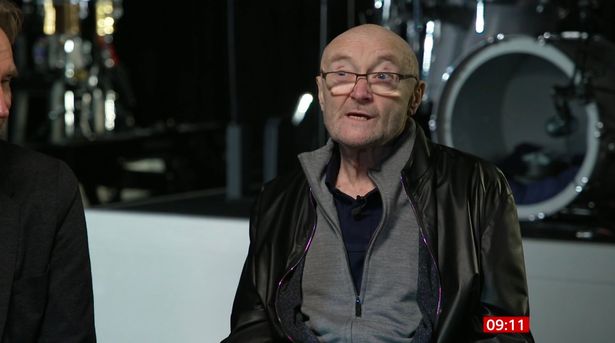 Today's admission comes after a tumultuous decade of health struggles – including crippling nerve damage and a booze addiction that left him 'hours from death'.

During his interview on BBC Breakfast, the legendary musician admitted: "I can barely hold a stick with this hand. There are certain physical things that get in the way.”

Despite that Genesis are set to play in Birmingham, Manchester and Leeds this month.

Phil is clearly not keen on performing much longer given his health problems.

I don’t know if I want to go out on the road anymore.

Asked if it would be the last tour, he replied: "I think just generally for me, I don’t know if I want to go out on the road anymore."

There was, though, reasons for celebration for the Collins family this week.

Phil and his ex-wife Jill Tavelman were both at the ceremony in Dunton Hot Springs, Colorado. 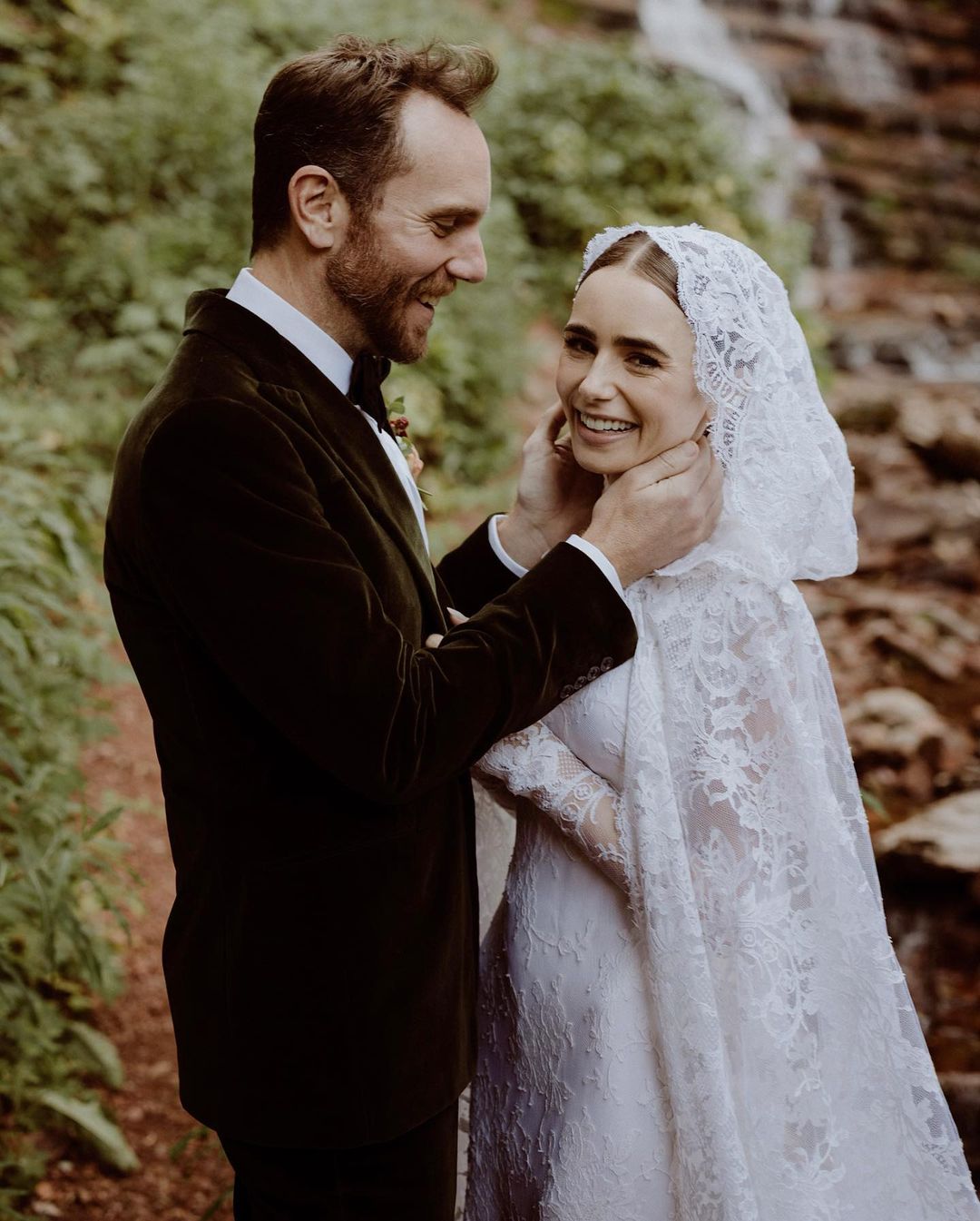 Phil's agonising health issues began in 2007, when he dislocated vertebrae in his neck during a Genesis reunion tour. The injury caused nerve damage in his hands, leaving him unable to play the drums.

In a message later published on Genesis's website, the singer – who has had 150 million album sales worldwide and boasts an estimated £120 million fortune – said: ''After a successful operation on my neck, my hands still can't function normally.

"Maybe in a year or so it will change, but for now it is impossible for me to play drums or piano."

Insisting he wasn't in a "distressed" state about the situation, he added: "Stuff happens in life.'"

It is impossible for me to play drums or piano

At the time, Phil was separated from his third wife Orianne Cevey.

The pair met when Orianne – more than 20 years Phil's junior – was working as a translator during his European tour and married in 1999 in a lavish £300,000 ceremony.

They had two sons together, Nicholas and Mathew – but shortly after Mathew's birth in December 2004, their marriage began to falter, as Orianne battled post-natal depression.

Orianne told the Mail on Sunday: "I was breastfeeding and one day he stopped wanting my milk. It felt like instant rejection. I wasn’t feeling that great and it was emotionally overwhelming for me.

"It was hard for Phil to understand. Men do not have the same way of expressing their feelings as women."

In 2006, the couple ended up separating, saying they had "grown apart".

Two years later, Phil appeared to finalise his split with Orianne with their divorce, reportedly paying her £25 million in their settlement – which was at the time, Britain's biggest ever in a celebrity divorce.

And it wasn't his first – Phil split from Andrea Bertotelli in 1980 and Jill Tavelman in 1996. 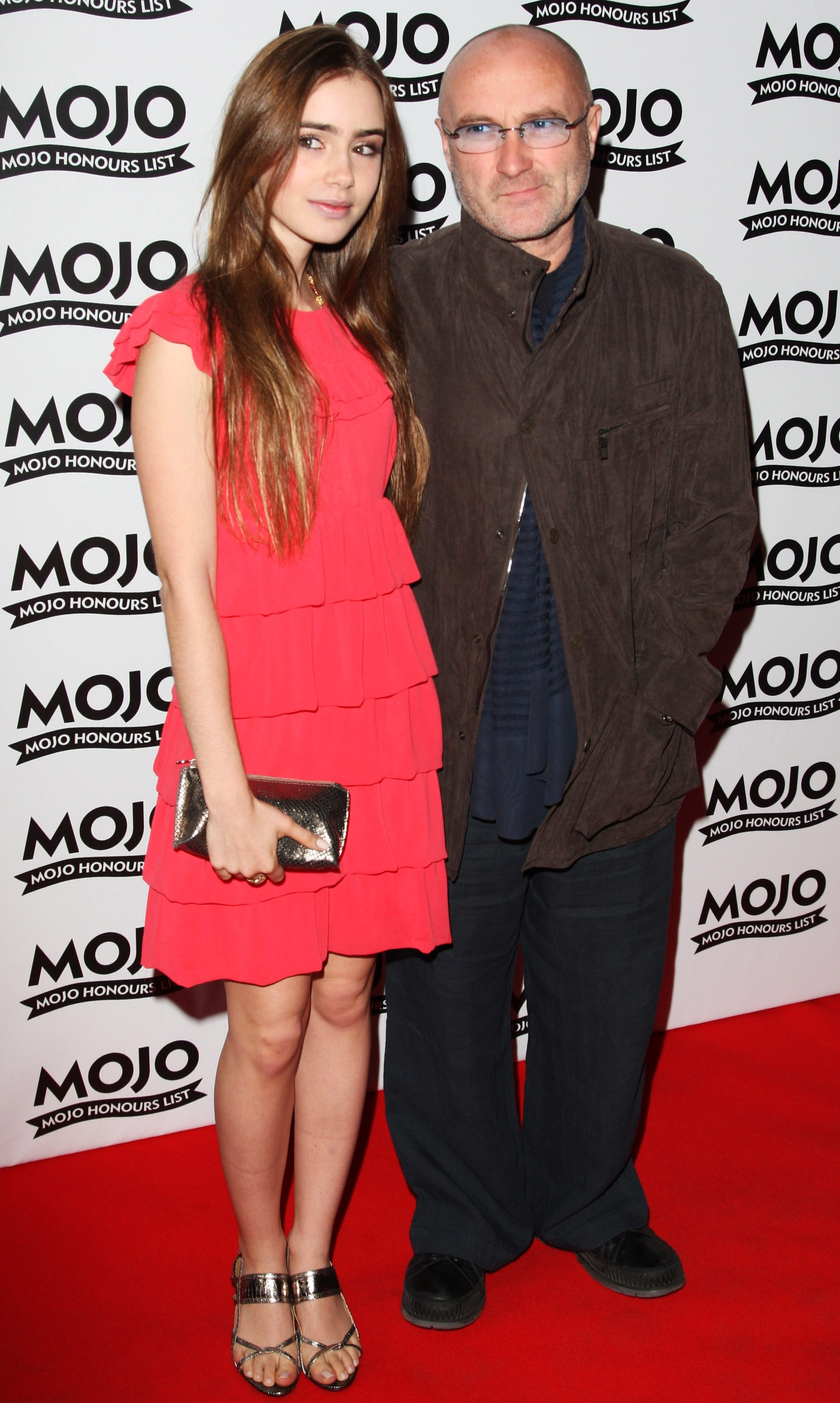 After releasing his 2010 album Going Back, Phil announced his retirement. But in the period that followed, he found himself spiralling into a battle with booze.

Bored, bandless and alone after Orianne and their two sons Nicholas and Matthew moved to Miami, Florida, with her new husband Charles, Phil turned to alcohol for company.

"I didn’t go around rolling drunk. But I just started to drink," he told the Daily Mail. "I used to get up and I’d start drinking and watch the cricket. Red wine, white wine."

After spending his rock career refusing to succumb to the temptations that so many other celebrities fall for, the singer suddenly found himself in the grip of a booze addiction.

Before you know it, within months, you're drinking vodka from the fridge in the morning and falling over in front of the kids

"Before you know it, within months, you're drinking vodka from the fridge in the morning and falling over in front of the kids, you know," he admitted in 2016.

It was in 2012 that Phil's struggles came to a head when he was raced to hospital with acute pancreatitis – the inflammation of the pancreas which can cause extreme pain, vomiting and even death.

He was close to dying, but fortunately pulled through and went into rehab in Wiltshire.

But even that didn't work, his autobiography reveals, because he later drank so much on a holiday on the Turks and Caicos Islands in the Caribbean that he had to be airlifted to New York.

Despite the setback, Phil eventually quit drinking for three years. Yet his health problems still weren't behind him and, in 2015, he underwent major back surgery which left him reliant on a walking stick.

He also broke a bone in his foot around this time and was seen wearing orthopedic shoes. 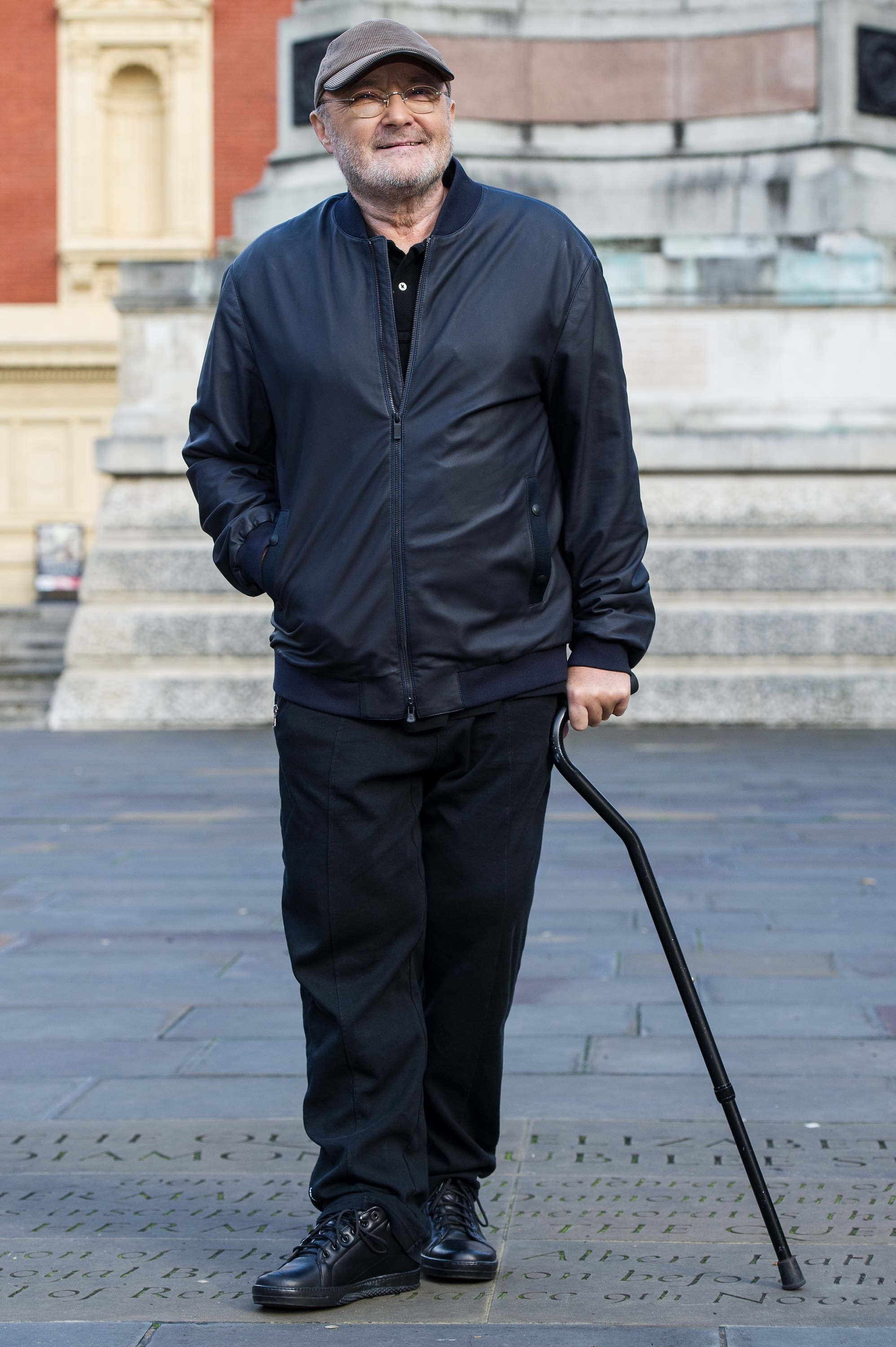 The following year, the Easy Lover hitmaker reconciled with Orianne – who had by this point filed for divorce from investment banker Charles.

Orianne herself had suffered from ill health, sustaining a paralysing back injury in December 2014. Phil was said to have helped nurse her back to health, before they rekindled their romance.

But last year Orianne left Phil because she claimed he did not 'take care of himself.'

She told The Sun: "I felt like I was trapped in a golden cage. When someone’s depressed, it’s hard to help them out. As much as you love them, why would you keep it up? After years, you get fed up. Phil didn’t take care of himself."

Forced to sit during gigs

In 2017, Phil was spotted sitting down or leaning against the piano during gigs – while still blighted by back and hip problems. And that June, he was raced to hospital after slipping in his London hotel.

The London-born star – who had been suffering from 'drop foot' as a result of earlier back surgery – was treated for a gash to his head after falling on his way to the toilet in the middle of the night.

A source told The Sun at the time: "Phil is in a bad way with his head in bandages. He is conscious and talking, but he is frustrated and upset about having to cancel in his gigs."

Yet again, the singer fought back and defiantly extended his tour. 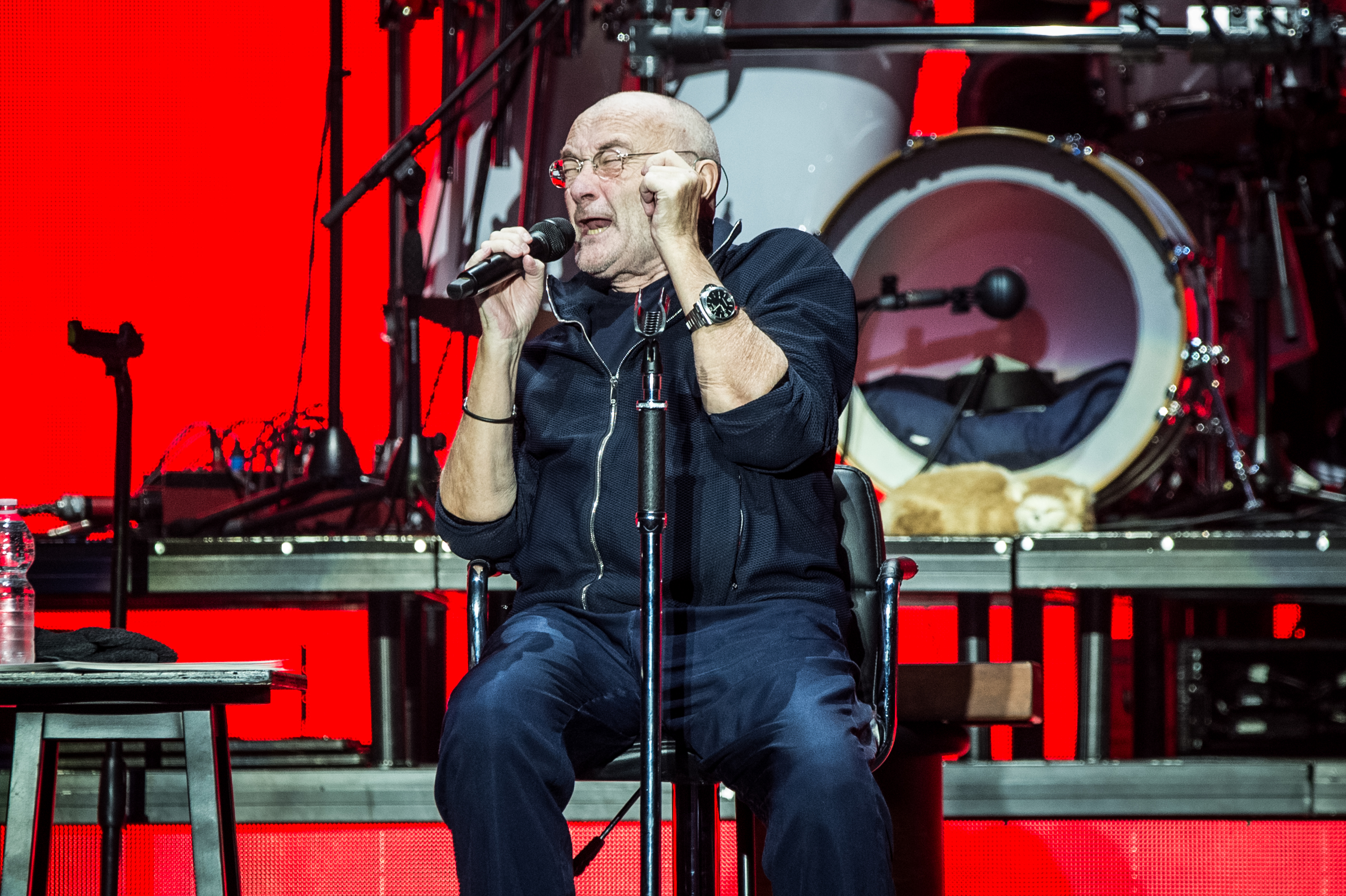 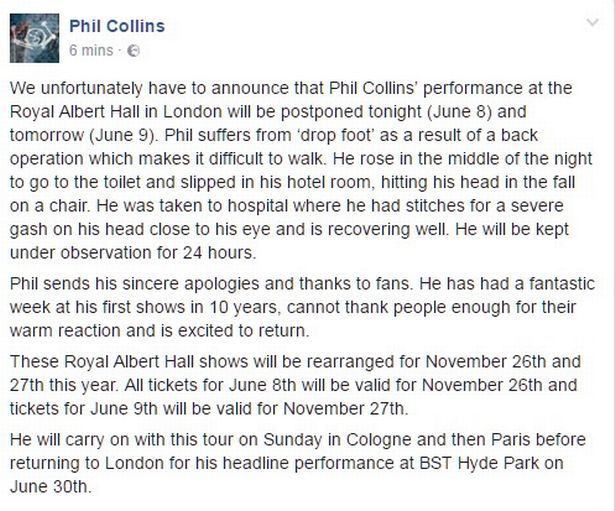 "I can control boozing"

The same year, Phil revealed he was drinking again. Despite his previous near-death experience, Phil insisted he could control his boozing and was capable of enjoying “a couple of glasses of wine”.

"I didn’t drink for three years," he said in a US interview.

"I personally do not believe I was an alcoholic. I had a problem with alcohol. I didn’t have anything else to do, and I enjoyed it. But when I had to stop because it was killing me, I stopped.”

Since then, Phil has appeared in great spirits during his shows, telling an Ohio audience last year: "I’ve had a back operation and my foot is f***ed… but that won’t stop us from having fun, will it?"

Yet despite his upbeat attitude and unwavering determination, he sparked health concerns after falling onstage at his show in Charlotte, North Carolina in 2019.

He fell backwards in his chair while watching son Nicholas perform a drum solo – only a day after he was seen being helped into a wheelchair in Georgia.

But true to form, Phil bravely carried on with his show and is back singing with Genesis again.

Against all odds, he's not given up.