Pitbull, Gloria Gaynor, and more will perform from New York and Miami 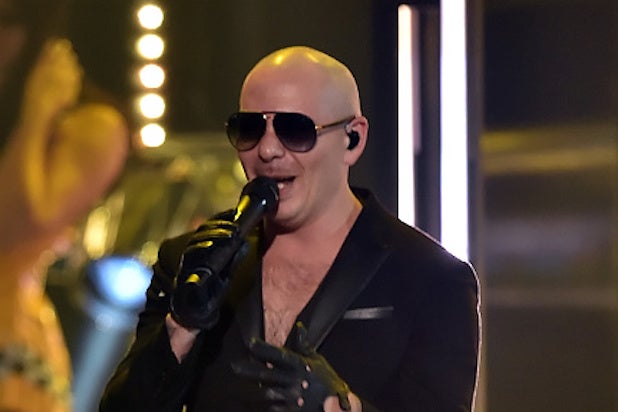 Univision will ring in New Year’s Eve from both New York and Miami with “¡Feliz 2021!” (Happy 2021!) with a jam-packed night filled with performances and celebrations.

Starting at 10pm ET/PT and 9pm CT, hosts Raúl de Molina, Alejandra Espinoza, Rafael Araneda, and Angélica Vale will take a look back at the crazy year, and viewers can participate in the night by using the hashtags #AmorEnNavidad, #Nuestra Navidad and #Feliz2021 on Facebook and Instagram.

International music star Pitbull will keep his New Year’s Eve performance tradition, which this year will be broadcasted from New York’s Times Square instead of his hometown of Miami. He’ll be joined in New York by iconic superstars Anitta, Gloria Gaynor, and Andra Ray.

Aside from watching the traditional way via your television provider, the special can also be seen on the Univision app and Univison’s streaming service Univision NOW, which is available on both smart phones and online.

There may not be any parties this year, but if you’re looking for a way to celebrate saying good-bye to 2020, there are plenty of New Year’s Eve programs to choose from.

ABC is hosting it’s annual Dick Clark’s Rockin’ New Year’s Eve with Ryan Seacrest, the FOX is going all out with “New Year’s Eve Toast and Roast” hosted by TV personalities (and former Community co-stars) Ken Jeong and Joel McHale. And of course, CNN is standing by with its trusty celebration hosted by Anderson Cooper and Andy Cohen, which is always a fun time. (And is sure to be even more fun considering how crazy this year was.)

How, stream, to, Univision's
World News