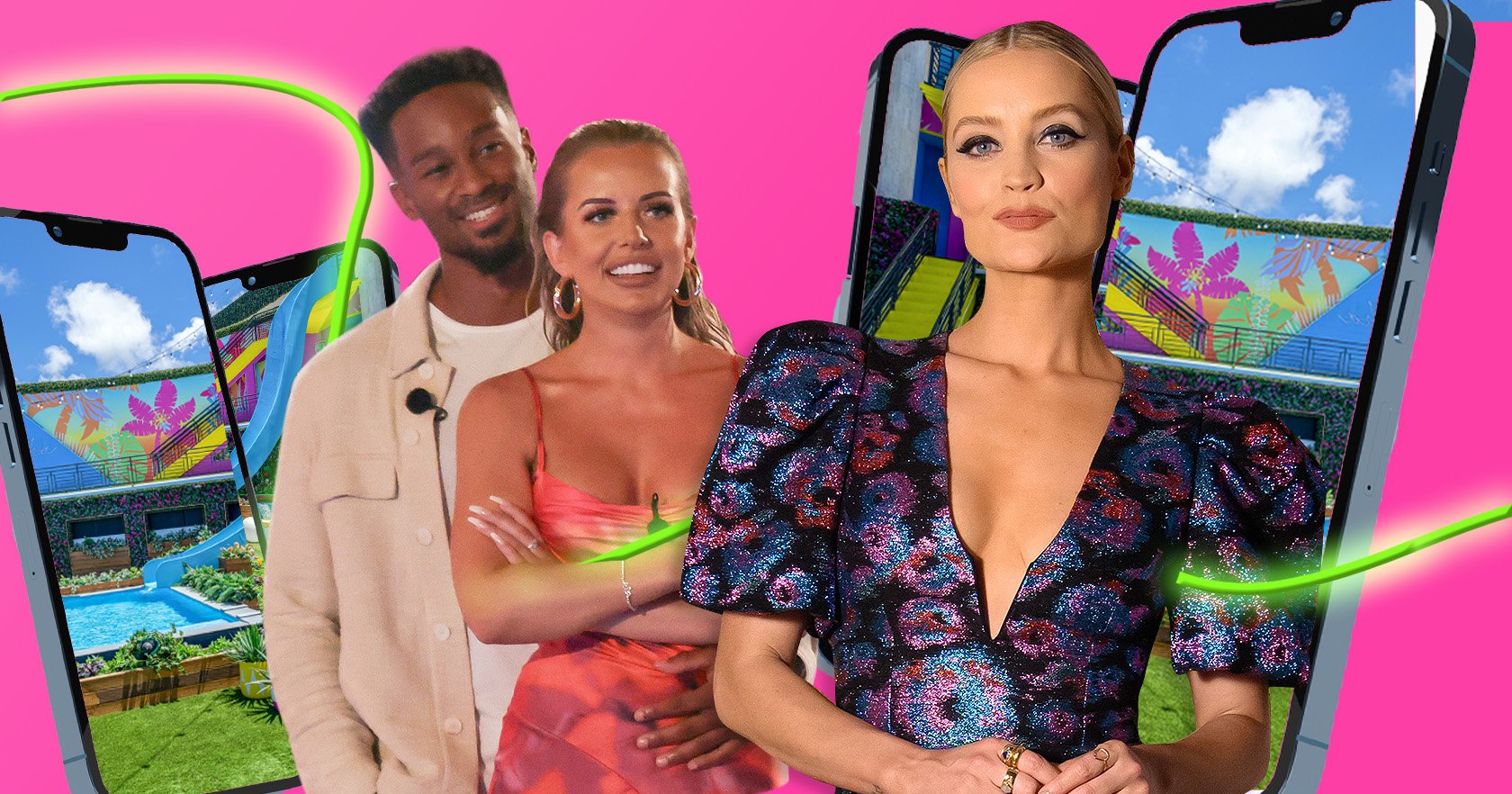 The Love Island final is finally here, and one couple will be crowned the winner of the 2022 series tonight.

Just four couples – Ekin-Su Culculoglu and Davide Sanclimenti, Gemma Owen and Luca Bish, Tasha Ghouri and Andrew Le Page, and Indiyah Pollack and Dami Hope – remain in the Majorcan villa and presenter Laura Whitmore will be on hand to reveal which pair has come out on top.

But what really goes down in the lead up to the last episode of the series?

According to previous finalist Faye Winter, who left the show in third place with her boyfriend Teddy Soares, the islanders are sent to another villa, phones are kept locked away, and the set is dismantled before their very eyes.

Thanks to Faye, we’ve got the lowdown on the whole build up to the live episode, and all the inside information on the not-so-glitzy aftermath, and it’s not what you’d expect.

Casting her mind back to the mammoth final day, Faye explains how the morning begins. ‘On the day of the final, you get a very long lie in,’ she shares. ‘You know it’s late because the time you wake it’s boiling hot and the sun is out.

‘You grab breakfast and you pack your bags and then you leave the villa while the production is in and setting up the garden for the final.

‘None of this is filmed and you don’t have your morning chats or anything. There’s a mound of clothes that all the girls get rid of and then we would take it out to the front of the villa because it would go to charity.’

Faye reveals that the islanders are then driven to a new villa, which is packed with guarded members of the production team.

‘Once you’ve packed your bags you all leave and all go into taxis and you go to the holding villa,’ she says, adding that she had never stepped foot inside the new accommodation before.

‘They had caterers in, so you’d get salad and pizzas,’ Faye tells us. ‘You’re not allowed to drink alcohol. You’re with production as well, the whole of production. Not just the villa producers. There must be about 100 people there.’

And there’s absolutely no chance of getting any information from the team of producers about who could win the series or what’s been happening on the outside.

‘They’re all really tight-lipped,’ Faye stresses. ‘You go into hair and make-up and again, the hairdressers and make-up artists hardly speak to you. The boys get barbers and stuff for the first time of the whole summer.

‘By this point, because we’ve literally just been speaking to each other all summer, we’ll literally chat to anyone, so we’re speaking to our hair and make-up like they’re our best friends.’

The finalists are driven back to the main villa around 7pm where they then have all their couples’ photographs and group shots taken.

They’re then fitted with their microphones and kept inside the villa, so they’re kept away from all the chaos and commotion of the live audience and final touches.

‘It’s all very hush hush,’ Faye spills. ‘Teddy snuck out onto the garden at one point and was wrist slapped and told to go back inside because I think they may have seen something. We’re watched like hawks.’

While there’s no live rehearsal ahead of the episode airing, the islanders are shown where they need to stand, but that’s it.

‘During the ad breaks, make-up run in and touches up Laura and they don’t tell you anything,’ Faye continued. ‘But there’s a guy there who’s talking and keeping people entertained.’

So, what happens when the winner has been announced and the credits roll? Well, the set is immediately taken down before their very eyes and the islanders get to have a quick catch-up with their loved ones.

‘We get put back in the main villa where we’re allowed a five-minute call with our friends and family,’ Faye shares, but the islanders aren’t actually allowed their own phones at this point.

‘You call off productions phone,’ she explains. ‘You don’t get your phones back until the next day when you’ve spoken to welfare, the media team, Aftersun and done financial training.’

And as for the villa? ‘It’s literally dismantled in front of your eyes,’ she reveals. ‘It’s so weird because it’s all coming down around you. It’s a bit like a dream and it’s very sad because it doesn’t matter how much you pay, you’ll never be inside that villa again, and that really hits you.’

After their hurried phone calls, the finalists are then transported back to the aforementioned holding villa.

While many would presume a party would be on the cards, Faye reveals there was nothing by the way of celebrations for last year’s contingent.

‘We were hoping for a party but we didn’t get one,’ she tells us. ‘We literally got sent to bed.’

And the islanders are kept in the holding villa for some time before catching a flight back to London.

‘You then get your phones back, stay another evening and then fly back home the next day,’ Faye says. ‘You’re in a holding villa for a whole day, then you sleep and then you go. By that time, all you want to do is go home and see your friends and family.’

And the airport is a bit of a stress too. ‘You’ve got security with you the whole time shipping you through and it’s very chaotic,’ she remembers. ‘You all get allocated a member of production, welfare, and a security member.

‘You just need to get through the airport, keep your head down.’

Well, there you have it, the reality of the Love Island final from a finalist themselves.