During Sunday’s BBC instalment, the seven celebrities, which included Neil Morrissey and Debbie McGee continued their trek along the Camino de Santiago pilgrimage to their destination of the Cathedral of Santiago de Compostela. However, just minutes into the programme, comedian Ed couldn’t help but make a dig at some of the stars as he branded them “idiots”.

The programme showed how the celebs had to spend 15 days together as they lived like modern-day pilgrims.

The journey put them through their paces and pushed them to the point of exhaustion. 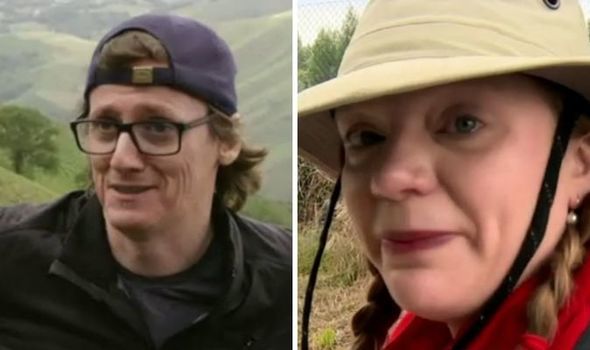 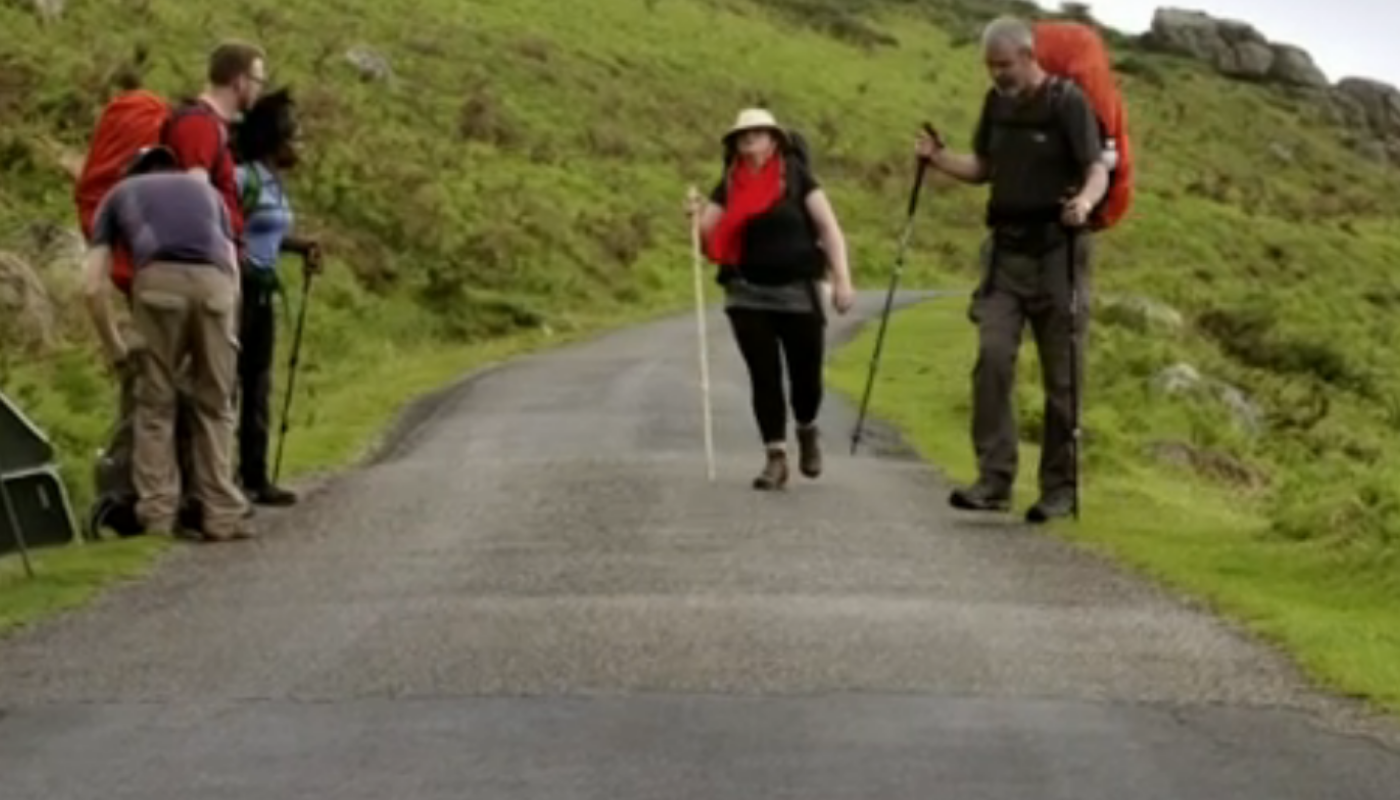 Neil continued: “That’s one of the most horrible kilometres anyone will do in their life.”

In the episode, the Men Behaving Badly star asked the reverend: “How you doing?” To which she protested “I’m not walking another step, no I’m not.”

Speaking to the camera about his co-stars’ constant complaining, Ed began: “They’re moaning because they didn’t realise pilgrimages involved walking.” 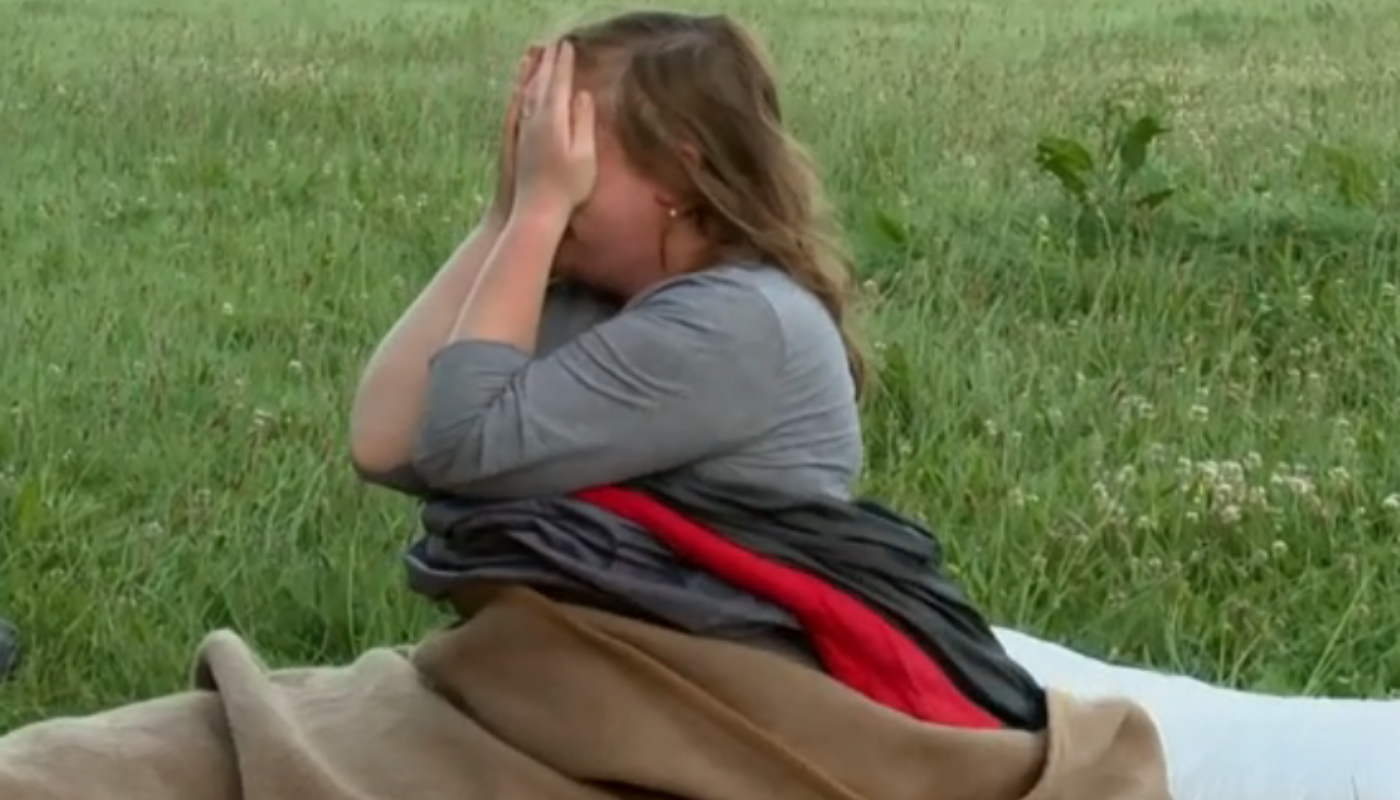 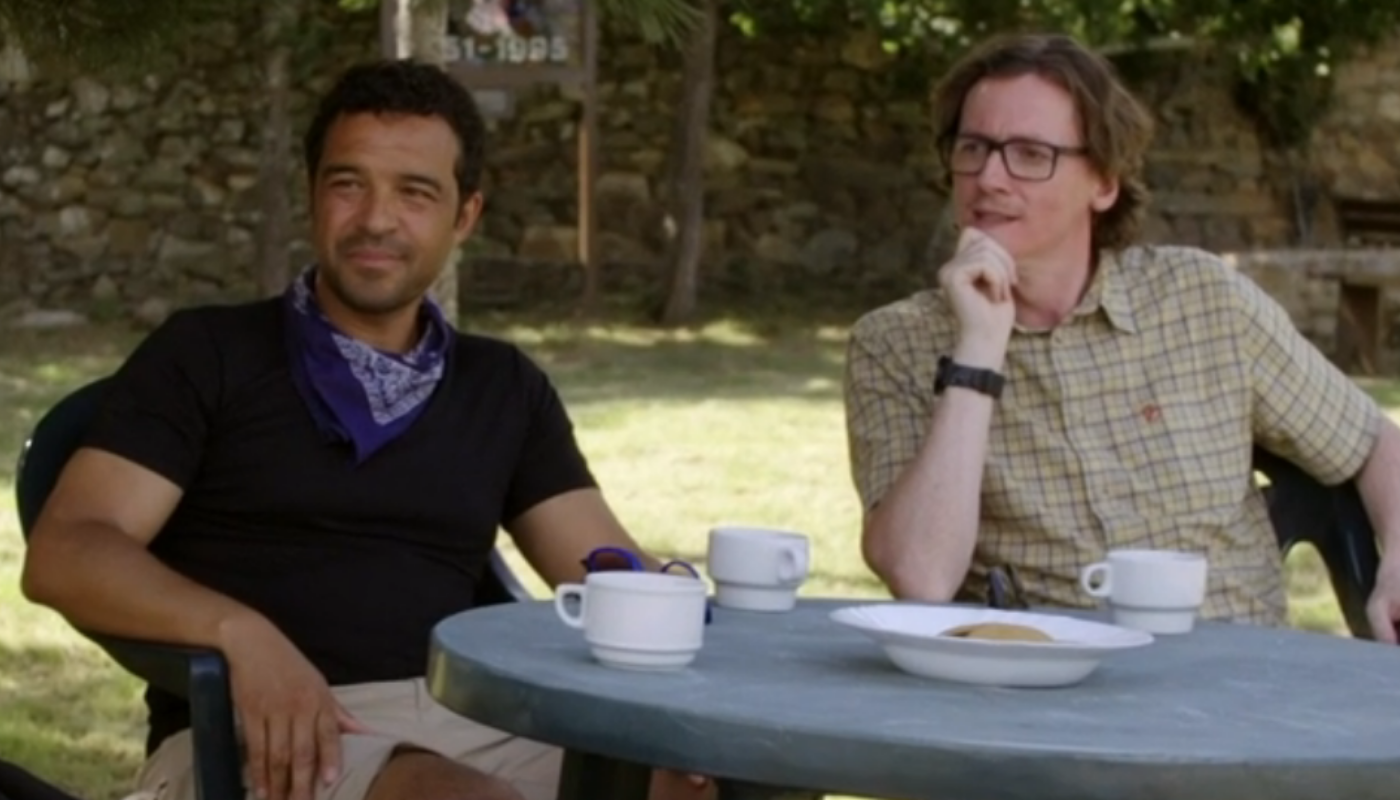 When they took some time to rest, journalist Raphael Rowe quizzed vicar Kate on whether she was religious.

“I don’t think this is building my faith at all,” Kate confessed. “I think my faith had taken a knock.

“This morning I hadn’t even done my prayers because I couldn’t face it.”

Elsewhere in the episode, as part of their trek, JJ Chalmers, Kate and Neil went to a monastery.

Although, Neil spotted something located in the town which put a smile on their faces.

“Is my Spanish bad to does that say Fuente del vino? Neil said as JJ quizzed: “What does that mean?”

Neil simply replied: “Fountain of wine.” However, Kate wasn’t convinced as she commented: “It won’t be real wine.”

“There is a tap with wine coming out of it, is that right?” she asked a local resident.

When they told her it was real wine, Kate joked: “There is a God.

Pilgrimage: The Road to Santiago returns on Sunday at 11am on BBC One.