I’m A Celebrity…Get Me Out Of Here! 2019 has kicked off and tonight Caitlyn Jenner will take part in the second Bushtucker trial of the series. Ahead of ITV viewers seeing how many stars she wins, former Queen of the Jungle Scarlett Moffatt joined the Loose Women to discuss her time on the show. And she spoke about the time she was tasked with cleaning out the dunny.

Back in 2016 the former Gogglebox star shot to fame when she was crowned the winner of the 16th series.

Today she looked back on her time in the jungle and spoke about the trials she took part in and the tasks she endured, specifically the time she had to clean the dreaded dunny.

“The Jungle, everyone’s in now, do you get excited for them? Does it take you back?” Ruth Langsford asked.

“The thing is, when I did Gogglebox and watched the Jungle, I was an armchair warrior, I would be like ‘why are you crying?’ But then when you actually do it, I was like ‘Ah I’ve made a big mistake! This is horrific.’” She replied. 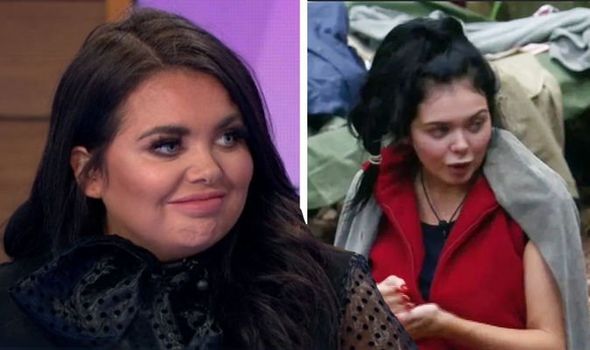 “What was the worst one you did? Do you have nightmares about any of it?” The host continued to probe.

“Being in that cave, where the water was filling up and there were all these rats. But they went to the all the warm places, so they were in the crevices and round your neck,” she remarked.

Saira Khan then interjected and said: “You said about the dunny, the best day to clean it is on day four because…” 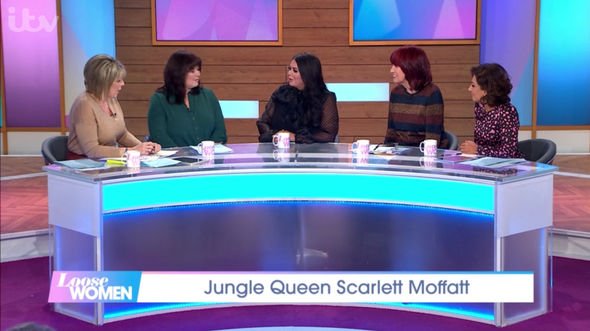 “Just once [she cleaned the dunny] when it was constipation day and it was an empty bucket!” The reality star added.

Janet Street Porter then spoke about her own experience of when she was in the Jungle back in series four.

“When I was in the Jungle, that dunny.. I did not do a number two the entire time I was there,” the journalist revealed.

“I’m not surprised, when you’re eating rice and beans all the time it does bung you up,” Scarlett said frankly.

Last night, fans of the show tuned in to see the main camp in Croc Creek attempt to win their luxury items.

Adele Roberts and Kate Garraway were the only two to win their items.

The BBC Radio 1 DJ proudly showed off her photo of Jane McDonald while the Good Morning Britain presenter was pleased to receive her concealer.

Scarlett revealed her luxury item to the Loose ladies and said: “Fake tan!”

“I didn’t use it – I just didn’t care! It’s weird, I went in there and thought I would miss fake eyelashes and fake tan,” she added.

Later this evening, Caitlyn is going to take part in Face Your Fears.

A sneak preview shows the reality star having her head in a plastic ball which is joined by several snakes.

Her task is to unscrew as many gold stars as possible in the boxes, but of course, she won’t be alone. 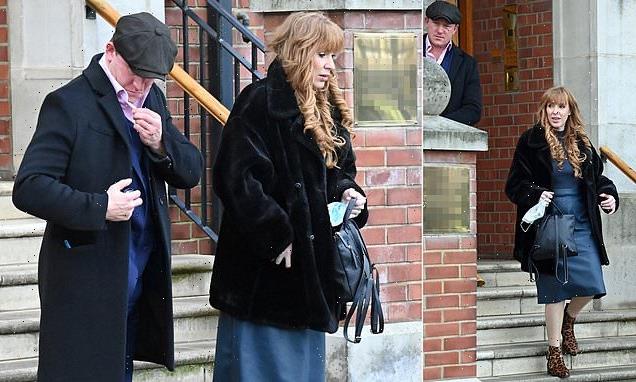