Home » Is this the biggest clue that Game of Thrones prequel is filming in Cornwall?

Is this the biggest clue that Game of Thrones prequel is filming in Cornwall? 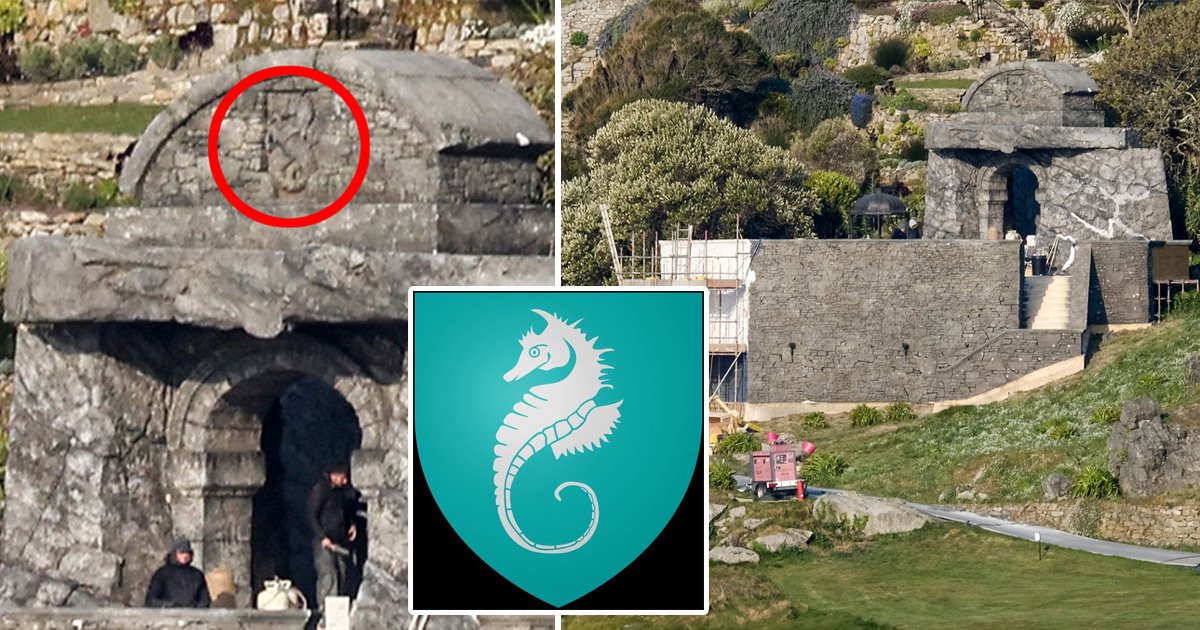 Game of Thrones fans have spotted what they believe could be the biggest clue yet that the highly-anticipated prequel House of the Dragon is filming in Cornwall.

Earlier this week, pictures taken in Cornwall fuelled rumours that the House of the Dragon production may have begun, with locals spotting crew members assembling a medieval-looking stone archway in the English seaside spot.

Lorries were also seen at Penhale Camp near Holywell, Newquay with the Warner Bros logo embossed on the side, although it remains uncertain whether the vehicles were connected to the series.

In a new close-up picture of a stone archway erected in Cornwall, a symbol can be seen at the top of it that appears to look like a seahorse.

Several Game of Thrones noted that the symbol appears to resemble the sigil for House of Velaryon, a noble house that is due to appear in House of the Dragon.

The sigil for the House, whose motto is believed to be ‘The Old, the True, the Brave’, is a silver seahorse set against a sea-green background.

In a post shared on Reddit, one fan theorised that the stone archway could be part of Driftmark, an island of Blackwater Bay where the seat of the House is situated.

One Reddit user commented that they were ‘irrationally excited about seeing Driftmark’.

Game of Thrones, house of the
World News