Home » TV & Movies » 'It would be fantasy': Raji James reveals why Hollyoaks had to acquit Ali

'It would be fantasy': Raji James reveals why Hollyoaks had to acquit Ali 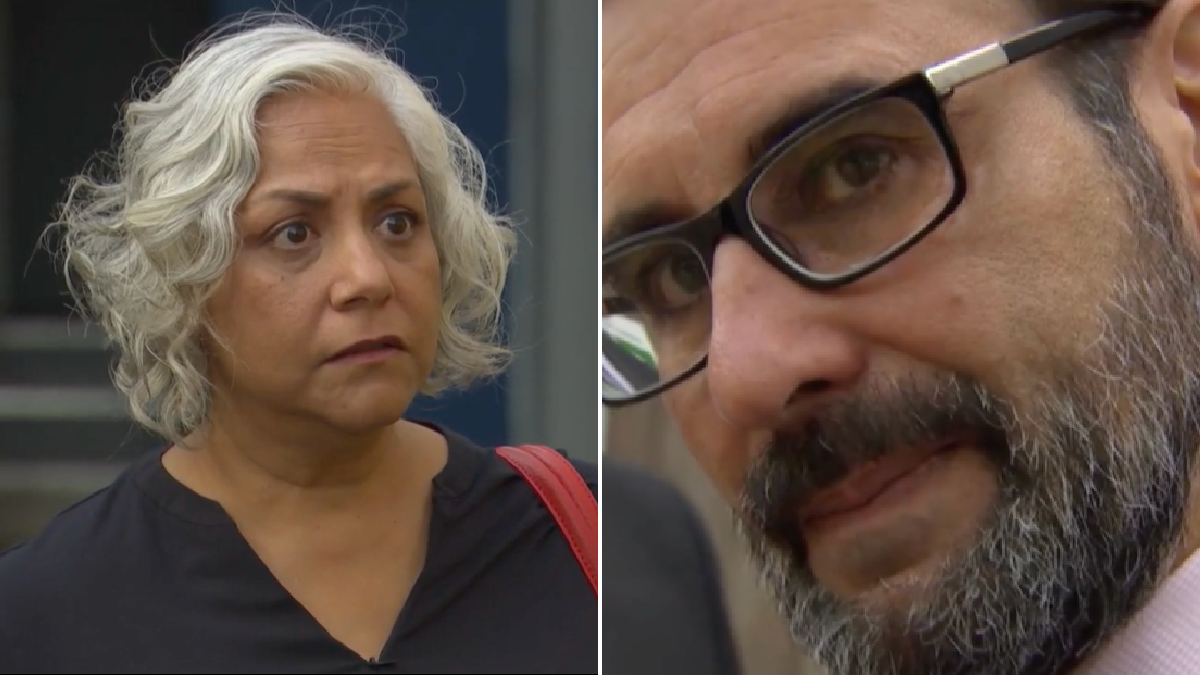 Misbah Maalik (Harvey Virdi) was left devastated in Hollyoaks, as she learned that rapist Ali Shahzad was acquitted – on the very day she was due to speak about her ordeal in court.

And actor Raji James has discussed with Metro.co.uk why the outcome had to be played out this way, due to the shockingly low conviction rates from rape charges.

Ali, as viewers know, was set to stand trial this week, after Misbah bravely spoke out about her ordeal last year.

Misbah had been incredibly nervous about facing her abuser in court, but some support from her nearest and dearest left her feeling ready to do so.

Tuesday’s (June 28) first look edition of the Channel 4 soap saw the day of the trial arrive, and Misbah headed to Dee Valley court, surrounded by her family.

Ahead of proceedings, the doctor decided to take a walk to clear her head, but upon returning to the courthouse, she was stunned to see Ali gleefully exiting the building with his lawyer in tow.

‘The way these guys get away with this stuff is because on the outside they’re respectable people and they’re believable,’ the star said, reflecting on how his character was introduced, existing in plain sight and presenting himself as an innocent man.

‘There’s downright misogyny in that “if a man says it, he must be right.” We wanted to touch upon that side of it. To me it’s a shock and abhorrent that 1% of sexual assaults and rapes have a successful prosecution.

‘It’s ridiculous in this day and age. And an awful lot of that is about, in the first instance, the victims just not being believed. because they say “This man has done this” and people say, “Oh he can’t have done that, he’s not that sort of man.”

‘That’s the bit, in my opinion, that needs to be combatted. No one is “not that type of person” because if they’ve done the thing they’ve done, they are that person.’

However, Raji went on to assure that the audience will still see some sort of ramifications for Ali, insisting that the story from the start was about showing ‘justice is possible.’

‘It was a case of finding the route within the story that was still honest and truthful and logical,’ he mused. ‘To say what if there is a justice but it’s not a complete justice, but that’s the direction it went in.

‘And also what we had to do was that we can’t make it complete fantasy and it comes to something if you showed him being convicted of a historical rape in a court that would be seen as being fantasy.

‘I think that says something about our society – that that part of the story, if we showed that, would be unbelievable.’

Hollyoaks continues Wednesday June 29 at 7pm on E4, or stream the next episode from midnight on All4.