Tipping Point: Bruno Tonioli says the game is 'not fair'

Strictly Come Dancing judge Bruno Tonioli, Coronation Street actress Catherine Tyldesley and This Morning’s Dr Zoe Williams joined Tipping Point host Ben Shephard in the hopes of winning a large sum of money for their chosen charities. However, during the first round, Bruno lashed out at Ben after he lost two of his counters, leading him to claim it wasn’t “fair”.

During the first round, it was a battle between Bruno and Catherine as they fought one another to the buzzers.

As Bruno managed to swipe it from Catherine’s hand, he finally managed to get his second counter into the machine.

Supporting Bruno, Ben said: “Fire it up please, now Bruno when you are ready. Here we go. It is a good settle so that is nice Bruno, it will move that mystery but is the top shelf ready?”

Excited about where the counter was heading, Bruno quipped: “That is what I wanted,” however, nothing dropped off from the shelf. 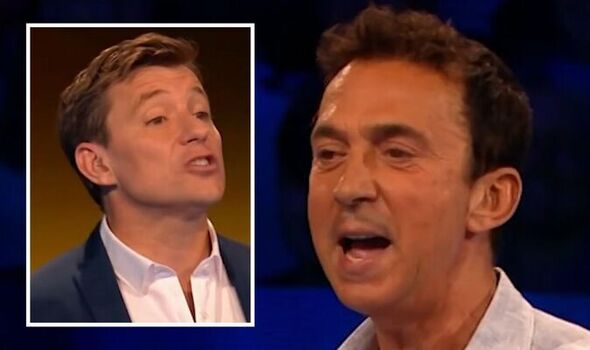 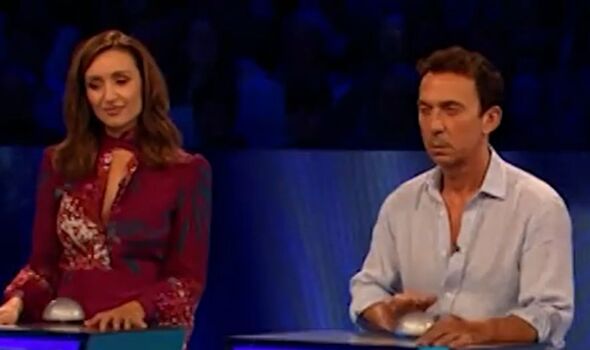 He asked: “Oh wait what is going on?” to which Ben explained: “She just shuffled the shelf, wasn’t quite ready to pay out I am afraid, Bruno.”

Confused about what had happened, Bruno sadly commented: “So I made no money?”

Good Morning Britain’s Ben confirmed: “No money, not this time.”

Outraged and disappointed, Bruno exclaimed: “Well that is ridiculous! It is not fair!”

But Ben reassured him: “The good news is you have one counter left to play still.” 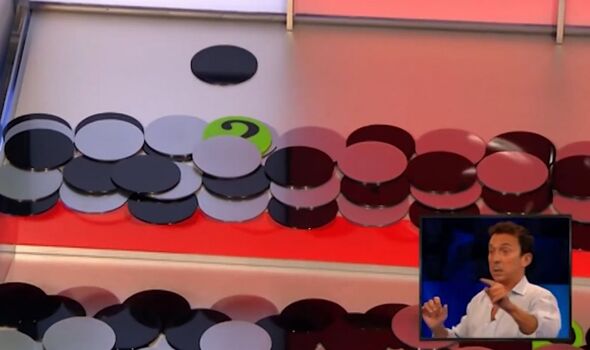 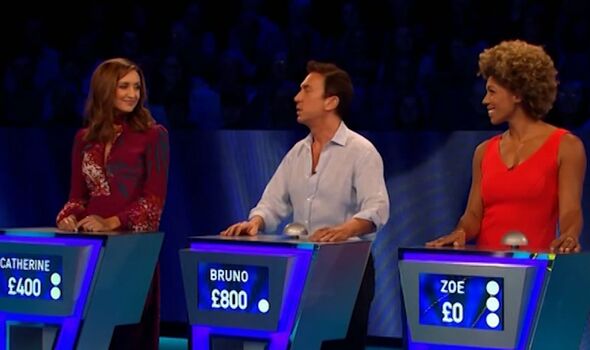 However, luck wasn’t on Bruno’s side during the first round, as he lost the chance to play his third and final counter.

Bruno buzzed in too early before Ben could finish asking the question which was about the famous novel by John Steinbeck, Of Mice and Men.

Rushing to answer, Bruno said: “Oh, the grapes! Grapes of Wrath!” before Ben bluntly replied: “No, that is wrong.”

After finding out he had lost his counter, he shouted: “Oh no! What a shame.”

Sadly for Bruno, he was eliminated from the competition and managed to win £1,300 for his chosen charity.

He told Ben: “It has been a pleasure! It is a charity called Fight For Life. They provide medical equipment and medician for very sick children.”

Catherine and Dr Zoe went ahead to battle it out in the third round with Zoe coming out on top, leaving Catherine to leave with £2,200.

Leaving the competition, Catherine commented: “It is the Royal Manchester Children’s Hospital which is just, we are so lovely to have it in Manchester, such a wonderful place

Zoe entered the final round and only managed to successfully answer three of the six categories correctly, leaving her with a total of £6,700.

She decided to take the money and not risk losing it, which ended up being the wise choice as they took a look at how the last three counters would play out.

The jackpot counter was only moved by one of the three counters, which left Zoe happy with her decision.