Today’s edition of This Morning featured some unexpected surprises, as from the very first moment viewers were met with Ruth Langsford standing in the ITV studio alone.

The presenter revealed her husband and co-star Eamonn had been stuck “in a terrible accident” and was running late.

When the Irish host, 59, did eventually show up to work, he was quick to blame his ordeal on today’s guest – the magician and long-time acquaintance David Blaine.

Long-time viewers may remember Eamonn attempted to interview the entertainer 18 years ago – and the results were disastrous.

Ruth, also 59, called the live TV moment Eamonn’s “worst interview ever”, because David refused to speak throughout the entire thing.

Taking to the sofa, Eamonn began: “I made it through a traffic jam, through the centre of London, brought to me by David Blaine.”

“You think it was him?” Ruth asked with a giggle.

“Yeah I thought this is another bit of ‘hocus pocus’,” Eamonn declared, before asking the guest if he had in fact caused it.

When it was finally time for their second interview however, David decided to relent and explain the truth of what actually happened. 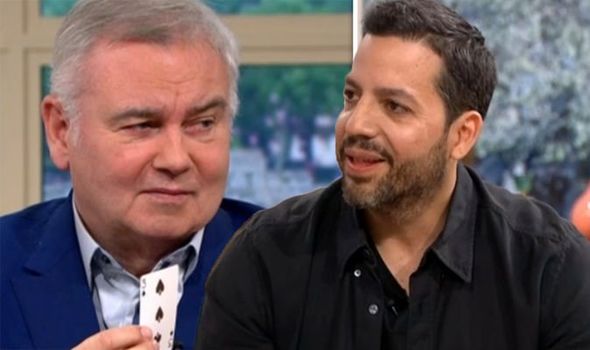 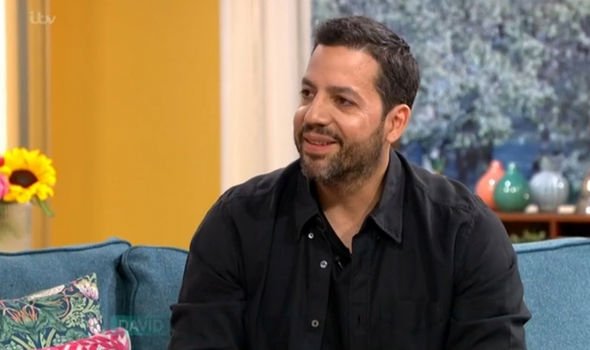 I thought this is another bit of hocus pocus

“So it was like I’m gonna make sure, that people will stop…”

“Stop and look,” Eamonn cut in, but he continued to frown.

“So I was thinking a card trick would be too boring,” David continued. “It’s not gonna stop the people in the green room from chatting so I last minute came up with that idea, so I did the whole thing, which I thought was funny myself.

“I’m glad one of us thought it was funny,” Eamonn grumbled.

“But when I was exiting the studio I had to walk past the green room,” the magician carried on. “And I just took the mic off and went. 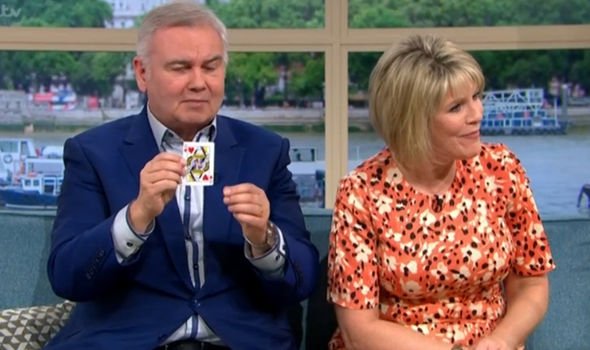 “And when I walked past the green room I looked over, and I went into the room, and every person in the room was going [he demonstrated with his mouth wide open]. Like they had just seen the craziest thing!”

Ruth then teased: “I was at home going [the presenter then cringed].”

Luckily, Eamonn appeared to see the funny side, as he quipped: “And what happened was my hair turned grey right after that. Do you not think that was wicked and cruel?”

This Morning continues weekdays at 10.30am on ITV.