Jacqui, 57, was revealed to be the last celebrity taking part in this year’s series of Strictly Come Dancing after serving as the Home Secretary under the Labour Government. The politician now makes regular appearances on Good Morning Britain and LBC to debate some of the day’s biggest headlines. Ahead of the launch of the BBC dance show on Saturday night, the contestant spoke on the ITV news show and shared her excitement about training. However, fellow guest Iain Dale, 58, seemed to let slip who the amateur dancer had been partnered with. 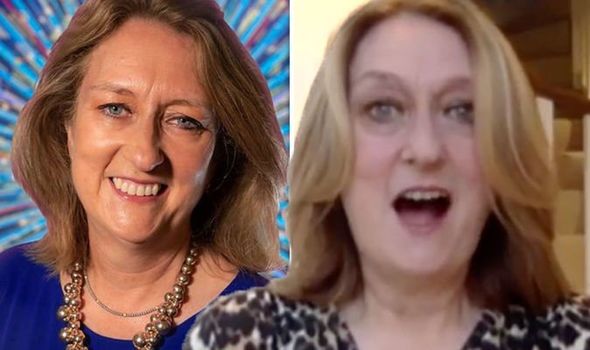 Viewers will officially find out who this year’s cast have been partnered with this weekend and due to coronavirus restrictions, the launch will be a little different.

For example, the programme has been pre-recorded, so the celebrities already know who they will be training with.

Explaining this, Jacqui said she is now already in training but Iain jumped in as he gave away a big spoiler as to which professional is helping her.

He told viewers if they check who likes the former politician’s tweets on her social media page, then they would discover which male dancer she is partnered with.