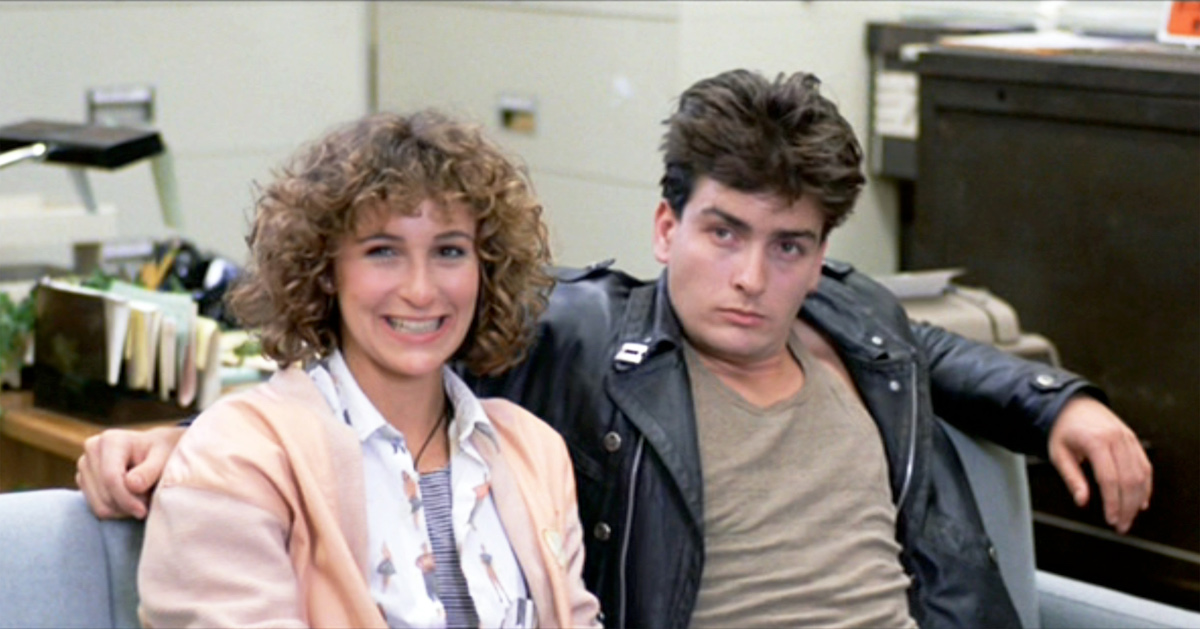 Grey appeared in Ferris Bueller’s Day Off as Jeanie, Ferris’ goody-two-shoes younger sister. She’s the antithesis of everything Ferris (Mattthew Broderick) represents. In other words, Ferris Breaks rules. Like a true “Karen,” Jeanie attempts to force him to keep them.

In a new interview with Yahoo! Entertainment, Jennifer Grey admits that she isn’t exactly as straight-laced as her character. Between crashing the downtown Chicago parade scene and a new revelation about her scenes with Charlie Sheen, Grey is clearly more of a free spirit than Jeanie Bueller.

Grey told Yahoo! that she loved working with director John Hughes on the film. She trusted him, she says. As a result, he trusted her with some of his ’80s movie scenes that could have easily been awkward. He even trusted her with a critical casting decision.

“John Hughes was a genius,” she said. “And the kind of improvisational freedom that he gave me when I worked with him meant I trusted him so much.”

Grey claims she recommended a then-lesser-known actor named Charlie Sheen for a small role opposite her. In the movie, Jeanie lands in a police station and develops an attraction for a bad boy facing a drug charge.

“I had done Red Dawn with Charlie, and John didn’t know him,” Grey told Yahoo! “He only knew Emilio [Estevez, Sheen’s brother] because he did The Breakfast Club. I said, ‘Oh, his younger brother is so great. He’s so weird and funny; you would love him.’ They brought him in, and they gave him the part!”

Grey explained that because the scene was improvisational, she and Sheen had trouble keeping a straight face while filming it.

“When we shot it, it was really hard to keep a straight face,” she said. “It was all improvisational. John would just yell out while we were shooting, ‘Say “Most guys call me Shauna,”‘ and I was like ‘OK.’ I trusted him because I knew he had a vision.”

The scene served to give Jeanie more depth and sympathy as a character. It was a decidedly cute, feel-good addition to a role that could easily have been dismissed as totally bitter.

Musing on the possibility that Jeanie Bueller and Garth Volbeck, Sheen’s character, could have ended up together, Grey said she didn’t think so. She doesn’t think they belonged together. His purpose was simpler, and yet more profound, than that.

“I don’t think Jeanie ends up with anyone for a really long time,” Grey said. “I think he just showed her that she’s more than she had thought of herself.”

Grey is set to be an executive producer on an upcoming reboot for another ’80s movie. Her Dirty Dancing sequel is likely to bring her back to back to the forefront of the film industry.