JEREMY Clarkson trolled a Who Wants To Be A Millionaire? contestant's phone-a-friend after they made a huge blunder with one of the questions on last night's show.

The 59-year-old host was left unimpressed when hopeful Jodie didn't use her lifeline to ask him on a military-related question. 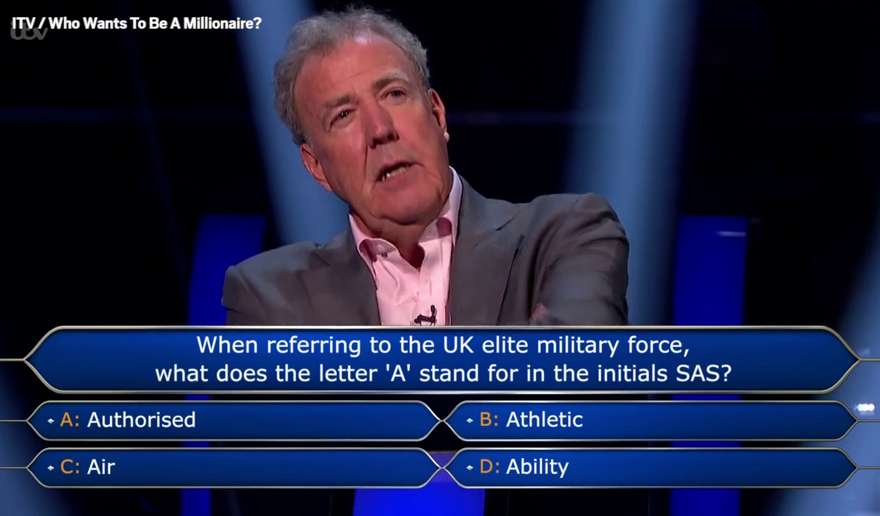 Jodie had been asked: "When referring to the UK elite military force, what does the letter 'A' stand for in the initials SAS?"

Presented with the options Authorised, Athletic, Air, and Ability, the stumped contestant decided to call her step-dad Kevin for guidance – but he fluffed the moment by accidentally blending two of the options together when giving his answer.

When he repeated the answer, Jodie snapped: "No, it's air or ability." 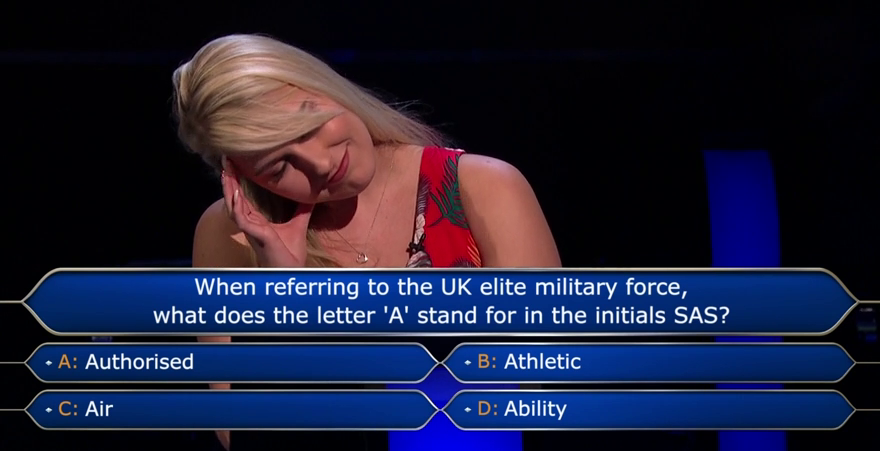 Kevin settled on air but confessed he was "50-50", Jeremy then uttered: "What a show this one is turning out to be" while Jodie put her head in her hands as time ran out on the call.

Jodie then used a second lifeline, asking the host for assistance.

Showing his disapproval at not being asked the first time around, Jeremy remarked: "Here's what I think… I think you should have spent some time researching me before you came out because I presented what, four military history documentaries? 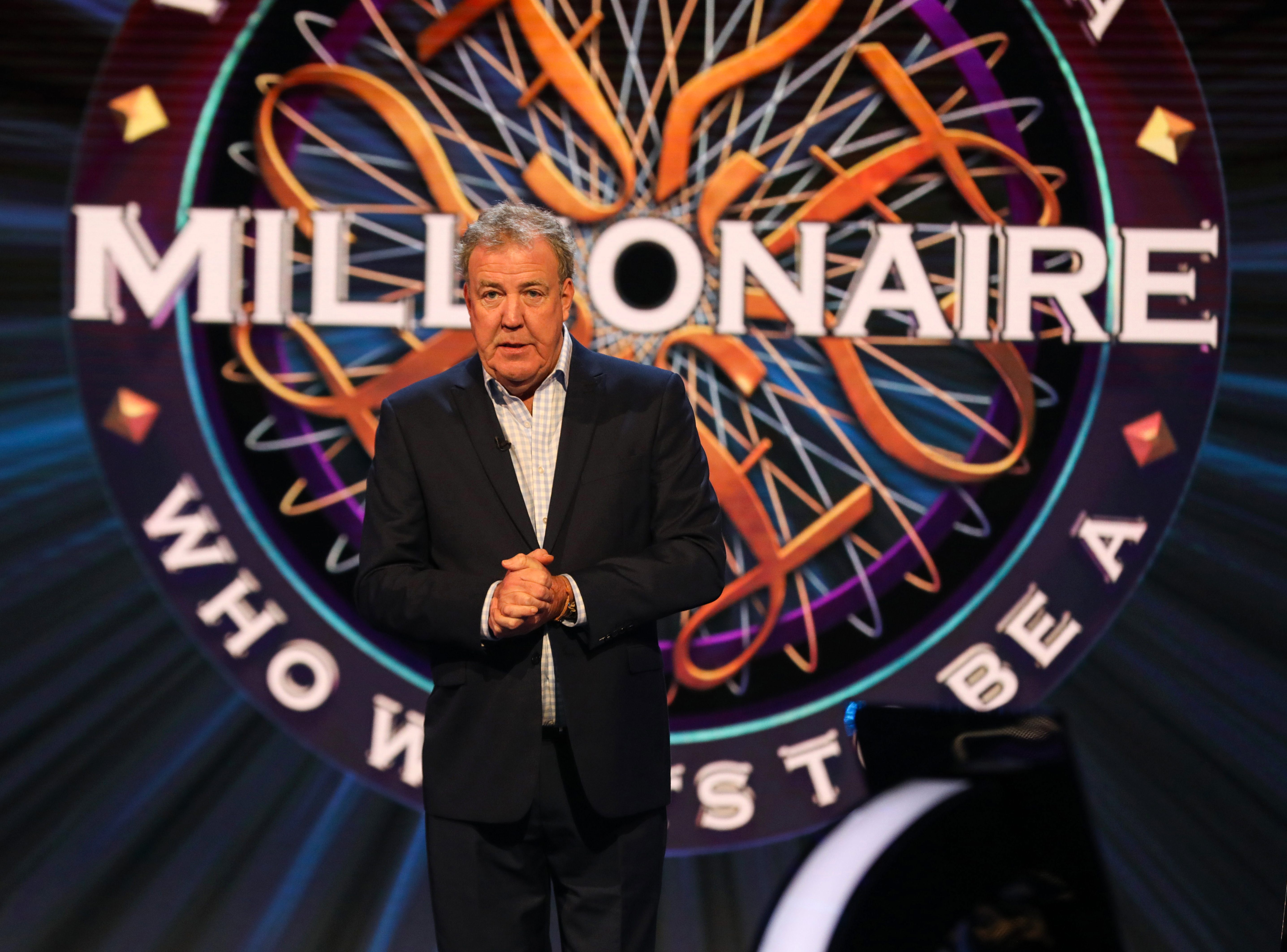 "You didn't know that did you?"

Thankfully, Jeremy's answer was right – with The Grand Tour presenter previously being teased for failing to know the answers when contestants used their Ask The Host lifeline.

While the show aired, Jeremy couldn't resist further mocking Kevin for his blunder while live-tweeting the show.

Jeremy replaced Chris Tarrant as the host of Who Wants To Be A Millionaire? last year, with the show airing on Sundays at 8pm on ITV.