Jim Carrey Reportedly Improvised the Dirtiest Joke in ‘The Mask’ Part of Jim Carrey’s appeal as a performer is his unpredictability. The actor is known for throwing himself completely into each role. And over the years, he has even applied that same manic energy to his appearances on awards show. For example, remember the time Carrey tried to kiss Will Smith on national TV? No wonder Carrey’s movies are often so wild.

The actor famously stayed in character while playing Andy Kaufman in Man on the Moon. But even in his less extreme roles, he still goes a bit further than he needs to. In fact, Carrey improvised one of the dirtiest jokes in his 1994 hit The Mask. And most younger fans of the movie might not have been noticed it at all. 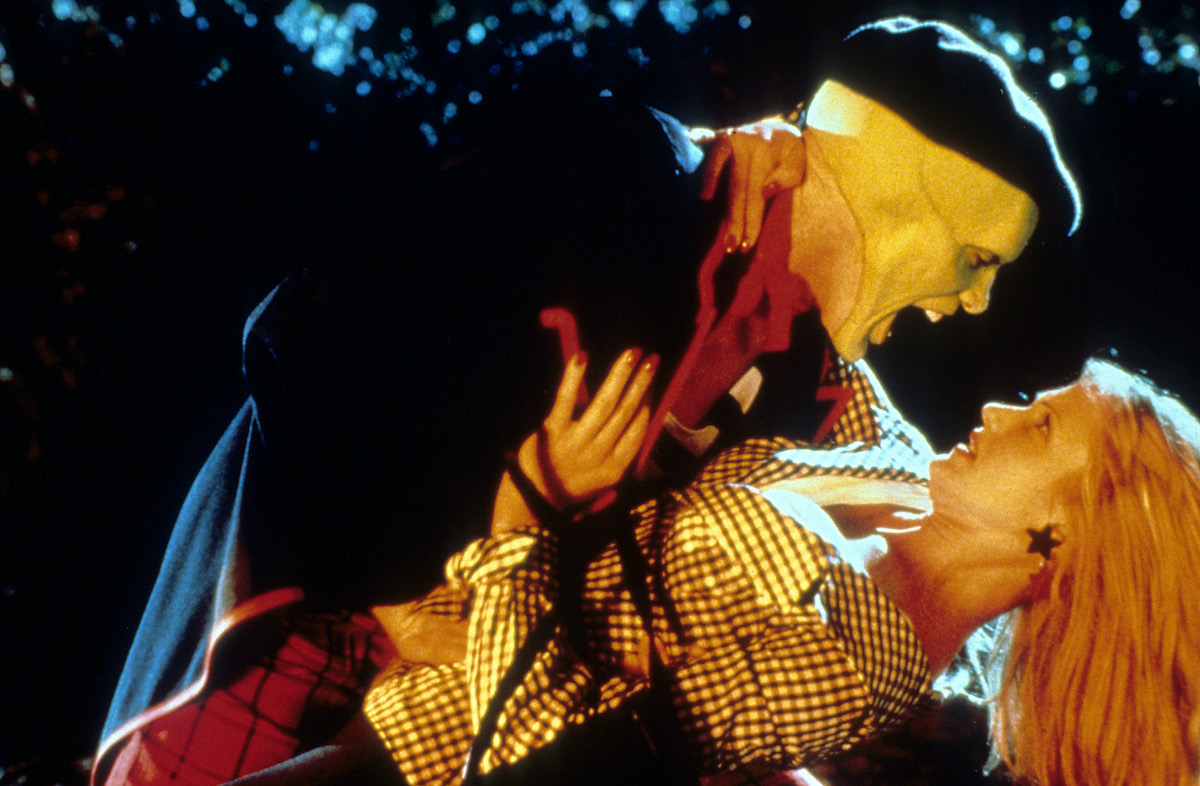 Jim Carrey had an incredible breakout year in 1994

In the 1980s, Carrey was still trying to make it as a comedian and an actor. Despite landing a few movie roles — including the lead in 1985’s Once Bitten — he didn’t quite get the launchpad he needed until In Living Color. That early 1990s sketch comedy series gave Carrey the platform to show off his comedic range, impressions, and physicality.

So when Carrey wound up starring in a trio of big-screen comedies in 1994, the stage was set for superstardom. Ace Ventura: Pet Detective put him on the map as a major movie star. And by the end of the year, Dumb and Dumber secured his place as one of Hollywood’s biggest names in comedy. In between, Carrey made The Mask, which remains one of his biggest hits.

The actor improvised a shocking moment in ‘The Mask’

In The Mask, Carrey plays mild-mannered bank clerk Stanley Ipkiss. But when Stanley finds an ancient mask, he essentially becomes a human cartoon who becomes known as the Mask. Given the character’s wild energy, the role gave Carrey plenty of leeway to improvise. And improvise he did, though one particular gag barely snuck by the film’s PG-13 rating.

In one scene, the Mask masquerades as a balloon artist to confront a bunch of gang members. He creates a series of increasingly wacky things and ultimately scare the criminals away with “a tommy gun.” But in the midst of it all, the Mask also pulls what appears to be a wet condom out of his pocket. “Sorry, wrong pocket,” he says in a line Carrey came up with.

Although The Mask flirts with risque material, this blink-and-you’ll-miss-it moment is easily the most adult one. Since it stands out, it makes sense that it wasn’t scripted. Thankfully, most younger viewers probably didn’t understand the joke. In fact, its quick delivery is probably why the Motion Picture Association of America didn’t make director Chuck Russell cut it out.

Would Jim Carrey return for a direct sequel to ‘The Mask’?

Most fans and critics agree The Mask was the perfect marriage of star and material. Yet, despite its success, Carrey never returned for a sequel. Instead, audiences got 2005 spinoff Son of the Mask. The movie — which stars Jamie Kennedy — was a box office disaster and critical bomb.

Of course, Carrey has since returned for a long-awaited Dumb and Dumber sequel. So perhaps he would entertain a return to The Mask now. As he told ComicBook.com in 2020, all it would take is “some crazy visionary filmmaker” to pique his interest. Perhaps the Mask will return someday.