Kate Garraway has admitted that while she’s nominated for another National Television Award for a documentary about her husband Derek Draper, she doesn’t believe they’ll win for a second year in a row.

Tonight, the NTAs 2022 are due to take place at London’s OVO Arena Wembley.

While plenty of Britain’s biggest stars will be attending the event, celebrities including Ant McPartlin, Declan Donnelly and Nadia Sawalha have been forced to miss out after becoming unwell, with Ant and Dec revealing they tested positive for Covid-19.

Good Morning Britain presenter Kate is among the nominees, having received a nod in the authored documentary category for her film Caring for Derek, which was broadcast on ITV in February this year.

The documentary followed Kate and her family as they looked after her husband Derek following his return home from hospital, having suffered one of the most severe cases of coronavirus in the UK which left him needing round-the-clock care.

Last year, the broadcaster became tearful on stage as she accepted the accolade for her first documentary, Finding Derek, referencing her children and partner in her speech as she said: ‘To all the Darceys and Billys and Dereks and his family, whatever you’re going through, you’re not forgotten.’ 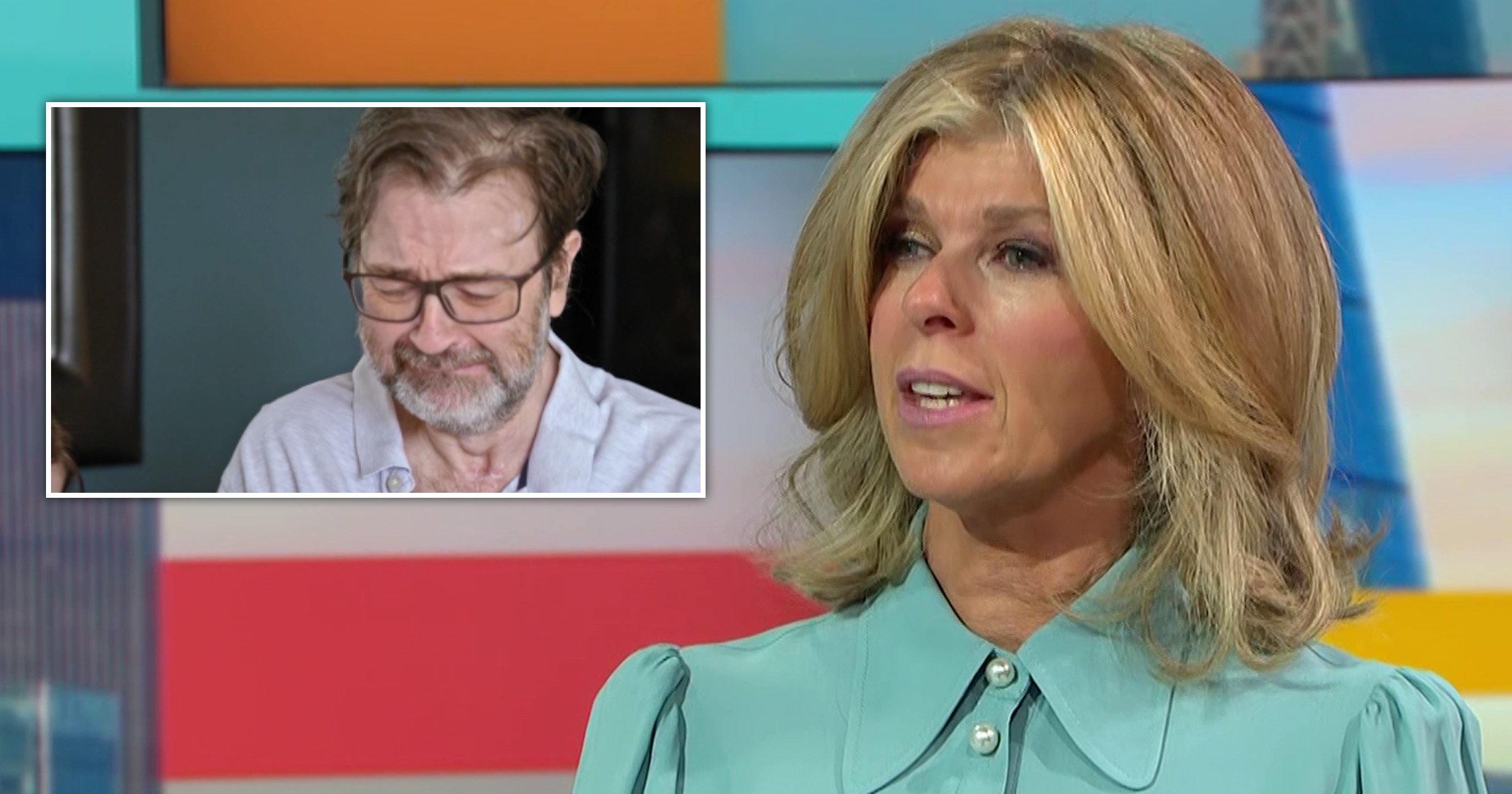 On Thursday’s GMB, Ben Shephard and Susanna Reid applauded Kate ahead of tonight’s ceremony as they wished her well to potentially pick up a second consecutive NTA.

‘It’s the biggest night in television, the National Television Awards, and our very own Kate Garraway is nominated,’ Susanna said, as she and Ben clapped.

‘Again, are [you] going for two and two, Kate Garraway,’ Ben said.

However, Kate humbly responded: ‘Well I don’t think we will, but it’d be lovely if it did.’

Kate added that she wanted members of the public to vote for Caring for Derek because the second film ‘is very much about caring and about the caring system and about the plight of carers and the wonders of being a carer’.

‘So it’d be nice, because that’s the sort of group that often doesn’t get recognised. So yeah, it’d be lovely,’ she added.

Earlier this week, Kate revealed that Derek was back in hospital while suffering from sepsis.

‘Derek is back in hospital after developing sepsis that again threatened his life and we are again fighting to get him home,’ she told The Sun.

‘When Caring for Derek was nominated, I was of course very honoured but I had mixed feelings about asking people to vote for the film. I was worried and guilty about asking for more support when so many have already sent their good wishes.

‘But now too many have got in touch saying “please shout it from the rooftops” for me to ignore You see, I am one of the lucky ones.’

Kate said she prayed ‘every night for months when Derek’s life hung in the balance to have the chance to care for him’.

She added has ‘supportive employers and family and friends to help’, emphasising that ‘millions care day in day out alone’.

Good Morning Britain airs weekdays from 6am on ITV. The NTAs air tonight from 8pm on ITV.