Kate Garraway made an astonishing discovery live on Good Morning Britain as author Michael Rosen revealed he and her husband Derek were beds away from each other when they both battled Covid-19 in intensive care.

Both Derek, 54, and Michael, 75, were in comas at the time, and have since been recovering, but have both suffered long-term effects from the virus.

With the author appearing on Good Morning Britain, cameras cut back from a break to Kate gasping as he told her the story.

‘I didn’t know until a few moments ago – go on, you say,’ Kate added, with Michael responding: ‘Well, we were several beds from each other in the intensive care ward, that’s what I’ve been told by the consultant.’ 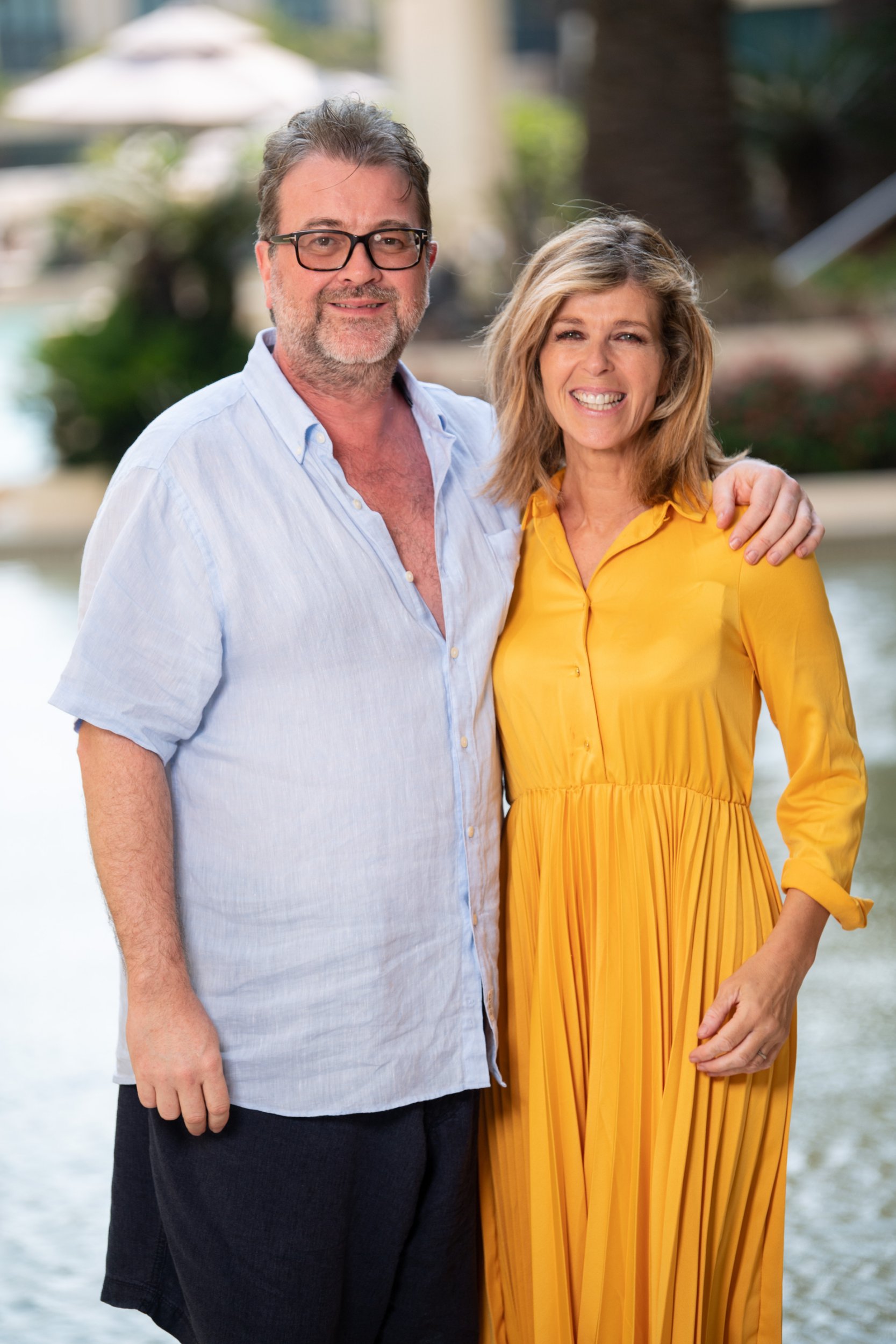 ‘Yes, not very knowing of each other – we didn’t strike up a friendship as you can imagine!’ the author said.

‘No, you weren’t speaking or moving or talking at that point,’ Kate pointed out.

‘No! That’s right, and there was something down my throat!’ Michael added.

‘But instrumental within your recovery and the support that Derek were the staff at the hospital who were featured heavily in your new book Sticky McStickstick,’ Ben continued.

Kate later told the author: ‘It’s a lovely comfort to me that you were next to Derek.’

Michael recalled having to be taught how to stand up, making his way from a wheelchair and zimmer frame to a crutch so as he can walk.

The beloved children’s author spent three months in hospital after contracting coronavirus in March last year and said he was ‘probably two or three hours off departing this planet’ when he was rushed to A&E.

He was admitted to ICU and spent seven weeks on a ventilator.

The former Children’s Laureate said his respiratory system, along with his liver and kidneys, was ‘conking out’, and doctors gave him a 50/50 chance of survival.

Derek, who has been married to Kate since 2005, spent a year in hospital.

The former lobbyist had been one of the worst-affected cases to have survived coronavirus but has been left with damage to his organs and needing round-the-clock care.

Kate revealed that their plans for Christmas will look quite different this year, as she told Woman’s Own: ‘This year, we have got him home – and fingers crossed we can keep him home.

‘Of course, he’s not going to be putting on his Santa costume, going out with [daughter] Darcey for a father-and-daughter Christmas shop or the same with [son] Billy.

‘None of those things are on the horizon at the moment so it’s adjusting to a new normal but also grateful he’s here at all, which we didn’t have at all last year and feared would never happen.’