Home » TV & Movies » Kathleen Monteleone: How American Reject Gave Me A Perspective On My Reality Show Past

Kathleen Monteleone: How American Reject Gave Me A Perspective On My Reality Show Past

Kathleen Monteleone brings her past to the present in ‘American Reject.’ Kathleen spoke EXCLUSIVELY with HL about bringing shades of her story to the big screen, ‘AGT’ darling Angelica Hale, and more.

Kathleen Monteleone’s career in Hollywood kicked off when she competed for the role of Sandy on NBC’s GREASE: You’re the One That I Want in 2007. Now she has taken her story and created the feature film American Reject. The film follows a singer named Kay, who has recently been rejected from the singing competition POP STAR NOW. She heads back to her hometown — with a cameraman following her every move — and rediscovers herself. 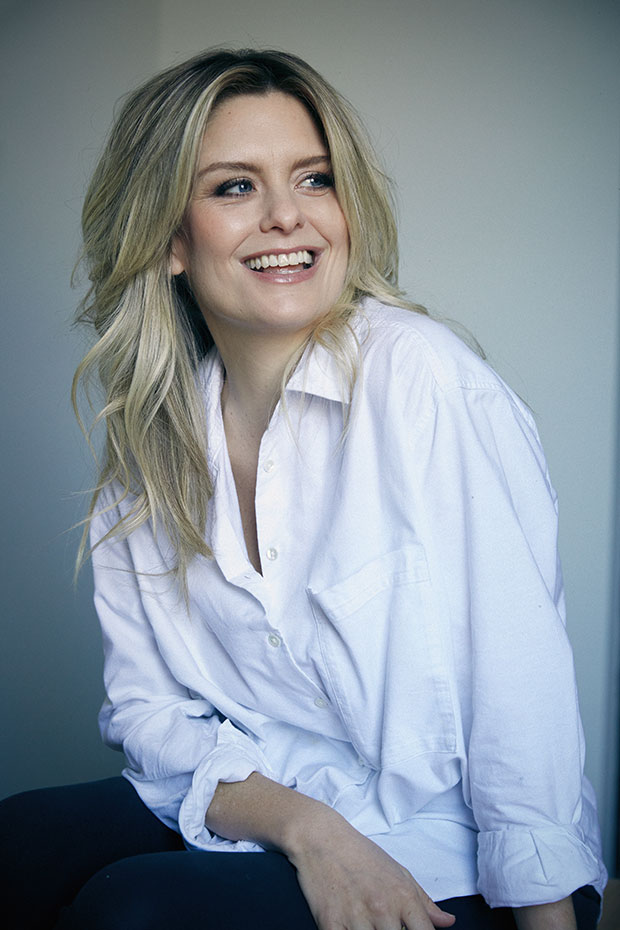 HollywoodLife spoke EXCLUSIVELY with Kathleen, who revealed that she began writing American Reject about 7 years after her run on GREASE: You’re the One That I Want. “I had never written anything before,” she admitted. “I was just like a lot of actors in that place of I had hit the pavement. I was in my career but nothing really just felt as satisfying as I wanted. Someone had told me once that I should write or do something about the experience. How many people are on a reality show and have gone through that? It simultaneously was like a huge pain in my life honestly, being 23 and thinking I was going to become famous. That’s a joke, but not really. And then being eliminated in front of America. I started my career like that, so I just started writing thinking I was writing all these funny scenes and kind of using it as therapy. And then I really started finding a story and more of a bigger story of this person — me — who through loss really finds the win she’s looking for. It was a while after the reality show, but I definitely bring a lot of scenes of my own life into the movie.”

When she was getting her start, reality shows like American Idol were surging in popularity.”It was still this phenomenon that Americans can tune in and dictate who they want to their pop star to be,” Kathleen said. “We didn’t even have social media to show then. I think I started my Facebook account the night the show ended. It was this interesting time when towns would come together. My mom was passing out T-shirts that said ‘Vote for Kathleen.’ It was an interesting time. That was like the work mindset I started my career with. I had just finished school. I was 23 and still had that dream that like things happen overnight. Especially on a reality show, you think that’s going to happen. I really kind of went into my life with this you win or you lose mentality. Every day was like you were either chosen or you were not. You’re voted on or you’re kicked off. I didn’t really have a real formed idea of things grow and every day is different. You can build a career about what’s interesting about you. There was no real groundedness. Writing a movie actually helped me do that. It gave me perspective that I was a cast member and that this was a great opportunity. Clearly, it gave me a story for a movie and something new. So I’m now very grateful for it.” 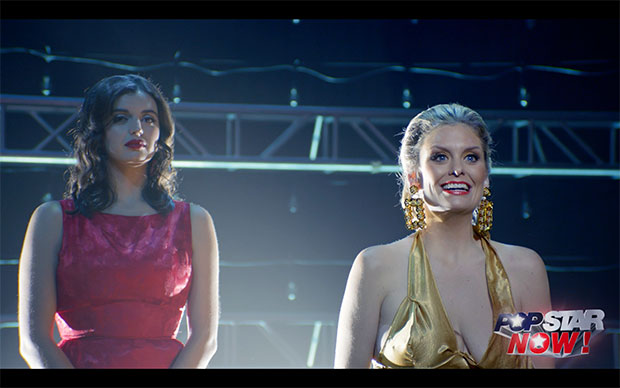 While there are definitely elements of Kathleen in Kay, there are major differences between Kathleen and the onscreen character. “In normal life, I am a wife and a mother of four. That’s a huge difference,” Kathleen said. “I’m the same age as Kay. So whereas Kay has really given her life to her career and that’s really been her love… I love my career, but my children, my husband, and that nucleus is my number one. So that’s a huge difference. That’s a difference that dictates my decision-making. I have to say there are a lot of similarities because I wrote this for myself and stepped into this character, the nuance, the comedy, what bothers me. Kay’s an interesting character, because, in my opinion, she’s really disliked. It’s kind of like, get over yourself. I admittedly was like that. I had a ‘for me’ thing, and I had to take responsibility for that. There are a lot of differences, but I would say in personality it’s pretty similar.”

The film also features the adorable Angelica Hale, who rose to fame on America’s Got Talent, in the key role of Anna. Kathleen admitted that she hadn’t watched Angelica on AGT prior to casting the role of Anna in American Reject. “I had written for a young Korean girl. I wanted her to be about 10 years old, and I wanted her to have a voice like Whitney Houston,” Kathleen explained. “I mean, who’s going to have that, right? That was what I wanted in the film. I called my friend who had cast The King and I on Broadway and I said, ‘Do you know of anybody that would fit this description? I really want her in this age range, where she’s a girl yet she’s a star, where’s something about her, but she’s still a little kid.’ We wanted that. And she’s like, ‘Do you know Angelica Hale?’ I’m like, ‘No, I’ve been under the rock.’ So that day we called her team and started to engage her. At the same time, I was in the car with my mother-in-law, and she had her iPad and she’s like, ‘Have you guys seen this young girl? We’ve been watching America’s Got Talent.’ I mean, out of the blue she says it and pulled up her iPad and shows me Angelica Hale.” 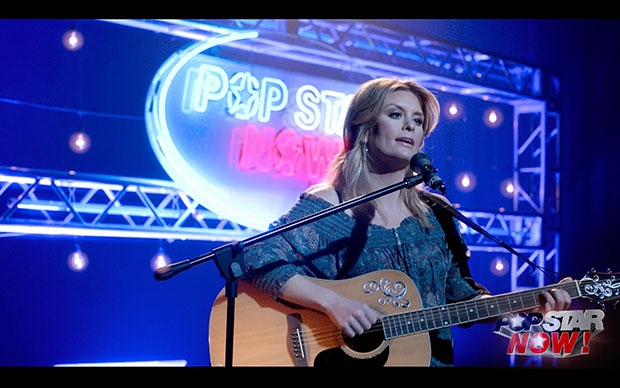 The rest is history. Kathleen says it was “all meant to be.” Kathleen loved Angelica’s ability to show a “vulnerability and weakness” while also being a “rockstar and a true professional.”

After American Reject, Kathleen is excited to release new music. She noted that American Reject was a “huge piece of storytelling from my life,” and her music is “an extension” of her storytelling. “These are also little snippets from my life about being a mom, growing up as a fat and ugly kid, and then owning that when you’re older and celebrating who you are and how great that is,” Kathleen added. American Reject will be released April 12 on Digital and On Demand.