KATIE Price was all smiles as she boarded a plane to Scotland to kick off her money-spinning make-up tour.

She rocked a pink outfit with white Louis Vuitton Boots while seen at the airport in London today. 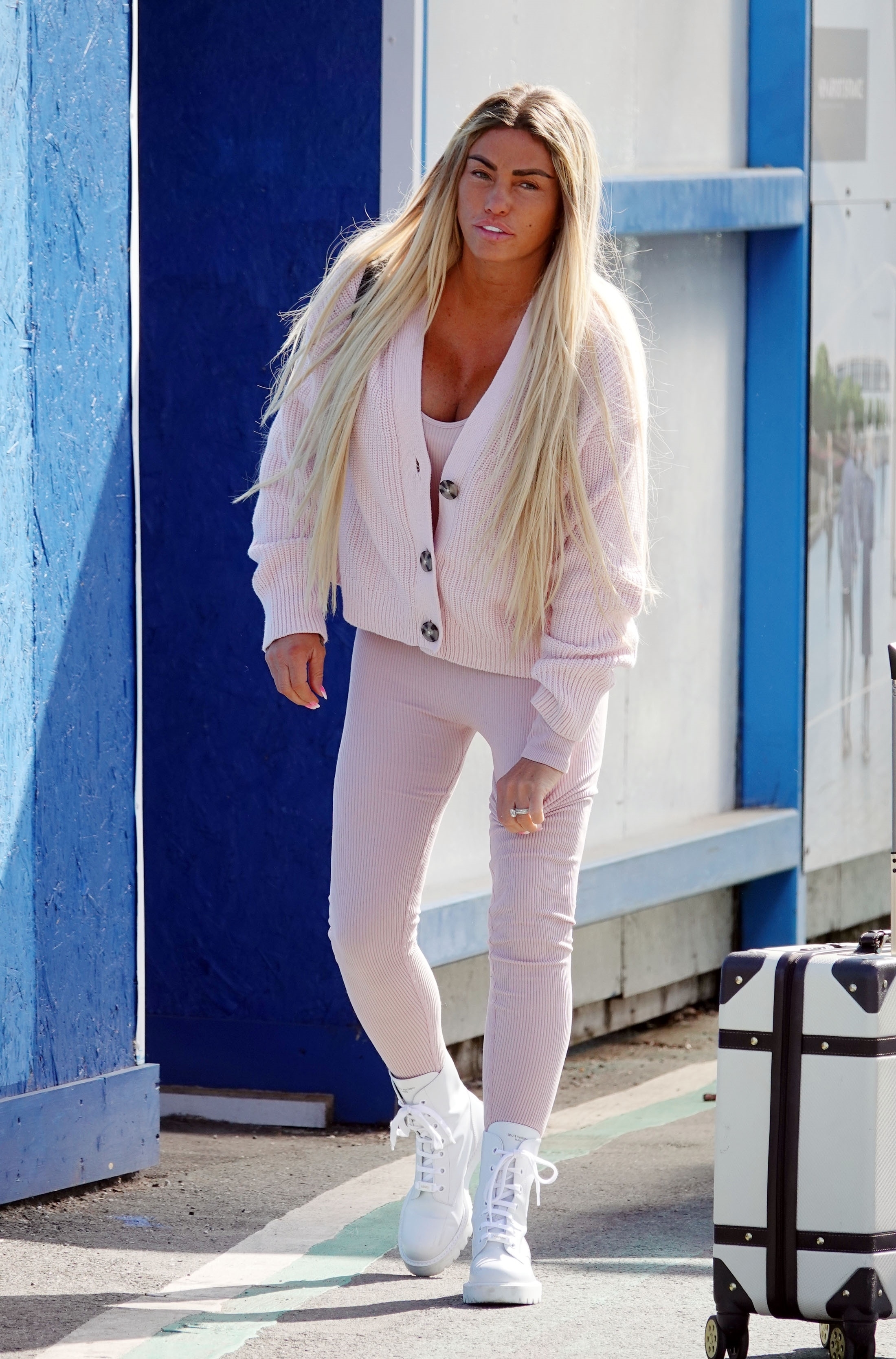 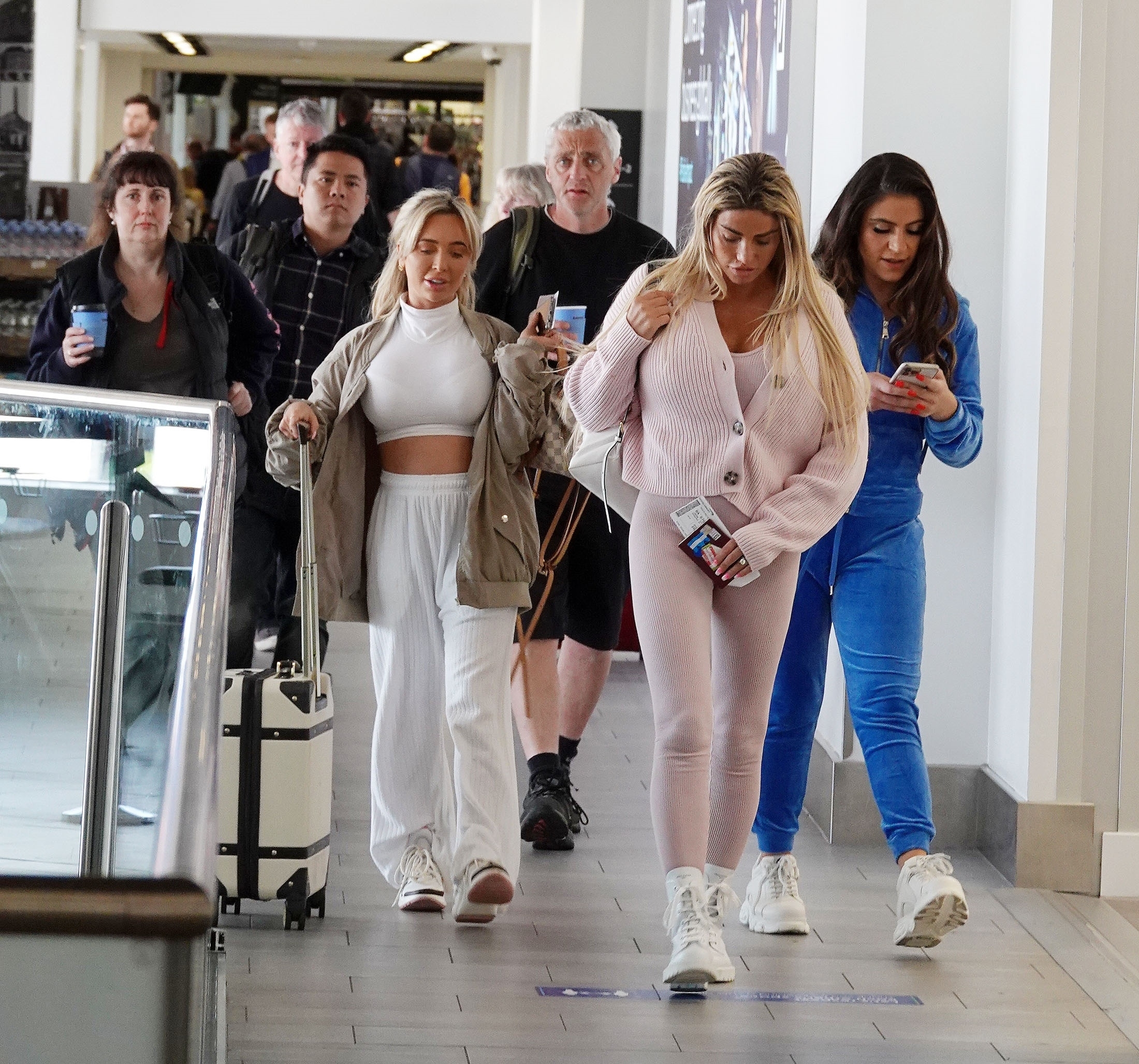 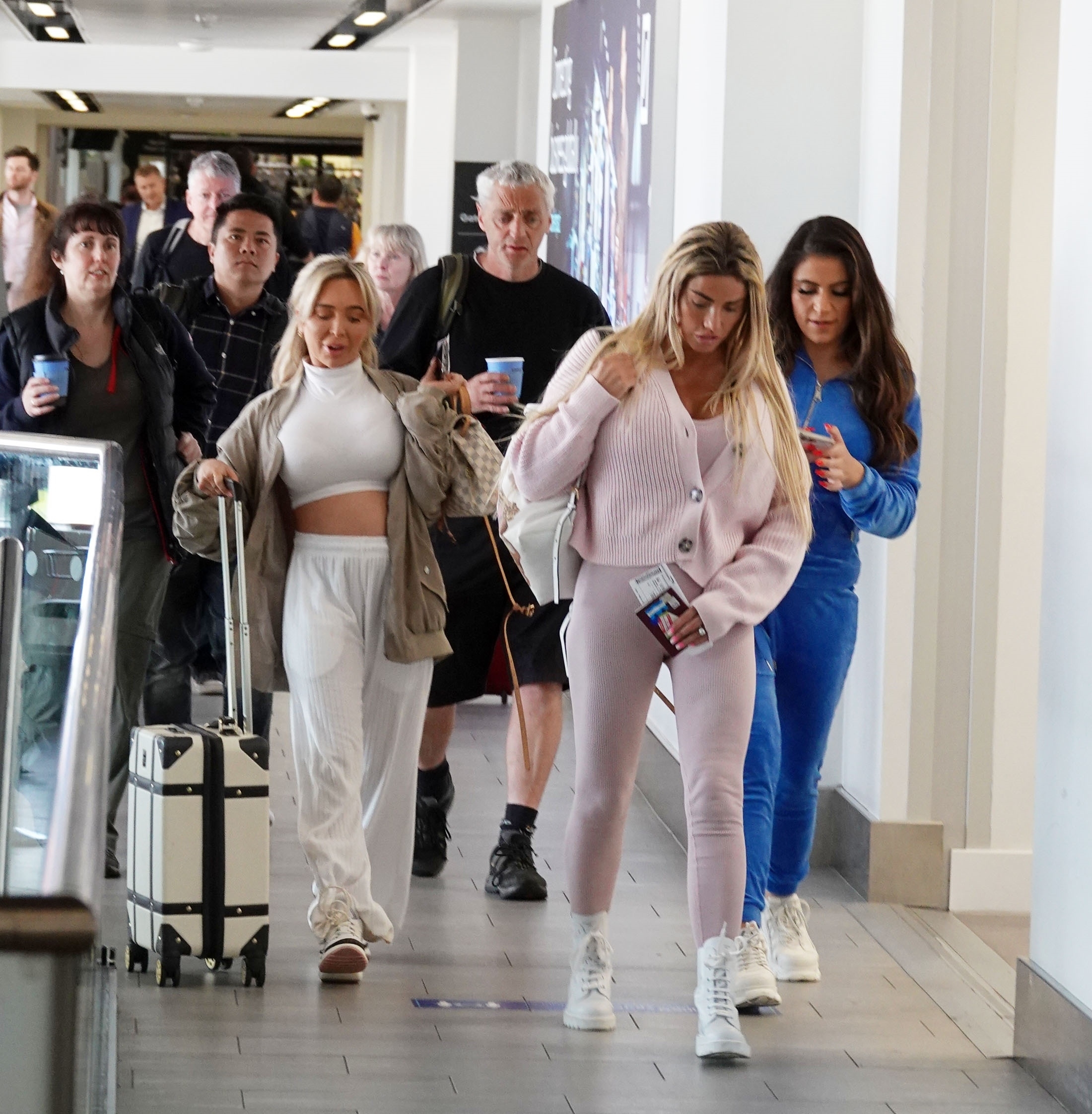 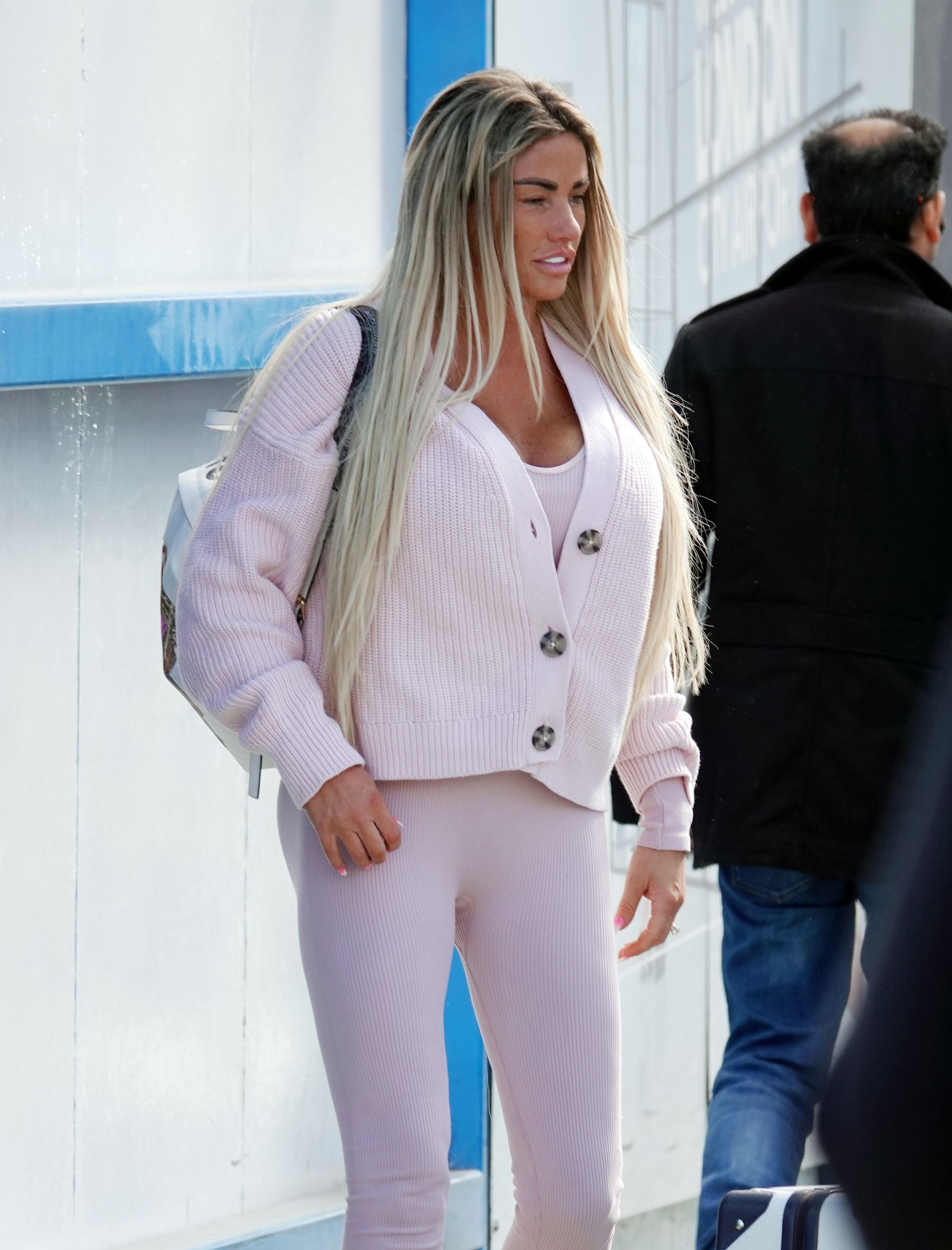 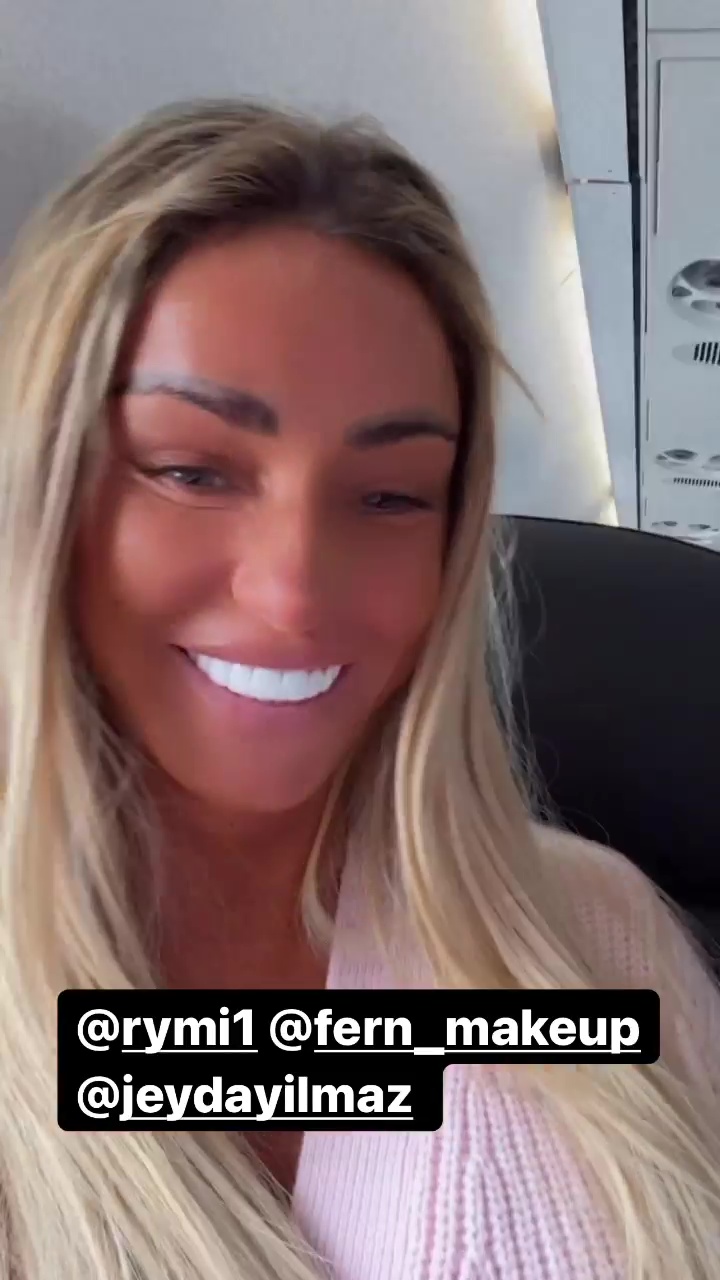 The 43-year-old was accompanied by a team of personal assistants and stylists, who she later filmed sitting next to her on the plane.

Katie and her pals started their £80 a ticket make-up classes early, kicking off in Edinburgh and Falkirk today.

They'll travel to Fife and Glasgow tomorrow, and continue the nationwide tour later this month.

The glamour model and TV star was spotted marching through the airport with her huge engagement ring on display after reuniting with Carl Woods. 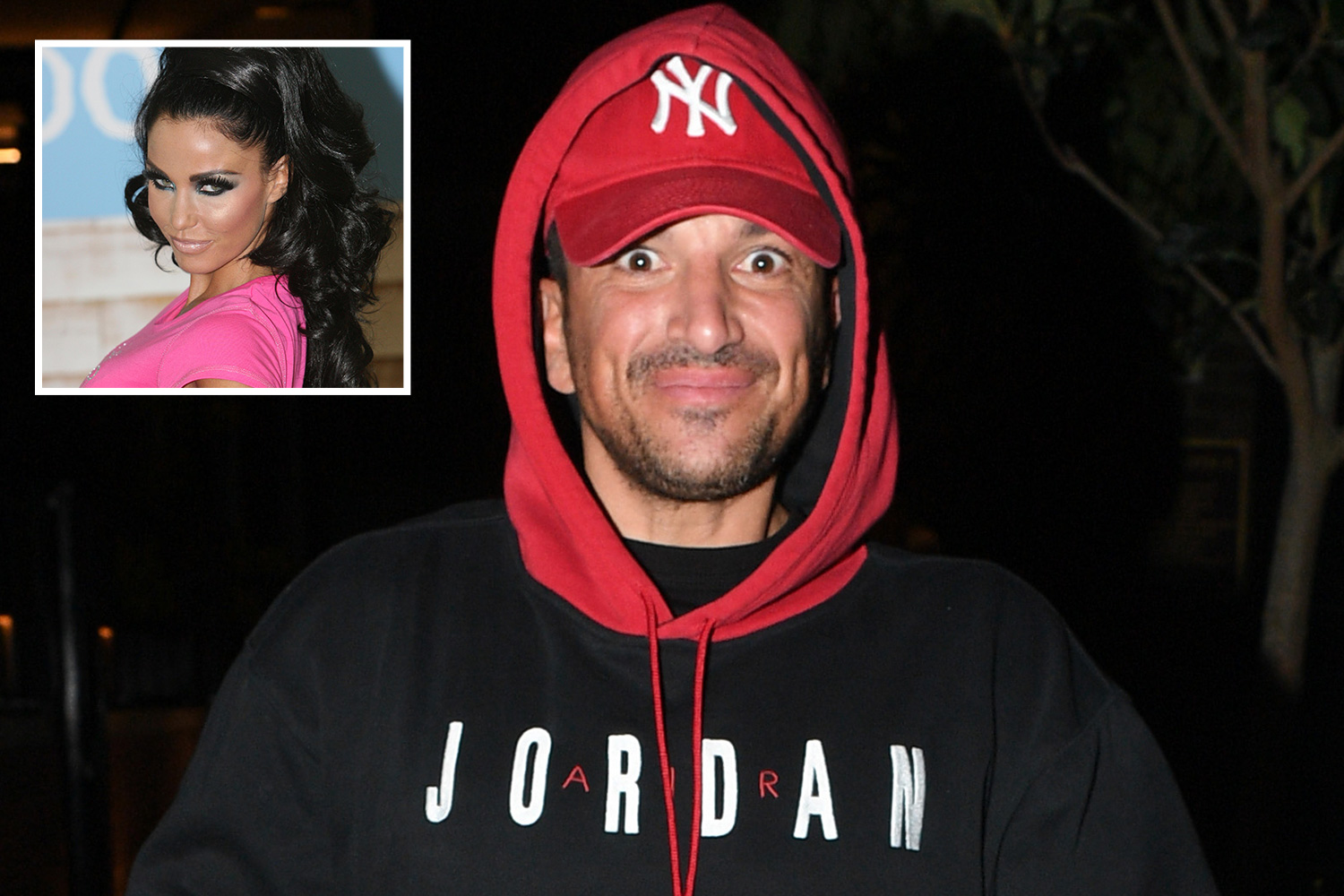 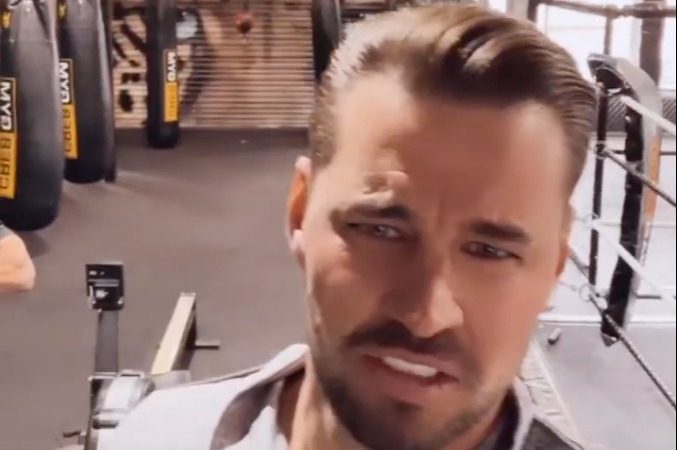 And she sparked baby rumours by revealing she's already shopping for her sixth pregnancy.

The star recently confirmed she and Carl, 33, are back together – and she's wasting no time in planning for their future.

Former glamour model Katie commented on a snap from Billie Faiers, showing three pushchairs from her My Babiie range.

She said: "Yes when I have a baby this is the pram."

Katie has been very open about her desire to have children with Carl, and previously told The Sun of her plans: "We will get married this year. It's just all exciting, the baby this year, hopefully the baby."

I was upskirted by celeb at house party, reveals Countdown's Rachel Riley

She and the car dealer split earlier this year, and The Sun later revealed he accused the mum-of-five of cheating.

But the couple are back on and he was seen picking her up from The Priory last week following her appearance in court.

The star has been charged with breaching a restraining order after allegedly sending a "vile and nasty" message aimed at third husband Kieran Hayler's partner Michelle Penticost.

Katie, who was supported in court by Carl on Wednesday, was bailed to appear at Lewes Crown Court on May 25.

But she was warned she is in "grave danger" of going to prison if convicted. 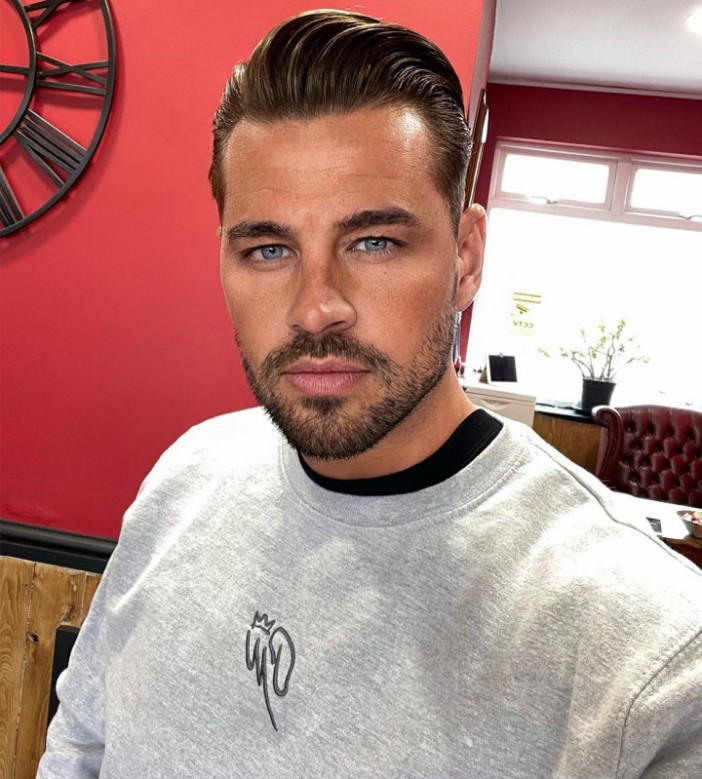