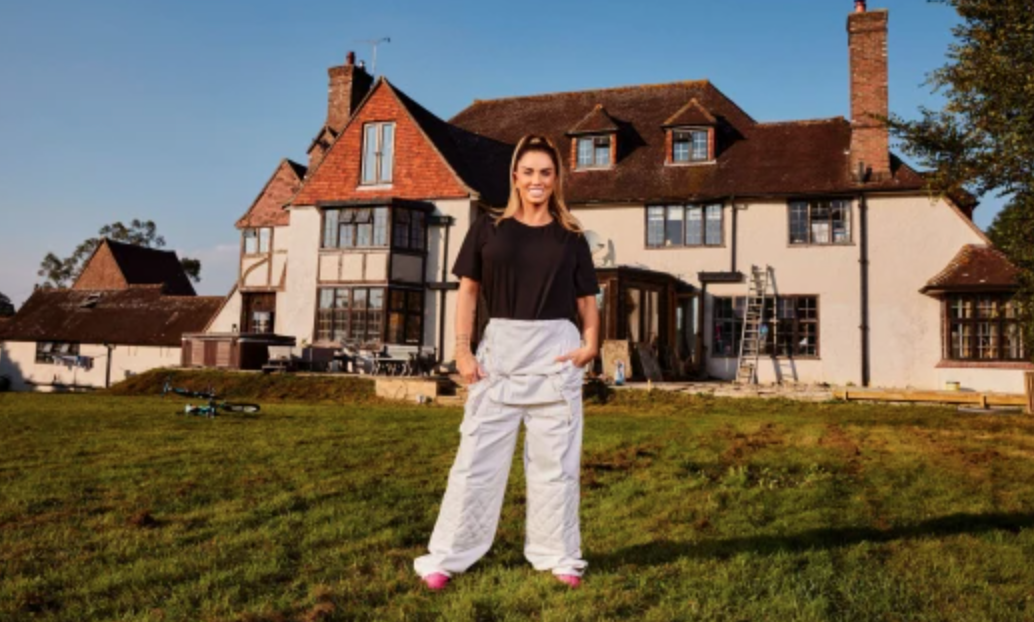 Katie Price’s Mucky Mansion TV show has reportedly been thrown into chaos after the home has been ‘filled with rubbish’ and is ‘too dirty’ for crews to shoot in.

The Channel 4 show, which charted the makeover of the former glamour model’s home after it had fallen into disrepair, aired in February earlier this year.

It saw the TV star work with her builder to repair the 19-room, £1.3million Sussex home she had previously lived in.

She was given a second series to show progress on the works in Price’s mansion, but it’s thought it has run into some complications as work takes place.

It’s been reported that filming has stopped after Price’s home was ‘filled up with rubbish again since the last show was filmed’.

The source added: ‘There are piles of old clothes and free gifts Katie has been sent, and bags of litter and old hangers.

‘It’s very dirty in the parts of the house that haven’t been made over yet, and it’s damp and mouldy – the warm weather recently hasn’t helped,’ the insider told The Sun

The property had previously fallen into serious disrepair after being left empty, with vandals also breaking in and causing more damage by leaving taps running in upstairs bathrooms, causing the kitchen ceiling below to cave in.

Katie had decided to move back into the house but wanted it to be completely remodelled as she had found it difficult to return to it in its prior state as it reminded her of difficult times in her life.

The first batch of episodes saw many rooms in the property transformed, including a sleek new kitchen and room for her eldest daughter Princess.

But there was still work to be done after the series came to an end.

Price said ahead of the first series: ‘My house has been called the Mucky Mansion in the past, but it’s not that anymore, I’m making it a home.

‘I’m getting my hands dirty and doing a lot of the work myself and, with the help of my amazing family and some brilliant friends, I’m putting the past behind me and rebuilding.

Metro.co.uk has contacted Channel 4 and reps for Katie Price for comment on the reports.