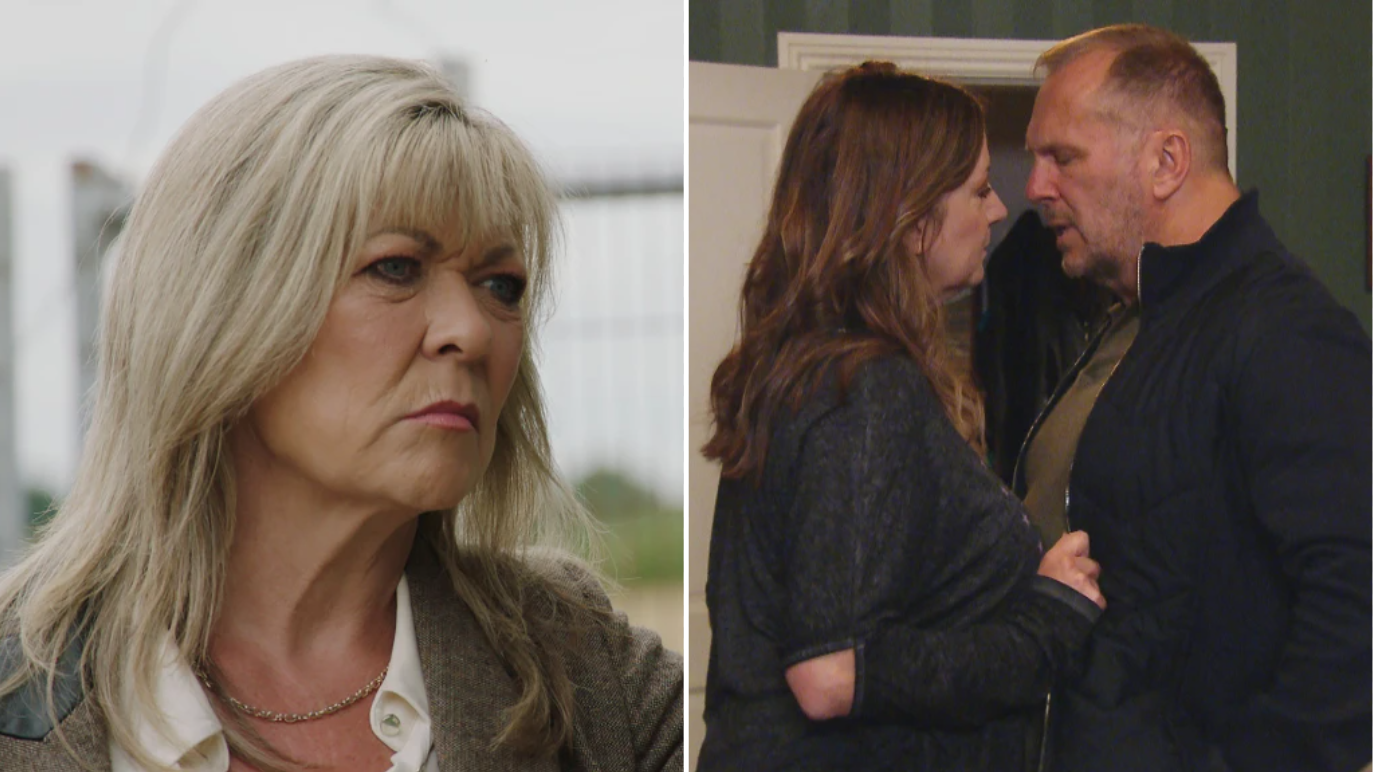 Kim’s (Claire King) day is about to be big for all the wrong reasons in Emmerdale.

Harriet (Katherine Dow Blyton) has been unwisely pursuing Kim Tate’s man, and as Kim cottons on to what’s been going on behind her back, Harriet is soon to realise exactly what she’s got herself into.

During the stag do, Will (Dean Andrews) makes the epic admission to Harriet that he still loves her too, which gives her hope there’s something in it for them. But in the cold light of day, he realises he’s made a terrible mistake.

Even if he does have feelings for Harriet, he has no intention of calling off the wedding and he knows he needs to backtrack before his fiancé gets wind of it.

He tries to reassure Bob (Tony Audenshaw) that he was just being drunk and belligerent, and he even attempts to convince Harriet it was a faux pas on his part. But his words say one thing and his behaviour says another when, after an exchange with Harriet, he sheepishly ducks away in a manner that further convinces her that it’s her he wants.

Will isn’t being particularly careful in his behaviour as even Dan (Liam Fox) picks up on the fact something is amiss, forcing Harriet to spin him a yarn to cover for the both of them.

And then the wedding rolls around with Kim ready for the new chapter in her life. Harriet decides it’s best not to attend, a decision that catches Kim’s notice as Will starts behaving differently. He demands to Harriet that she attends, which only goes to confirm to her he still wants her.

But Kim’s ears are burning, and she heads to the scrapyard looking for her beloved. There, she finds him in cahoots with Harriet, and listens long enough to hear Harriet desperately implore Will to give their love a go. Kim has heard enough, through hurt and humiliation her rage explodes, what will happen to the lovelorn duo?

Could Will be forgiven and Harriet take the brunt of the rage? Actress Claire King previously hinted that Kim and Will are meant to be: ‘The one true love of Kim’s life I believe was Dave Glover but that was the 90s,’ Claire said.

‘Now I believe because she’s mellowed Will could be the true love of her life but I don’t know whether she knows it yet. I do think they are a good match for each other, and they do work.’