PETE Davidson joined his friend Machine Gun Kelly for a sexy video shoot as the dynamic duo stripped down to their underwear. 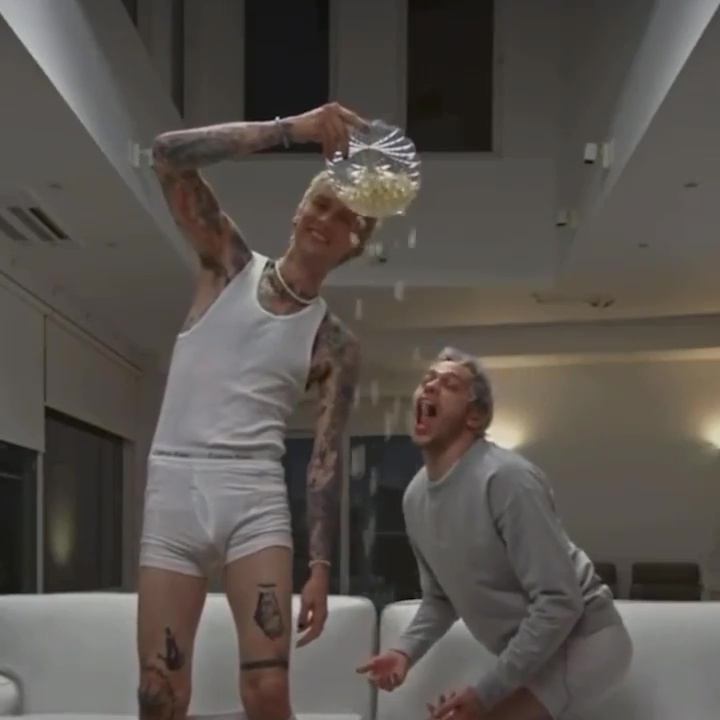 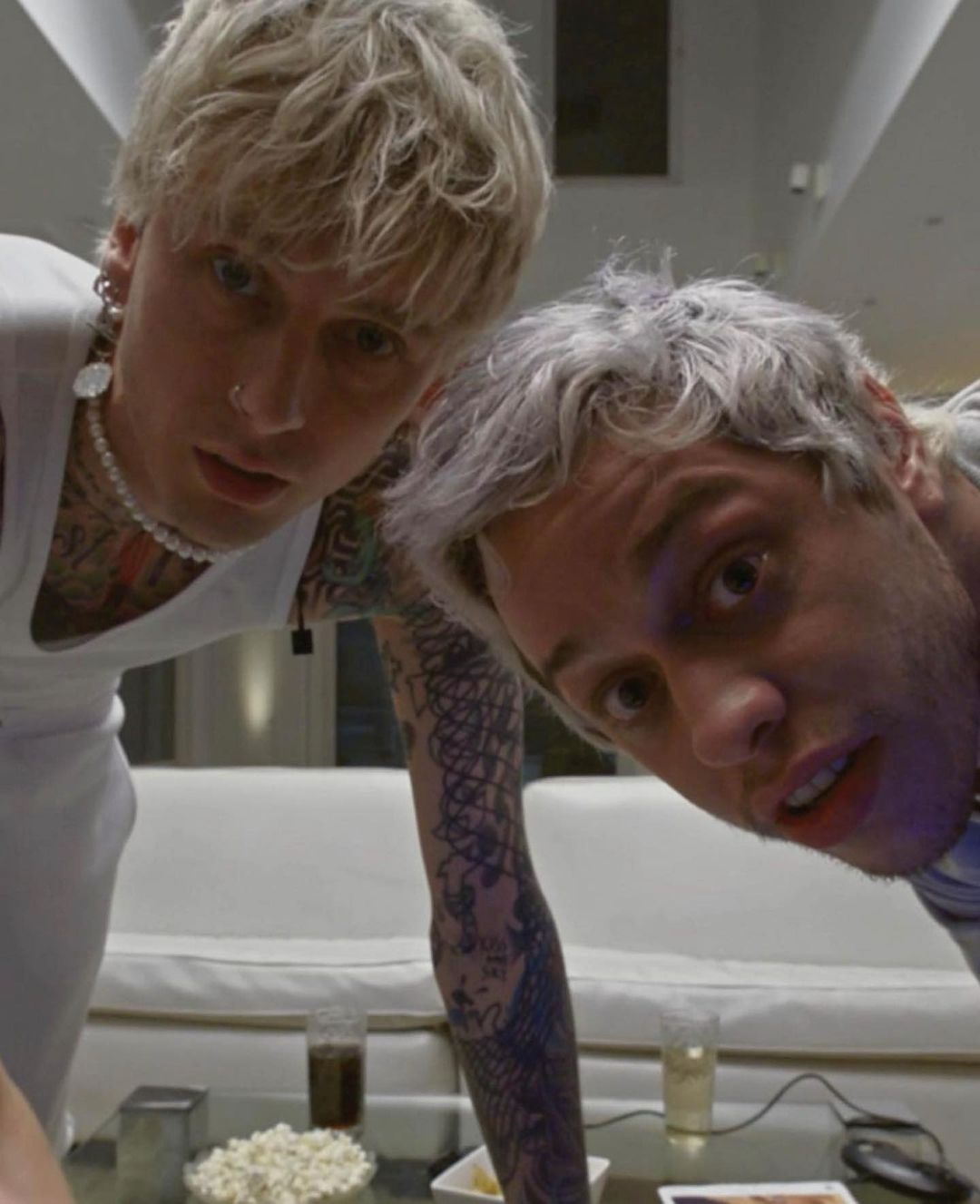 Pete, 28, and Machine Gun Kelly, 31, dropped down to their tighty whities while guest-starring on Calvin Klein's Instagram Live.

The friends rested on a white couch, with the rapper sitting normally enjoying a popcorn snack and the comedian perched on his shins for the clip.

"This is what I was listening to the whole time," MGK told the camera, as he stood up in a white ribbed tank top and skin-tight briefs, held the bowl high above his head, and allowed the white kernals to spill out.

"And I'd do something like this," Pete joked, as he opened his mouth to catch the dozens of popcorn pieces falling from mid-air.

"You know, just gotta get all the people going," the funnyman shrugged in a gray sweatshirt and just his underwear.

The rumor began after the infamous quote from Ariana Grande when she divulged that her attraction for the blonde star developed from his natural confidence.

However, fans have taken the notion a step farther, constantly commenting on his "BDE" as the reason behind his many star-studded relationships.

On Reddit, Pete's fans constantly gush over the energy that sets him apart from others.

"In all of his interviews, he’s absolutely amazing. His personality is top tier to me. I think it wasn’t until Ariana Grande that we found out about his BDE," one wrote.

"But let’s be real these celebrities know about that BDE, am I right?" another agreed, alluding to his stacked list of past lovers.

A third admitted: "I find him physically, mentally and emotionally (obviously just from what I know of him…not knowing him personally) attractive. He is funny af. He is vulnerable without appearing weak."

However, Pete's not the only one who's stripped down on social media of late, as earlier this week Kim flaunted her famous figure in a set of bright purple lingerie.

The KUWTK star, 41, stunned as she posed in a Skims X Fendi bra and pants for a sultry fashion shoot.

Kim wore a purple scoop bralette and high-cut panties for the snaps, wearing her hair in loose waves.

The mother-of-four went for a natural look on her face, accentuating her features with minimal makeup.

The KKW Beauty founder confirmed her relationship with Pete by holding hands with the comic at the airport after a vacation in Palm Springs.

The E! star and comedian have been rumored to be dating after they met during Kim's hosting debut on SNL in October. 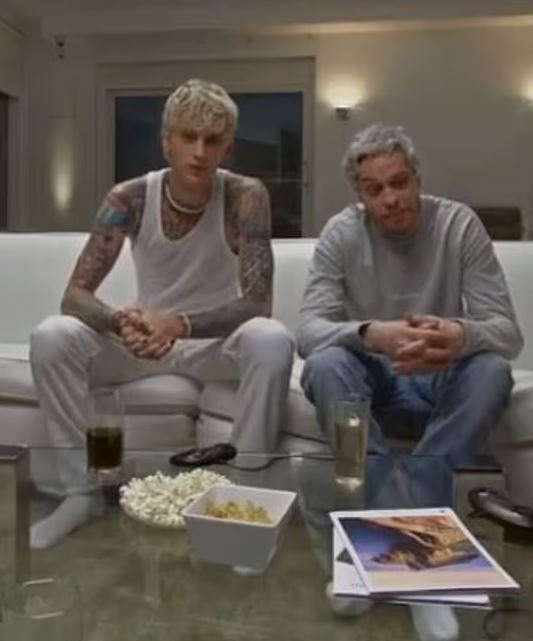 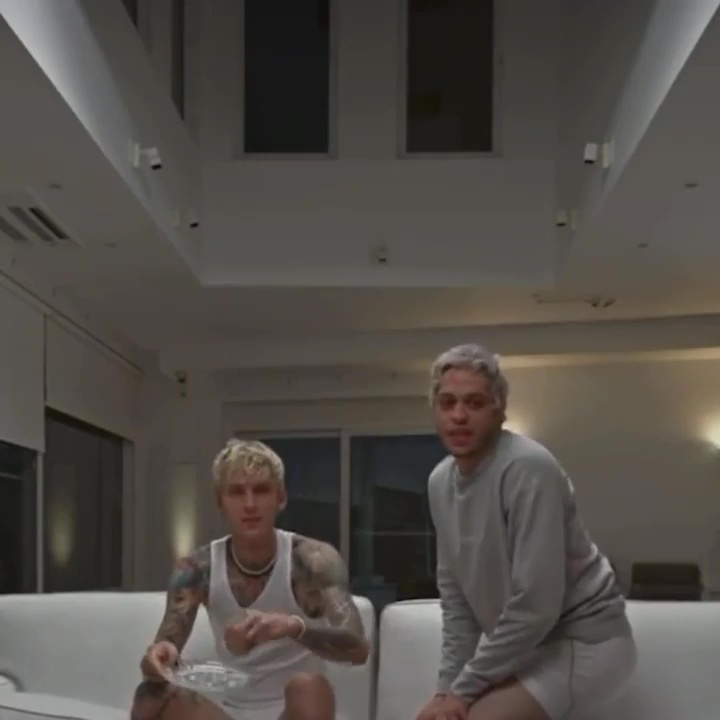 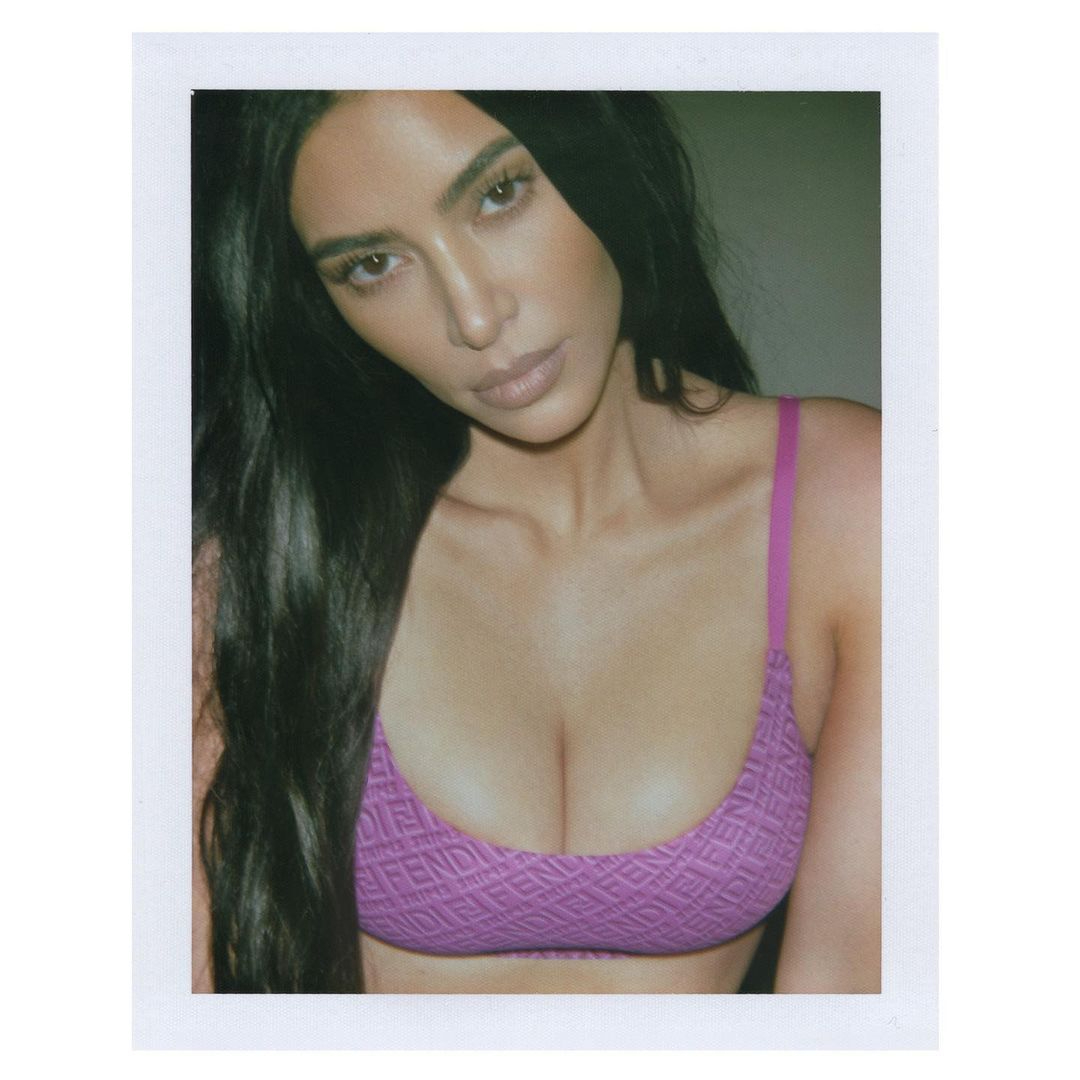