Sorry, the video was not found

Emmerdale has released a first look clip of its special 50th anniversary episode – and Kim Tate is in her element!

The ITV soap turns 50 on Sunday October 16, and it’s marking the occasion with a special hour-long outing, which sees the celebrations for Kim’s wedding commence.

The clip, which can be viewed above, sees the bride-to-be galloping on horseback towards the eponymous village, before we cut to Amelia Spencer and Noah Dingle going for a stroll ahead of their picnic.

Sam Dingle, meanwhile, can be seen walking through the village, as Kim passes by Eric Pollard, and the two legends have a discussion about her upcoming wedding.

Charles Anderson then approaches, asking the Home Farm legend if she’s ready for her big day.

‘Still thinking about it!’, she delightfully quips, leaving the vicar hopeful that she’s joking. 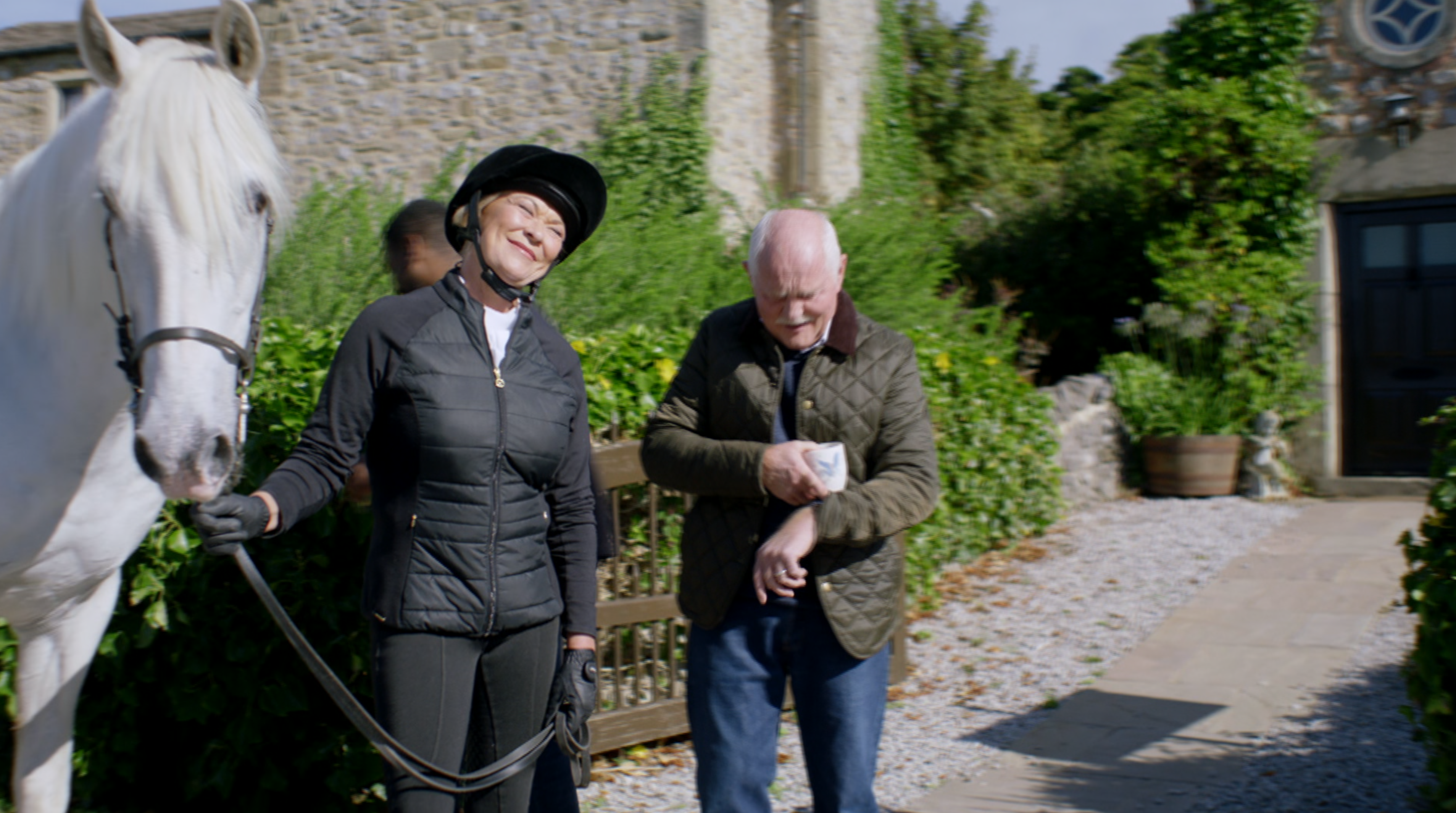 We love her so much.

It’s going to be quite the week for the long-running serial drama, as a catastrophic storm looms – and Kim will be at the centre of it all!

Speaking about her character to Alison Hammond and Dermot O’Leary on This Morning, actress Claire King revealed: ‘I mean I’ve had some great storylines, I get some good one-liners.’

Speaking about Kim, she added: ‘She’s camp as Christmas, as you’ll see in the wedding on Sunday.’

Claire added that her character is ‘very straightforward’, and ‘blatantly truthful,’ adding: ‘People would like to be like that and be able to say and do the things that she gets away with.’

Emmerdale airs these scenes Sunday October 16 at 7pm on ITV.