Leo betrays Jenny as his secret comes to light in Coronation Street? 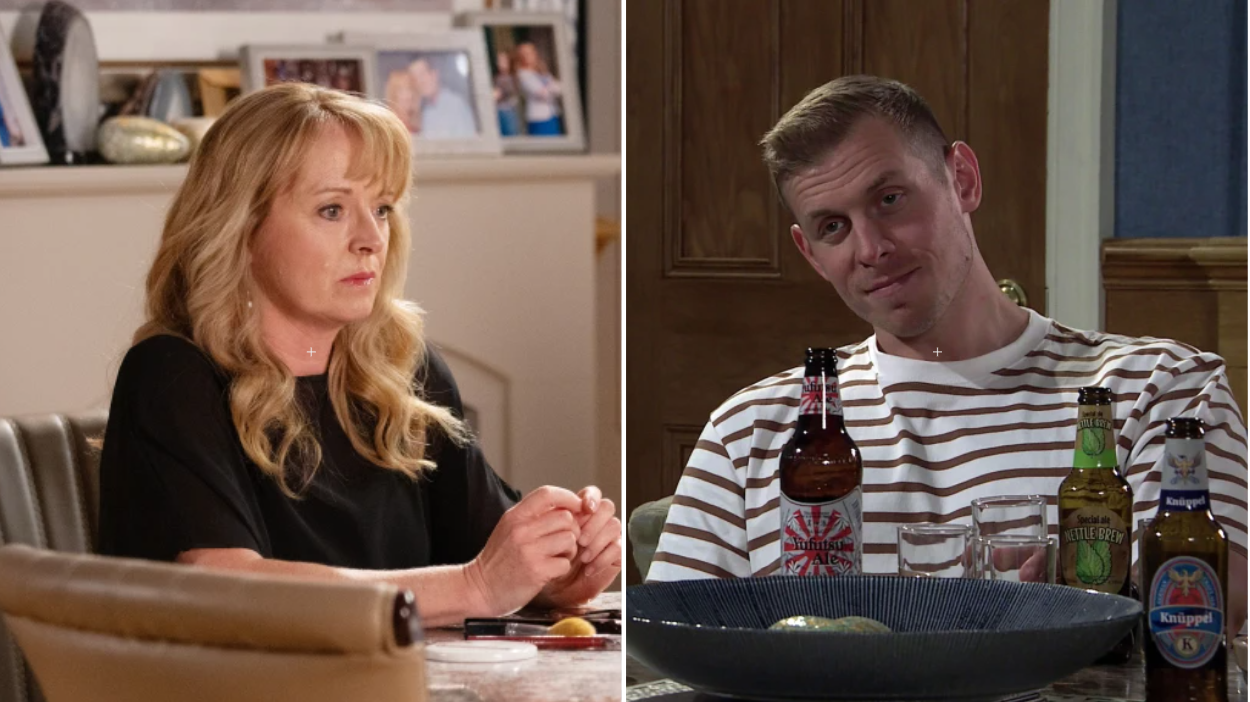 Sometimes, when you’re a Coronation Street viewer and meet a new character like Leo Tompkins (Joe Frost), you expect their true nature to come to light eventually as Weatherfield residents that are just too nice doesn’t seem right.

Arriving last year to fix the sinkhole at the Platt’s, Leo struck up a relationship with Jenny (Sally Ann Matthews) which surprised many people, given the age gap between the two.

You know what they say, age is just a number and for Leo and Jenny, despite the hurdles, they have a very strong relationship.

But could that all be about to change?

Coming up, Daniel (Rob Mallard) spends the night with Daisy (Charlotte Jordan) at the pub but when he wakes up at 3am, he’s taken aback to see Leo suited and booted.

Weird, yes, given the fact it’s the middle of the night.

In the morning, Daniel finds out from Paul (Peter Ash) that it’s Leo’s last day in his job and decides to update Daisy.

Daisy tells Jenny about Leo’s strange behaviour and over dinner at the bistro, Leo confesses his secret.

But what has he been hiding?

Is there a sinister side to Leo we’re yet to discover?