Line of Duty has kept fans glued to BBC One for weeks – but tonight’s series five finale wasn’t to everyone’s taste.

The episode was an extra 25 minutes long, making it feature length, though a huge proportion took place in just one room.

The first 40 minutes took place in an interview room, with Ted Hastings (Adrian Dunbar) being interrogated.

Eventually, the interview was terminated – but it took only five minutes for police to haul him back in after some new evidence appeared.

“I’m starting to get bored now”

And while fans were hoping to discover the identity of bent cop H, it was clear they were in for a long haul.

One person tweeted: “Dying of boredom. What t*** thought 40 minutes of chit chat over a desk was riveting police drama? Poor writing Jed!”

Another said: “It’s interesting but God this is going on a bit.”

A third wrote: “I’m starting to get bored now – I hope we haven’t got another 60 minutes of this interview room…” 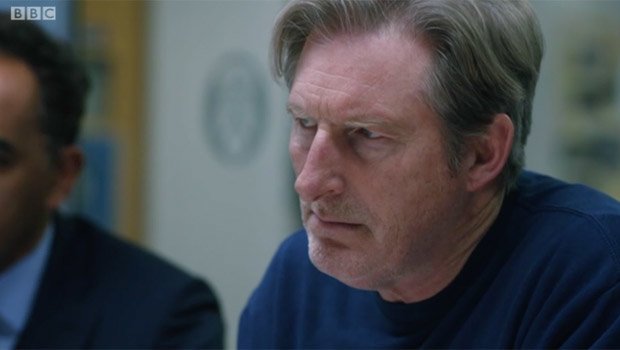 Someone else added: “Mother of God they have murdered this drama. The longest interview ever it is like a fan boy theory podcast.”

While a fifth commented: “Oh God the extra 30 minutes of Line of Duty has been wasted, falling asleep here.”

The second interview ended with Hastings being charged with Corbett’s murder an hour into the episode.

Before the episode, actor Martin Compston urged fans to keep watching right until the end. 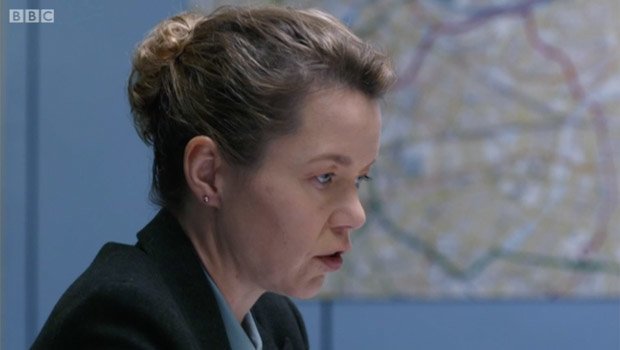 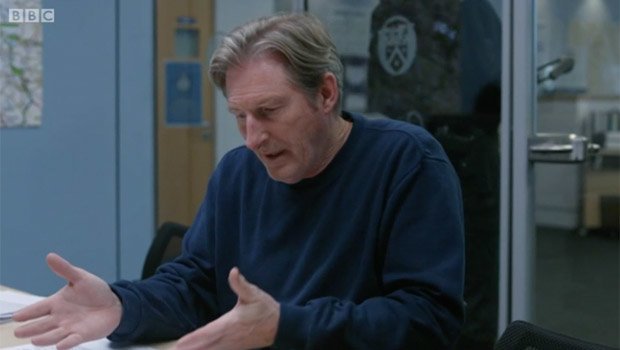 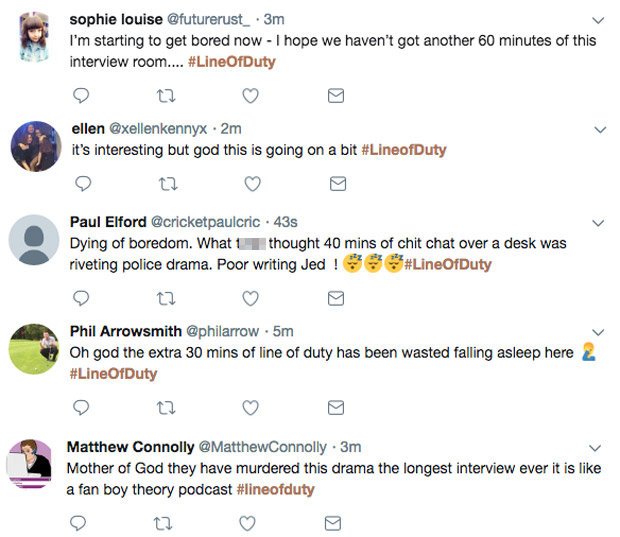 But will dedicated fans manage to stick with it all the way through?

Last Sunday’s episode got the highest overnight ratings for Line of Duty ever.

With an average of 7.9million viewers, it peaked at a whopping 8.3m.