Hastings (played by Adrain Dunbar) has got a lot to answer to as Line of Duty season five concludes this Sunday, with the BBC drama wrapping up a number of plot lines in an explosive 90-minute special.

At the end of the last episode, Hastings was seen being placed in a cell as newcomer DCS Patricia Carmichael (Anna Maxwell Martin) was convinced the superintendent was leading the charge of the Organised Crime Group as super villain H.

Fans are divided over their thoughts the boss of AC-12 could be H but if he is exposed as the criminal mastermind in the nail-biting finale, could a shocking plot twist reveal the corrupt officer has been in cahoots with another main character?

It wouldn’t come as a surprise to some fans there are two H’s in the mix as several episodes ago, viewers believed a cryptic clue was suggesting their were a couple of corrupt officers leading the charge.

Maybe there’s a partner in crime

Long time fans of the show will also remember writer Jed Mercurio, 53, has played the card once before as after several seasons of AC-12 thinking they were trying to apprehend a single balaclava man, it was later revealed to be a group of criminal adversaries.

Speaking about the idea of two H’s wrecking havoc with the police force, Professor Elizabeth Yardley, Director of the Centre for Applied Criminology at Birmingham City University, told Express.co.uk how the plot could work.

“As a Scrabble nut, I know that H is worth four points. The internet tells me that it’s the 8th most common letter in the English language.

“The reason it’s so common is because it’s often paired with other letters like ‘wh’, ‘ch’, ‘gh, ‘sh’,” the professor explains.

“Maybe there’s something in this, maybe ‘H’ isn’t an all-powerful individual, maybe there’s a partner in crime?”

With this theory in mind, current characters who have been prevalent this season include the likes of Gill Biggeloe (Polly Walker) with the initial of her first name matching Professor Yardley’s suggestion of H matching with G. 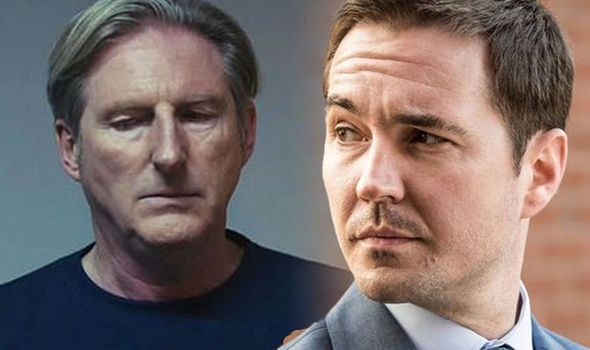 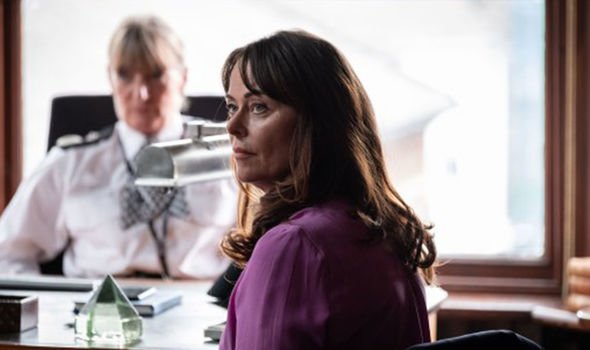 Could it be Gill, who has been acting as senior legal counsel and former mistress of Hastings, who has actually been working with her ex-lover to manipulate the police force?

Gill made a surprise reappearance this season, acting a legal counsel to the new police crime commissioner, but her behaviour has caused a stir with viewers who are itching to find out if she has something to do with the H conspiracy.

As well as the theory stipulated by Professor Yardley, fans of the show have recently taken to social media to suggest another cryptic clue which links Gill to the criminal mastermind.

Season four saw the death of Deputy Inspector Matthew ‘Dot’ Cotton (Craig Parkinson) but before his demise, he was seen trying to help DI Kate Fleming (Vicky McClure) with AC-12’s investigation into H by blinking the number of letter’s in the alphabet matching with the initial of the corrupt officer posing as the criminal mastermind.

Watching the moment back intently, some fans believed Kate counted the number of blinks incorrectly, meaning instead of labelling the corrupt officer as H, Dot was trying to tell the DI it was G; Gill Biggeloe. 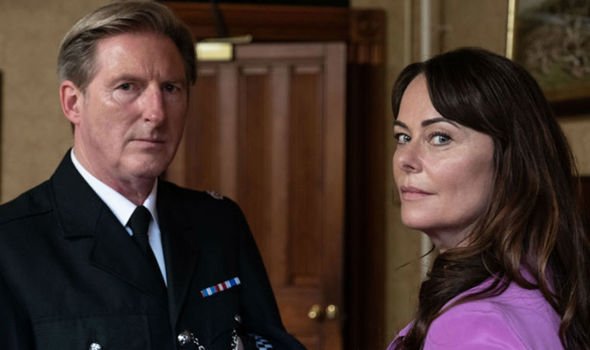 Taking to Twitter, one viewer posted: “A lot of people are saying Gill is H… made when Dot recorded his dying declaration he blinked on G and that got mistaken as H??!!”

However, continuing on from Professor Yardley’s theory of a team up, another pairing could be sh, with it possible Detective Sergeant Steve Arnott (Martin Compston) is working as H and playing a stellar poker face.

Could it be Steve knows AC-12 are getting closer to the truth and is trying desperately to pin the blame on his boss while all the time, trying to act up the innocent persona of dedicated police officer doing his best to crack the case?

With all manner of theories suggesting any number of characters could be the criminal mastermind, will the answer to the H conspiracy ever be answered?

Line of Duty concludes Sunday at 9pm on BBC One.