The EU and UK government are currently “working intensively” to ease tension over post-Brexit checks at Northern Ireland ports. Talks are under way to ease tensions after checks at some ports were suspended following “sinister” threats made to staff. As part of the Brexit Withdrawal Agreement, Northern Ireland protocol guarantees an open border between the EU and Norther Ireland with no controls on exported products. Instead there have been checks on products travelling from Great British to Northern Ireland.

Addressing the rising tensions on Jeremy Vine on 5, Line of Duty star Adrian has called on Prime Minister Boris Johnson to help ease the situation.

Vine began: “We’ve discussed for four years Adrian how to avoid a hard border in Ireland and the answer people came up with was you search stuff when it arrives on the coast on behalf of the EU.

“Now, are you surprised loyalists are furious with that?”

“Well I am surprised because in a way they voted for it and they wanted Brexit,” Dunbar replied. 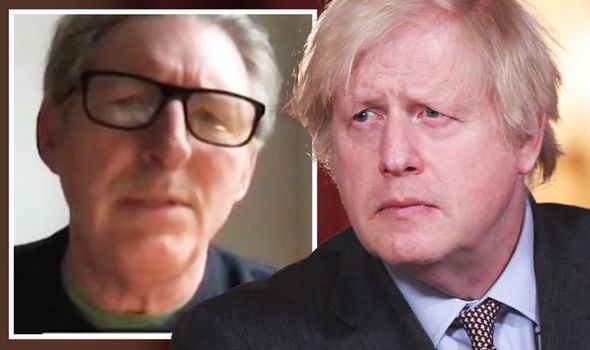 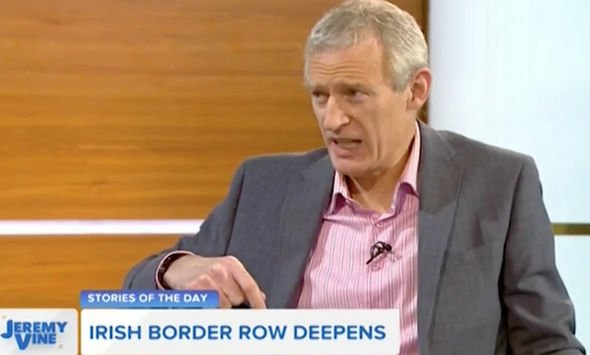 “Most people in Northern Ireland didn’t want Brexit, they wanted to remain within the EU.

“I think the important thing at the moment is that the rhetoric remains calm, the leadership on each side with the EU and UK are calm.

“As I understand it, there’s a number of things the UK government could be doing to ease the situation. 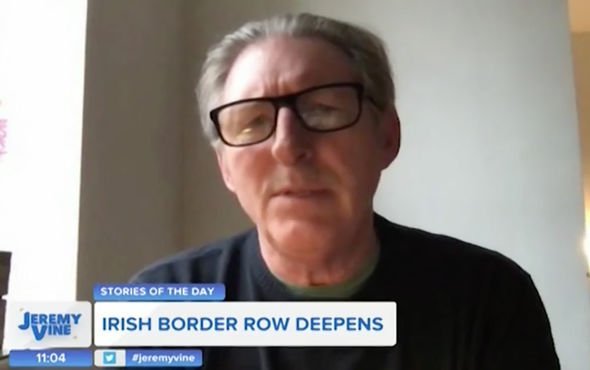 “If they did that I think it might help. There’s a conversation going on between the EU and British government at the minute and I’m hoping that’s going to calm things down over the next few days.”

People need to step back from the brink of violence, Northern Ireland’s chief constable has said, amid rising tensions over disruption to Irish Sea trade from the rest of the UK after Brexit.

Simon Byrne warned of a “febrile” atmosphere after 26 graffiti incidents were detected across the country, and officials carrying out customs checks at ports in Belfast and Larne withdrew following the threats.

Police said they have changed their operational tempo and will be accelerating development of intelligence.

Mr Byrne told the Policing Board in Belfast: “It is now time for wise words and calm heads.

“We need to work together to look at a route map to normality because that seems to be the opportunity before us, to step back from the brink in terms of community tension.”

It comes after John Penrose, MP for Weston-super-Mare clashed with Newsnight host Emily Maitlis about the issues with checks at NI ports.

As food supplies have been delayed, Mr Penrose explained: “As the Prime Minister said, it’s not acceptable.

“It’s not the way it’s supposed to be working, and I think Michael Gove said earlier on today there’s been real damage done and there’s real problems to solve.

“Now, the important thing is we’ve only had 34 days of it, I completely agree with Ian that we don’t want to have another 34 days like that but we are still in the early days.

“There is time to fix this, but fix it we must.

“We must not just say ‘let’s all keep calm’ and use that as an excuse to do nothing.”

When Maitlis quoted Professor Anand Menon, that the issues were “an inevitable consequence of Boris’ Brexit deal” Mr Penrose “disagreed”.

He hit back: “I would fundamentally disagree with the analysis of the piece that you were quoting there about it being an inevitable consequence.

“What we’ve got are some serious problems but we have got mechanisms in the protocol, there is a committee for example set up between, Michael Gove is on it, Mr (Maros) Sefcovic from the EU is on it, which is specifically there to cope with problems when they arise, and these are problems.

“I’m not trying to minimise them, they need to be fixed, but we’ve got to give it a chance and we’ve got to work through them rather than just throwing everything up in the air.”