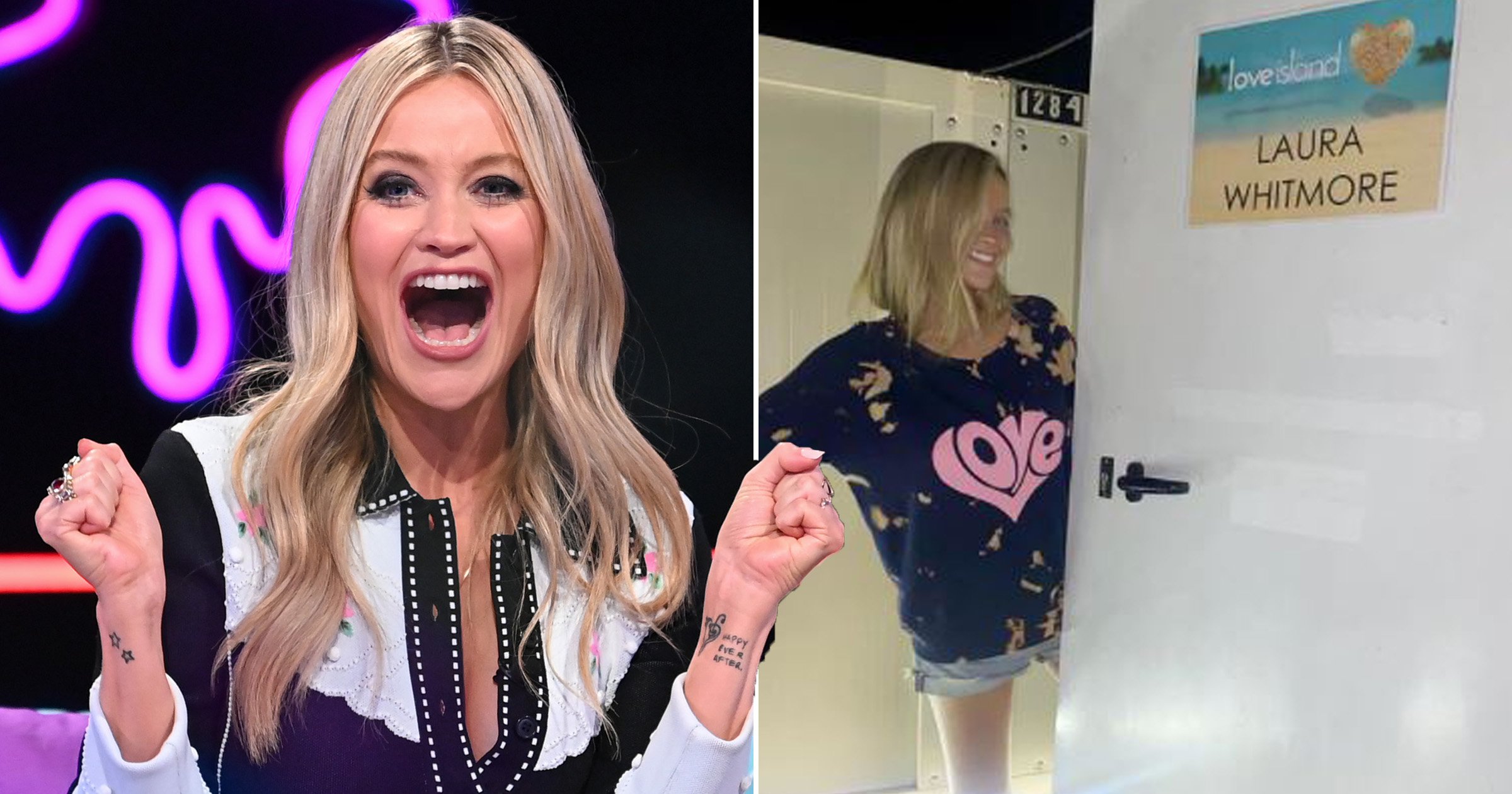 Laura Whitmore has given Love Island fans a behind-the-scenes glimpse at the show’s villa as she shared her excitement ahead of the final.

The television presenter, 36, took to Instagram on Saturday to share a picture of herself standing in the entry to her dressing room.

A Love Island branded sign with the broadcaster’s name could be seen on the door and she proudly smiled as she stood alongside it.

The star was dressed for summer as she wore a comfortably baggy top with the word ‘love’ emblazoned across it.

She donned a pair of tiny denim shorts and appeared to be standing barefoot on the set on the Spanish island of Majorca.

Laura captioned the picture: ‘Who needs sleep when you have LOVE! Final countdown is on!’

The final of the ITV show is set to air on Monday August 23, with Laura visiting the villa to reveal which couple the public has voted as their winners.

Each member of the winning couple will be presented with an envelope, one of which represents the £50,000 prize fund, and they will have to decide whether to share the winnings or keep them for themselves.

Laura, who took over as host of the show from the late Caroline Flack, has been criticised by viewers this year for hardly appearing this series.

The star usually delivers news to the Islanders in person at the villa but this year the contestants have been communicated with by text message.

On her reason for not being on screen as much this year, she recently told a fan on social media that it’s down to her hosting spin-off show Aftersun.

‘Hosting live show from London weekly, think you’d enjoy it if you watched!’ she said. ‘I’ve got a great roaming package for the aul Spanish texts at the mo.’

However, Laura has jetted to Majorca on a number of occasions this year for the show, with the star being spotted with her baby daughter as she arrived in June.

The screen star shares the tot with husband Iain Stirling who does the voiceover for the show.

Meanwhile, Iain stays in the UK to record his parts from London.

Love Island continues on ITV2 on Sunday at 9pm.