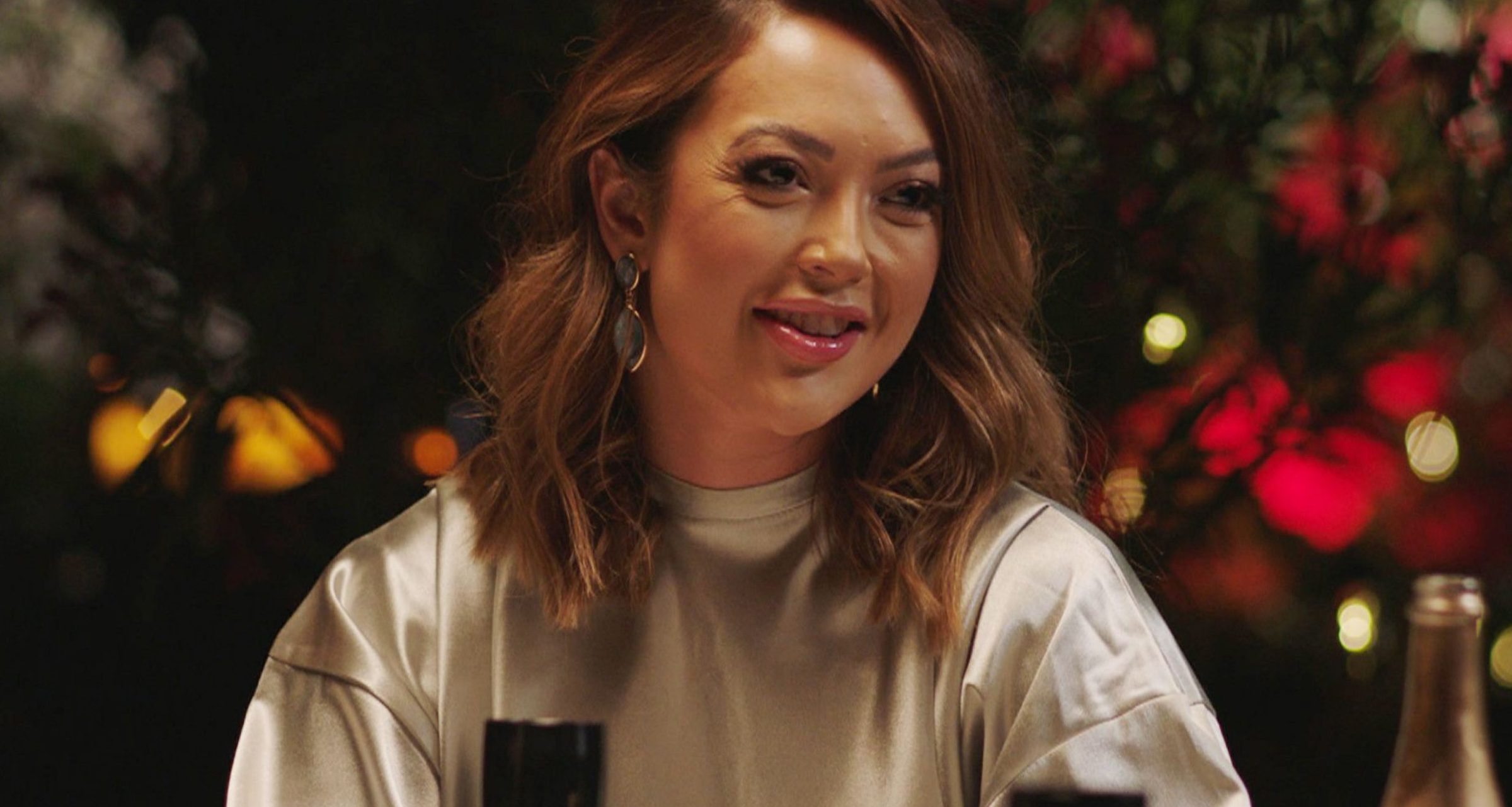 Love Island’s Sharon Gaffka has been dumped from the villa in scenes that aired tonight.

The 25-year-old civil servant’s exit came after a shock recoupling, which saw newcomers Danny Bibby and AJ Bunker get to decide who they wanted to partner up with first.

‘We all took a plunge when we came here,’ Sharon said after a teary exit. ‘Love is never guaranteed. I’m glad I took the plunge. I’m still on the hunt for love.’

Following the recoupling, AJ and Hugo Hammond are now an item, as are Danny and Lucinda Strafford, Aaron Francis and Kaz Kamwi, and Jake Cornish and Liberty Poole.

Liam Reardon and Millie Court are together, as are Toby Aromolaran and Chloe Burrows, and Danny and Faye Winter.

Earlier in the week, Danny issued an apology after it was reported he used a racial slur on social media in 2019.

‘I’d like to take the time to apologise to anyone that may have taken offence to my inappropriate remark.

‘I never meant anything malicious by this comment at all. I am not a racist person and it’s unacceptable language and ignorant. I meant no offence and feel like I have really learnt from my mistakes and will never use that word again.

‘I am a kind loving person and hopefully you get to see that in the show.’

In a now-deleted post from November 2019, Danny responded to a friend, who was white, who commented on a picture of him in Dubai.

The original comment read: ‘Champ’, with Danny replying: ‘My n***a.’

Danny’s father, Richard, also apologised for any offence caused and insisted that his son did not use the slur ‘maliciously’.

‘Danny does not have a racist bone in his body and there were no racist intentions to this post,’ he said. ‘Although it was not done maliciously, it was a mistake.

‘I absolutely apologise on his behalf for the offence this wording may have caused. That would never have been his intention.’

Love Island continues on Monday at 9pm on ITV2.