LOVE Island fans were left open-mouthed at how similar Chloe Burrows is to her mum and sister.

Emotions ran high during the ITV2 show last night after the remaining Islanders' family members turned up at the villa for a reunion. 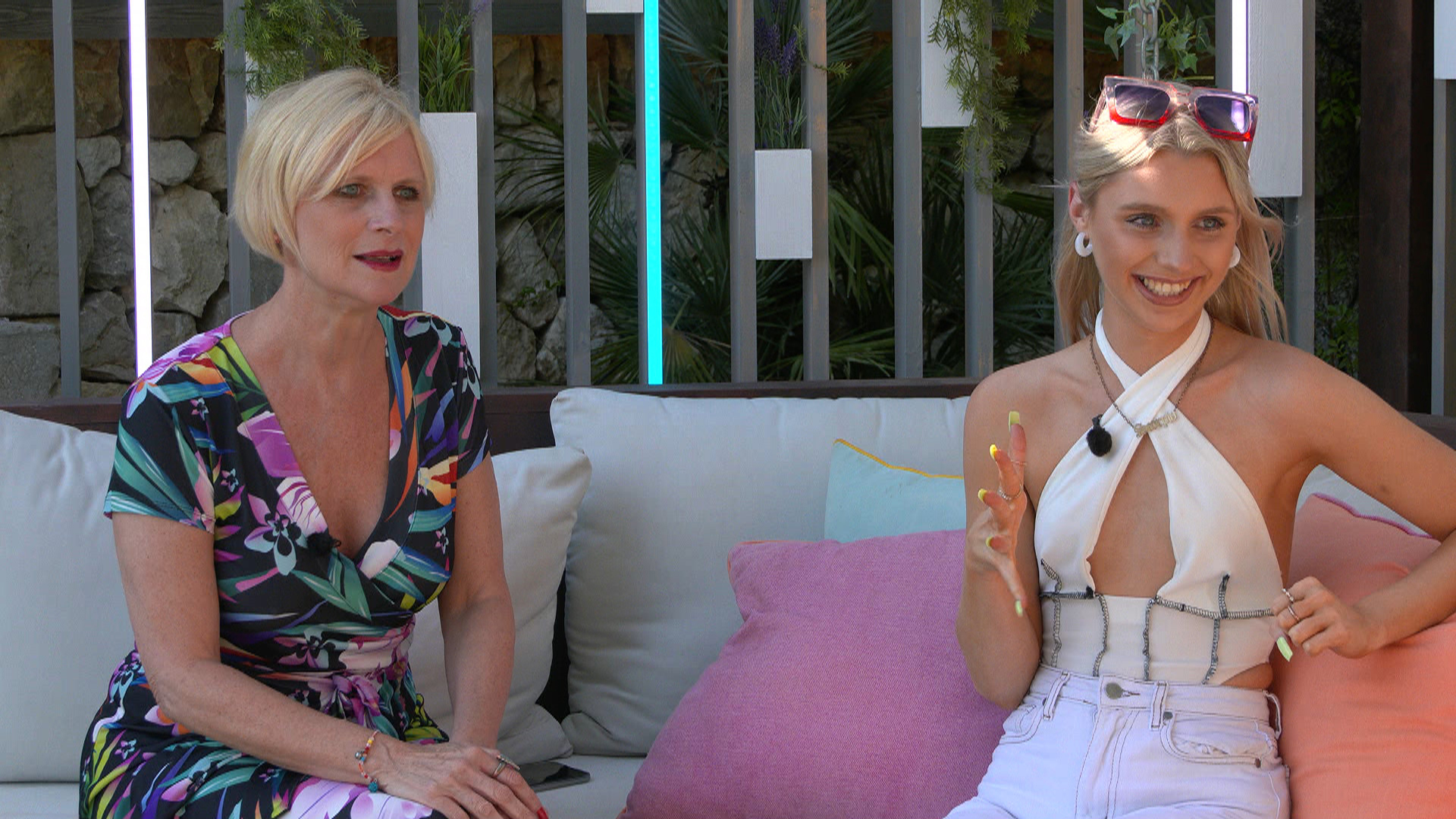 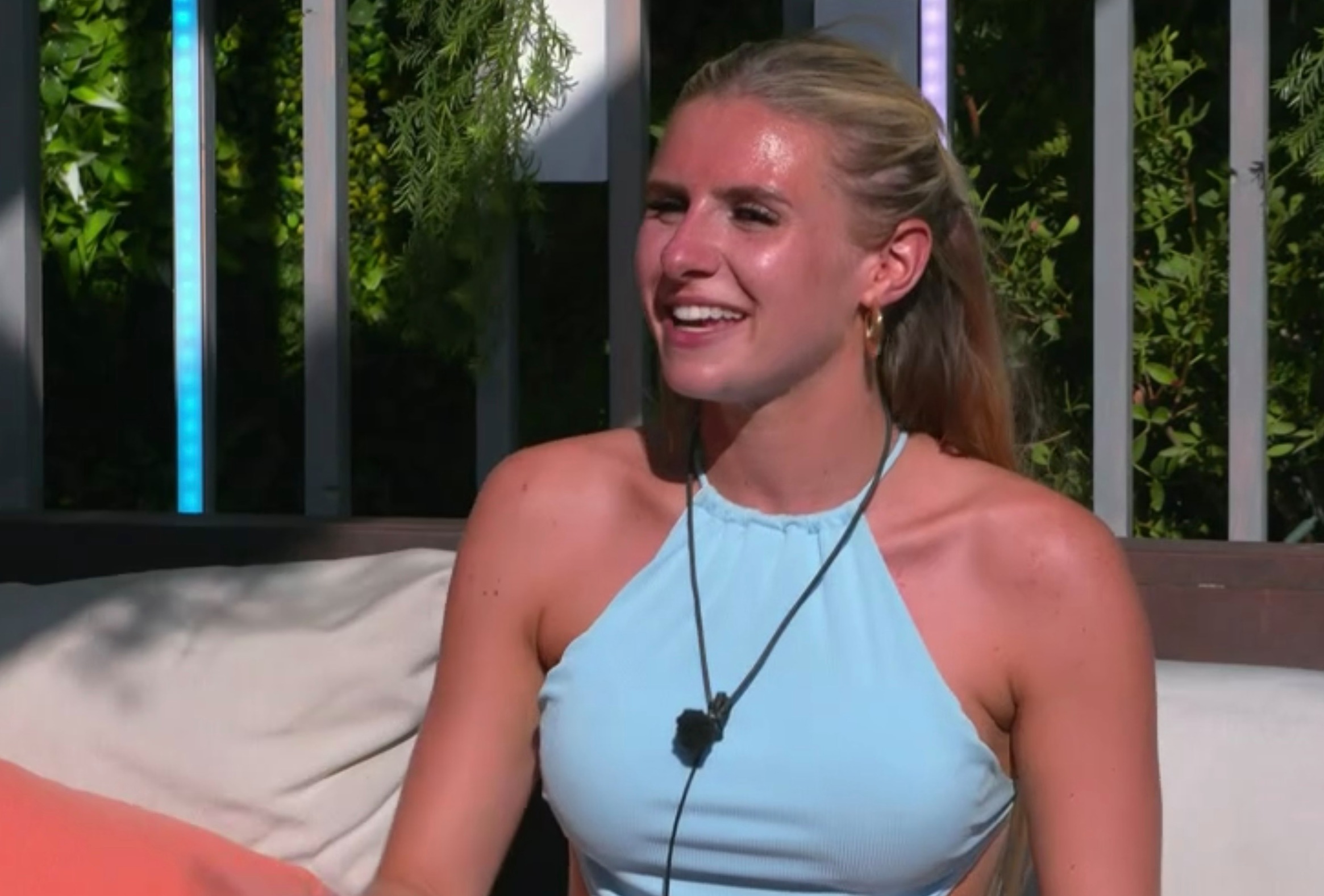 After Millie Court received a picture of her mum and sister outside the villa with Liam Reardon's mum and dad, the Islanders knew what was coming

The last couple to see their family members were Chloe, 25, and Toby, 22.

As Chloe sat down and caught up with her mum Louisa and sister Bridie, fans couldn't get over how similar the trio are both in looks AND personality.

One viewer wrote on Twitter: "Chloe’s mum and sister are f*****g nutters too I love it. Never seen a family so alike!"

Another said: "So theres Chloe, her mum and her sister. There’s literally THREE chloe’s!!"

A third chimed in: "Chloe's mum and sister look so much like her. Genes are weird, man."

A fourth added: "Chloe, her mum and sister are all the same person."

Chloe mum told her: "Chloe I'll tell you something, you've been fantastic.

"Darling, you have been iconic."

She also addressed Toby's Casa Amor antics, but said that she knew Chloe would "take him back straight away".

Chloe's sister also asked: "How much sex do you need to have?!"

Meanwhile Toby broke down in tears after seeing his mum Victoria and sister Shauna for the first time.

His mum told him that she looked away during his visit to the Hide Away with the marketing executive, but said that she's happy he's finally met someone.

Liam Reardon and Millie Court were the first Islanders to reunite with their loved ones.

The Welsh hunk was over the moon to see his mum Donna and dad Paul for the first time in nearly two months.

Speaking of Millie Court, dad Paul said: “She’s lovely – she’s obviously as lovely on the inside as she is on the outside.”

However he had to address how he felt when he decided to crack on with Lillie Haynes in Casa Amor, saying he "shouted at the TV a few times".

But was proud that he held his hands up and took the blame.

Millie's sister Jessie pointed out how clear it is that they like each other and it's clear to watch, while her mum Esme told her daughter that she had already googled it's a three hour journey between Essex and Wales.

Faye Winter and Teddy Soares were next up.

When the families met for the first time, Teddy's brother said of Faye: “She is funny, she has got the chat, she is fiery…”

Carlos jokingly interrupted: “Does she think you’re funny by the way?”

And fans were convinced Teddy's brothers "clearly hate Faye" after their savage put-downs during their awkward meeting.

Kaz Kamwi got to see her lookalike sister Banji and their mum too.

Banji certainly approves of the estate agent as she told her sister: "I think he’s so cute, he doesn’t take himself too seriously. That’s so your vibe.”

Their mum added: "You compliment each other.”

Meanwhile Tyler's mum Janet and dad Andrew couldn't be happier with how things have worked out for them.

Janet told his son: "I like her. She is beautiful. She really does get you."

After eight weeks away from home, one of the remaining couples will be crowned the new king and queen of Love Island.

They will also get their hands on the £50k cash prize which they can either steal for themselves or share with their partner.

Watch the final of Love Island tonight at 9pm on ITV2 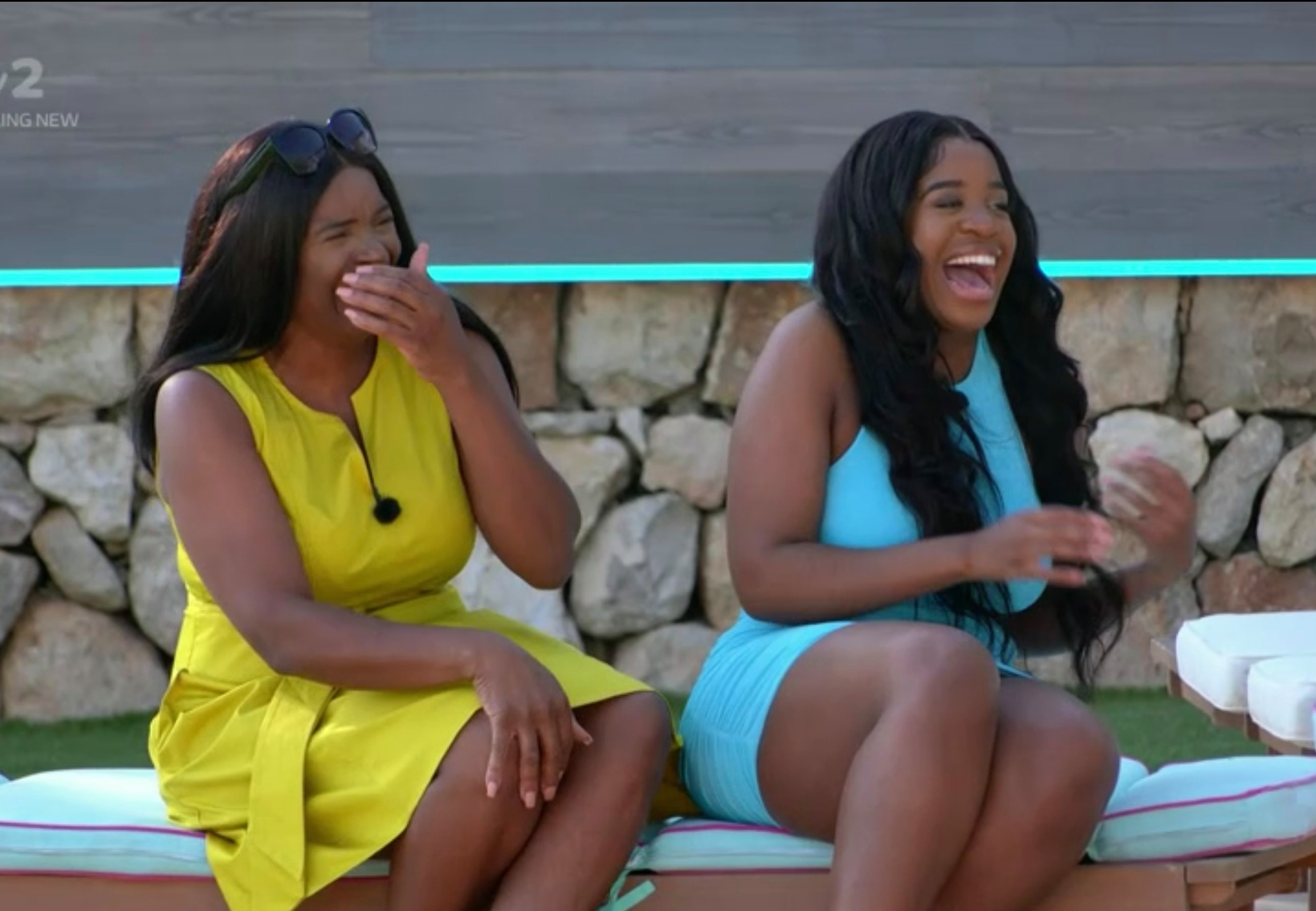 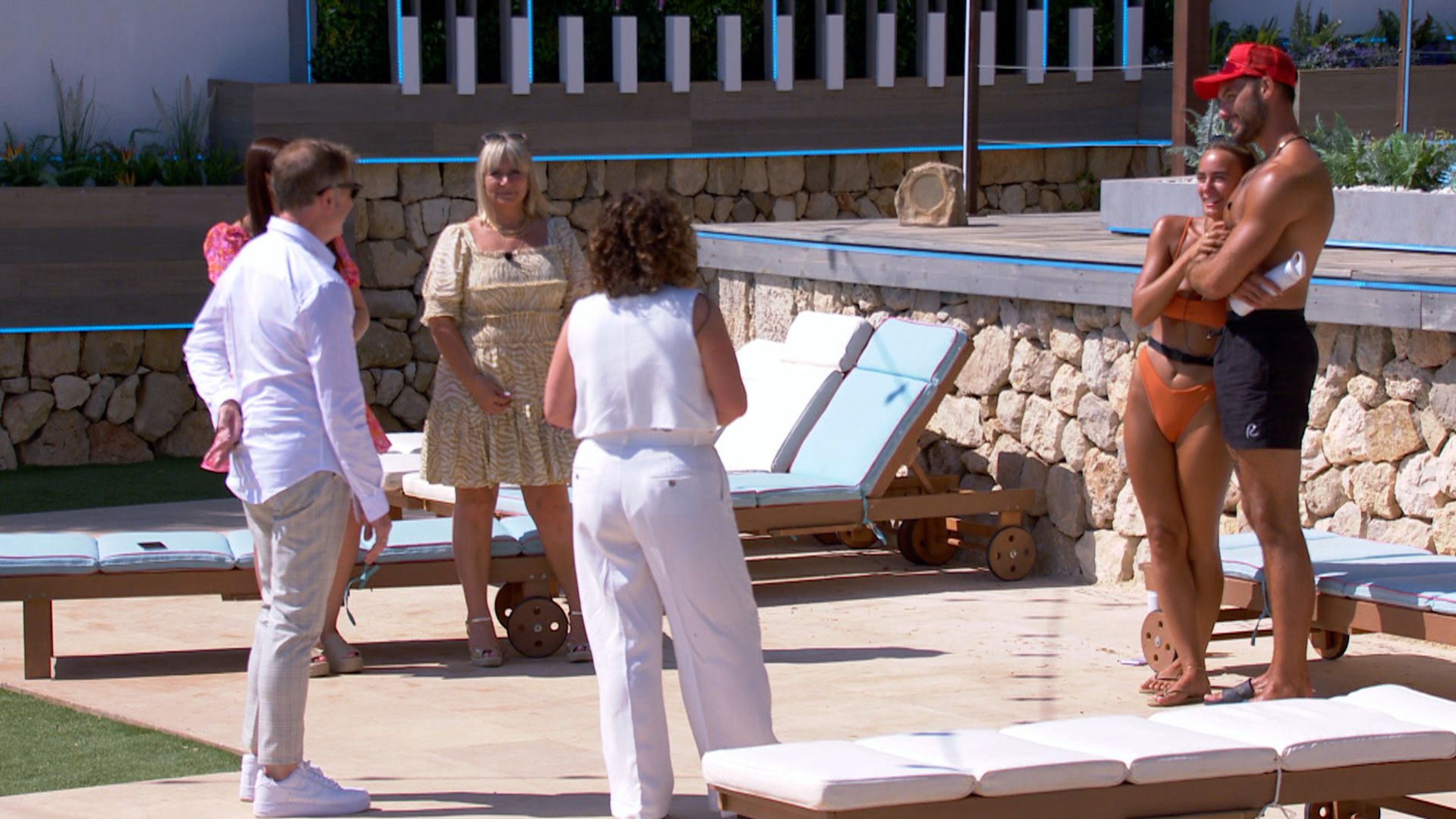 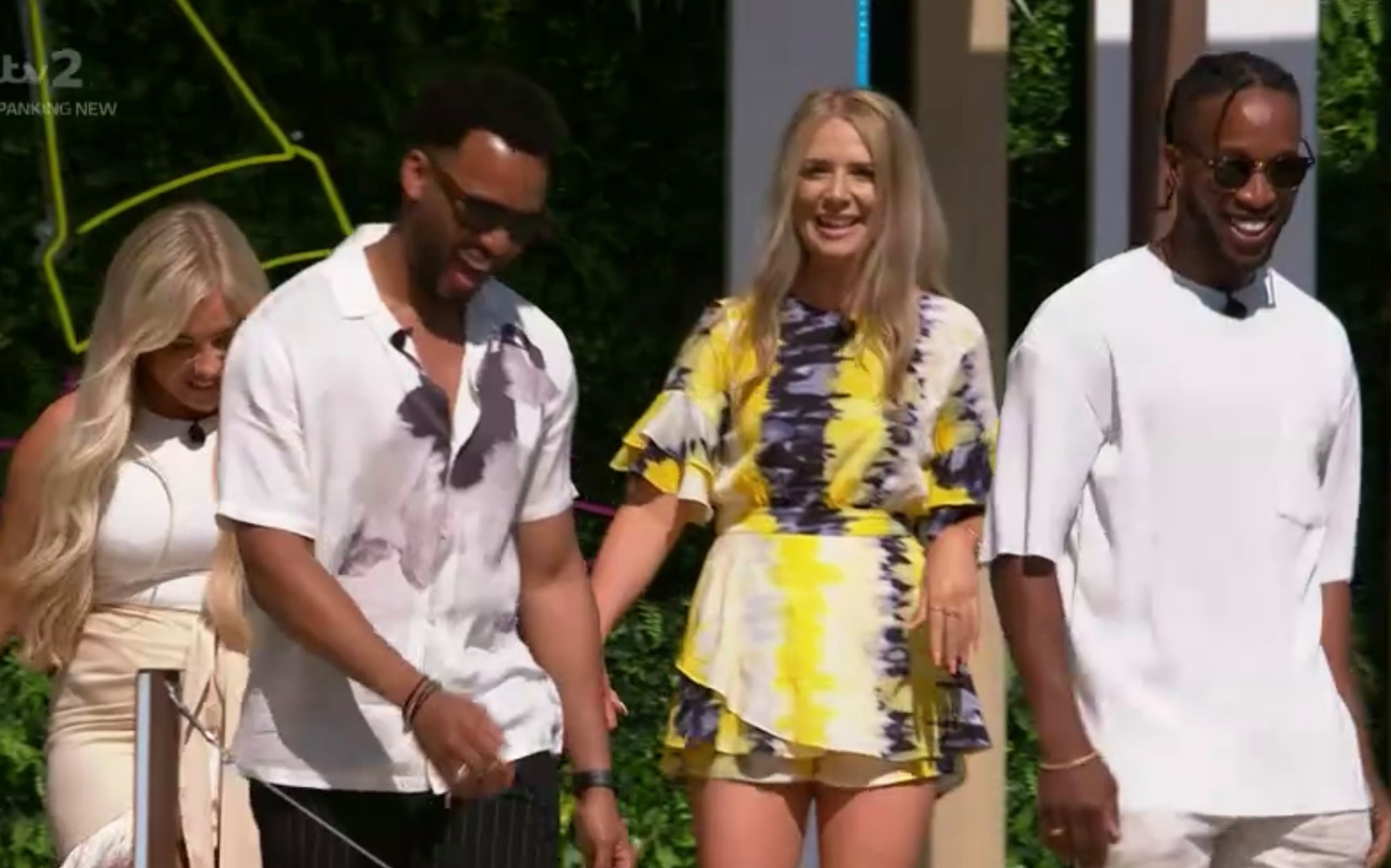