Jake, 24, made the saucy confession while chatting to Liberty, 21, in the latest instalment of the ITV2 reality show.

Liberty asked Jake what his favourite position is and he replied: "Ahhh, I like Scissors."

Baffled, Nando's waitress Liberty confessed that she didn't know that position, telling him: "What is Scissors again? I'm thinking of the one where your legs are on the shoulders?"

Doing a scissor action with his fingers, he replied: "No, you've got to think 'scissors' like that…"

As he continued to explain, Liberty admitted: "I can't lie, I've never done that one before." 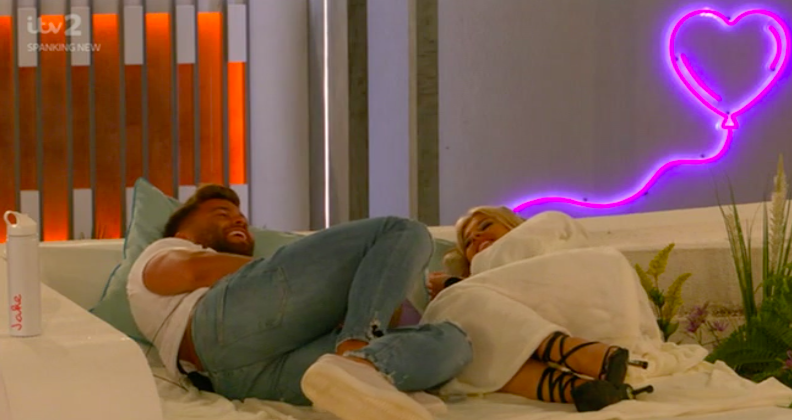 Jake cheekily replied: "Well, there's a first for everything, you know!"

The couple then went on to share a smooch, despite it being marred slightly by Jake breaking wind at the end of the kiss. 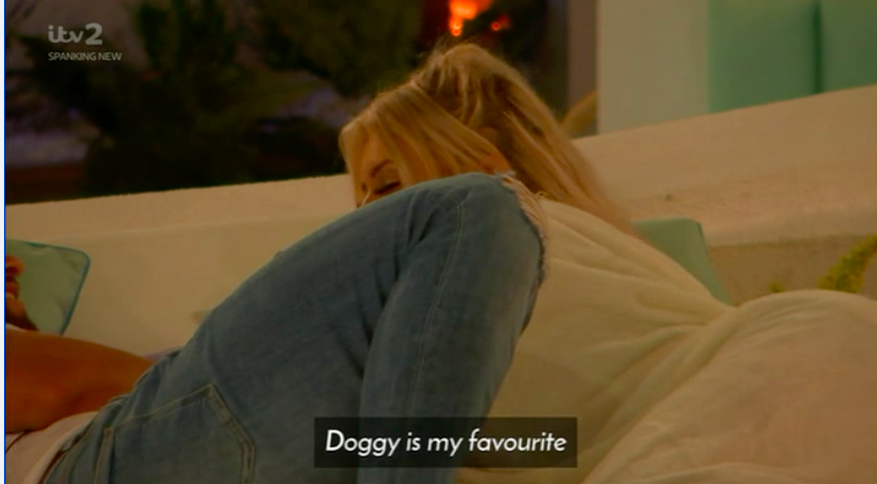 Jake and Liberty coupled up during the launch night of this year's Love Island and had been tipped as the strongest couple.

But despite saying that her eyes 'draw him in', it appears their romance is poised to fall apart.

Later in Thursday night's show, Jake looks set to confess that he doesn't have feelings for Liberty after all.