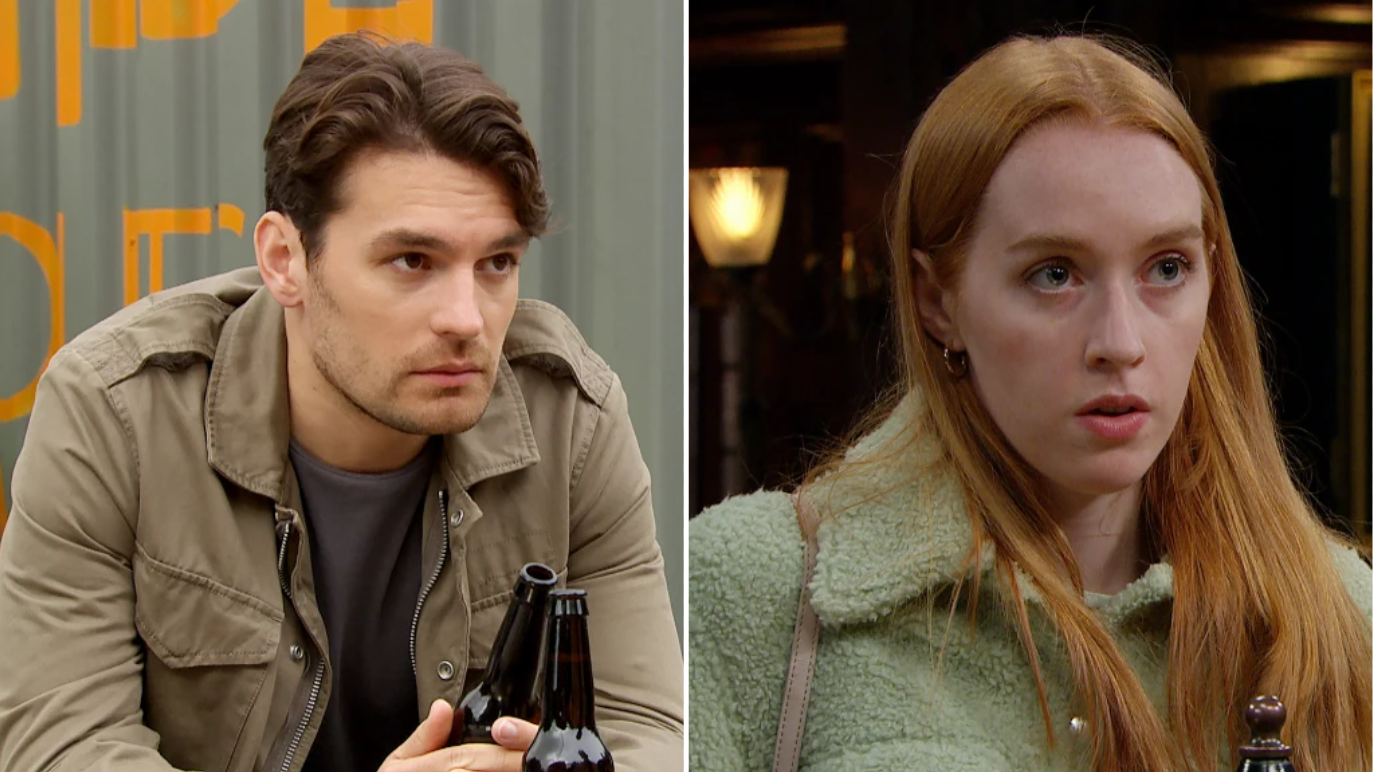 He has debated telling Charity (Emma Atkins) the truth but in classic Mack style, he’s always backed out and changed the subject.

A few weeks ago, when he prepared to tell Charity that he’s going to be a dad, he ended up proposing instead!

As the festive period kicks off in the Dales, Chloe and Amy (Natalie Ann Jameson) head to the church for baby Esther’s christening.

They’re somewhat frosty around Chas (Lucy Pargeter) and Charity, which leads to an argument and the christening being derailed.

Soon enough, things get physical between Charity and Amy so PC Swirling steps in.

The next day, having been released from prison pending further investigation, Charity puts on a strong front to Mackenzie.

Aware his partner is struggling, Mack attempts to coerce Chloe into changing her statement, fearing Charity may go to prison…but will she?

What will Mack say in order to get Chloe to change her mind?

Could he use the pregnancy to his advantage?