The Australian version of Married At First Sight is immensely popular with UK viewers and as the series nears the end, those who signed up to the experiment have spoken out about their experiences in front and behind the cameras. The series, which was filmed back in 2019, saw 26 strangers paired together by “experts” and unofficially “married” before embarking on a crazy journey together as they navigate and figure out whether married life is for them. With every episode, there has been high tensions and lots of drama, resulting in some couples being pushed to the brink, while others simply break up and walk away.

For Michael Brunelli and Martha Kalifatidis, they were initially blown away by each other’s physical appearances when they met at the altar, fast forward 12 weeks and they have grown to love one another’s personalities too.

Speaking about taking part in the show, Michael discussed the rules around filming and let slip both he and March “broke” them a couple of times.

Taking to Instagram stories for a Q&A, Michael explained some of the guidelines he and the other couples starring in the show had to abide by. 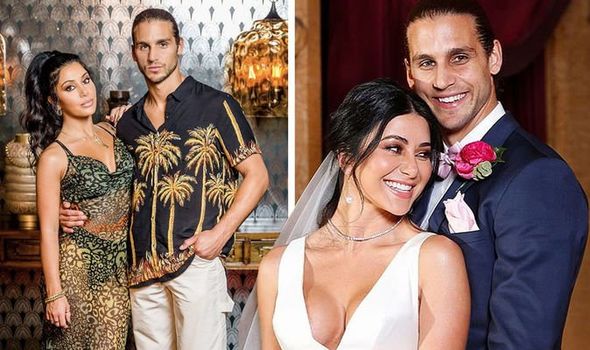 He said brides and grooms were not allowed to confronting one another when the cameras weren’t rolling, with each couple having to stay apart so they wouldn’t learn any new information in between filming.

“One of the weirdest things, when we were on MAFS, was that they didn’t film all day, so when the camera crew left [at night], they told us, ‘Don’t learn anything about each other, don’t really talk to each other because it needs to be on camera,’” the P.E teacher revealed.

“If you have a fight, you need to stop mid-fight, call the producer so they can bring the camera and can start recording… then you’ve got to keep going with the fight!” 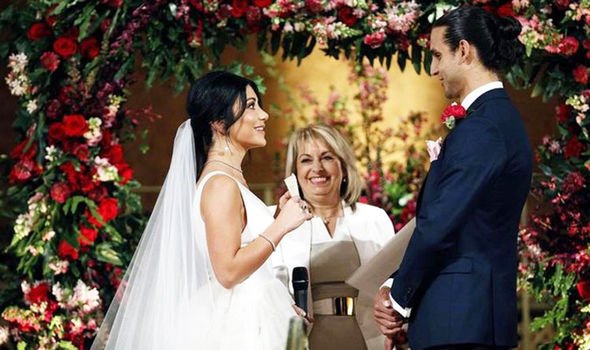 Michael said he and make-up artist Martha “broke that rule” a lot during the 2019 season and it “drove our producer crazy”.

In another post, Michael added: “I know a lot of people think that the drama on MAFS is fake – it’s not. The emotions are real, the issues are real.

“But what the producers can do is, if they know you’ve got a problem with someone and they know you’re feeling a bit emotional – they might put you at the dinner party sitting across from them, knowing that after a few hours, something is going to brew.

“If you’re dumb enough to take the bait on that, that’s your fault not the producers’ fault.”

As for Michael and Martha’s relationship status, the pair – who are both from Melbourne – now live together in Bondi, Sydney.

Despite Michael’s comments about the show being genuine, Sam Ball claims his affair with Ines Basic was fake.

Both Sam and Ines were married to other people, but in shocking scenes, Ines contacted Sam over Instagram and the two began exchanging flirty messages before meeting one evening for drinks.

After their date, they headed back to Sam’s room where Ines spent the night. 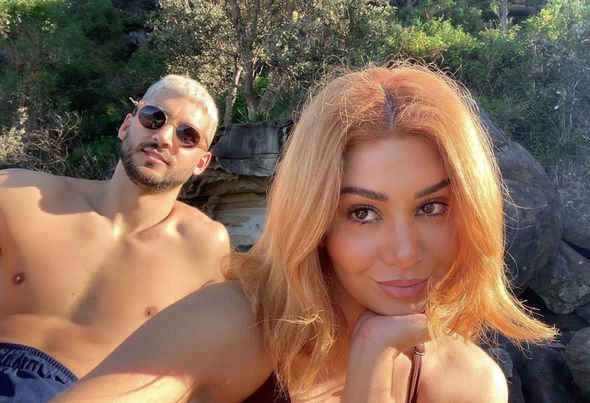 Rumours started swirling amongst the other couples and the truth was eventually revealed.

But Sam is adamant their illicit relationship wasn’t real.

“Thank you to all you guys in the UK enjoying the show because I’m about to ruin it for you,” he began before explaining how the producers of the show were the masterminds behind the scenario.

“They pulled me into a dark room, a black room, and asked me to do the Ines thing. They set that up. They made Ines DM me on the phone, that was all staged.

“I throw her on the bed on that date night, not even five seconds later, the producers come in and de-mic you.

Married At First Sight Australia is available to watch on 4oD now.