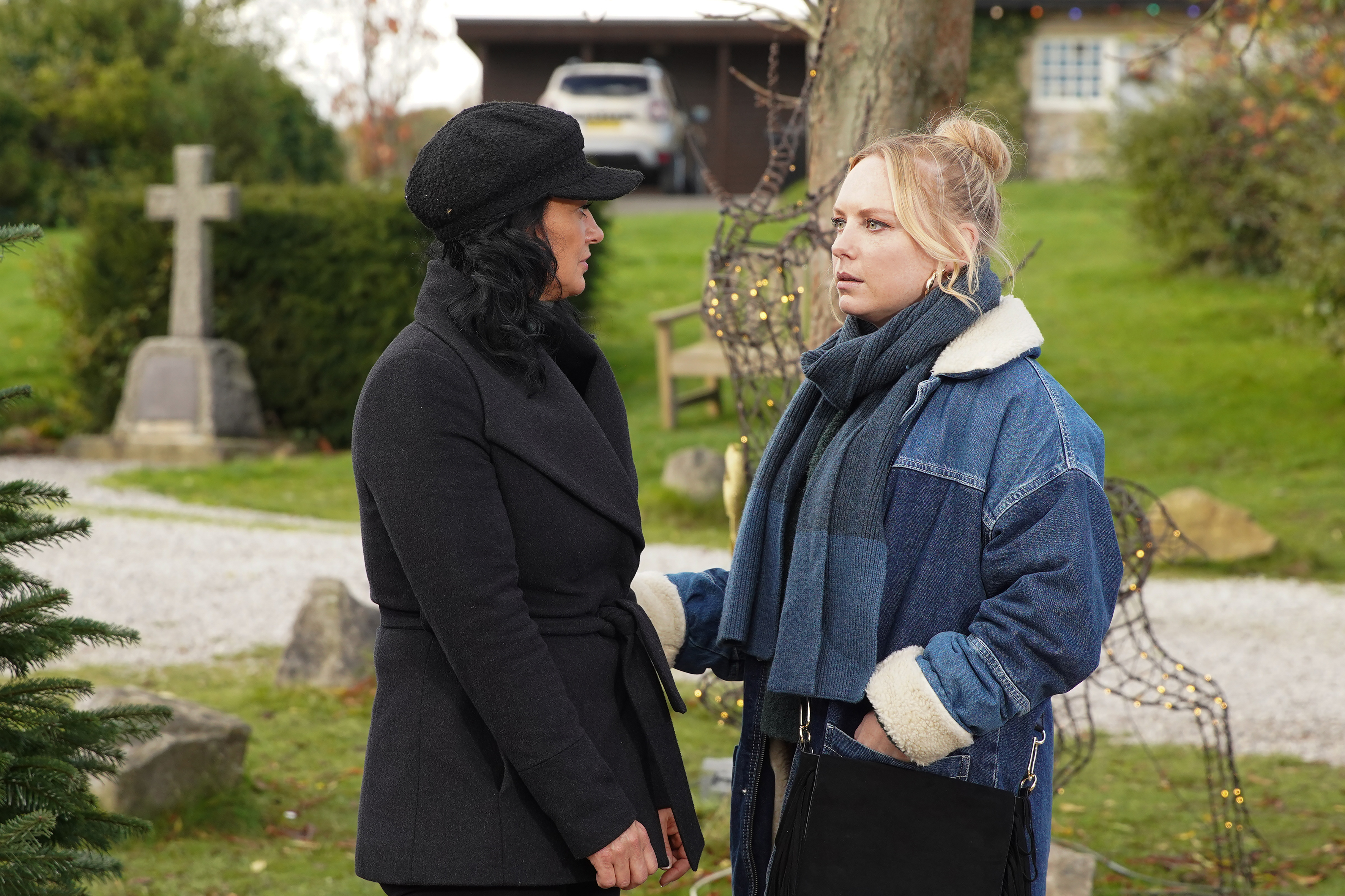 The pressure is getting to both Moira (Natalie J. Robb) and Amy (Natalie Ann Jamieson) in upcoming Emmerdale episodes as they struggle to keep the terrible secret that Kyle (Huey Quinn) shot Al Chapman (Michael Wildman).

With Kyle devastated about the effect that the lie is having on his dad and hating the fact that Cain (Jeff Hordley) is in prison because of him, Amy and Moira try to present a united front to ensure that Kyle is supported and doesn’t say or do anything to incriminate himself, but it gets increasingly hard.

The two women begin to panic about ever being able to let Kyle out of their sight for fear of what he could say. They decide to take him and Isaac (Bobby Dunsmoir) to the choir event to try to keep a sense of normality in the festive season, but they manage to lose sight of Kyle for a moment.

Absolutely horrified, they see that he is talking about Cain – to PC Swirling (Andy Moore). In desperation they swoop in to take Kyle away before he can say something revealing. PC Swirling, however, is troubled by Moira and Amy’s suspicious behaviour.

Back home, Moira and Amy question Kyle, wanting to know exactly what he said to the police officer, but the more they pressure him the more upset he becomes and they don’t get any answers.

Following this, Amy is crumbling and she’s not sure she can do this any longer. Moira insists that if they unite to give Kyle the best Christmas possible they might just be able to save the situation. Moira’s not entirely convinced herself and the pressure’s beginning to mount on her too.

Can they keep up this pretence? And how much did Kyle reveal to PC Swirling?