I remember as a teenager reading Lois Duncan’s “I Know Who Killed My Daughter,” a gateway tome for many future true crime lovers. It was a story gripping in its narrative, but also utterly terrifying in the realization that homicide can touch anyone and leave a family with only fragments of tinted memories of who their loved one was, with a lack of answers into their death hanging over their head. I have no doubt that Madison Hamburg’s “Murder on Middle Beach,” on HBO will feel familiar to those who have read Duncan’s story — or that of any crime victim.

On March 3, 2010 Barbara Beach Hamburg was found murdered on her front lawn. The suspect pool seemed small and obvious; Hamburg was going through a contentious divorce with her husband who owed her a significant amount of alimony and child support. But as with most true crime documentaries, that’s only the tip of a deep iceberg that, over four episodes, is revealed to be a miasma of mistrust and dark family secrets.

Madison Hamburg was just 18 when his mother was killed, and it’s in 2013 where “Murder on Middle Beach” starts, with him embarking on a documentary for film school. His goal, initially, is to find out who his mother was as a person, remarking that it’s only once children become adults that they learn about who their parents are — and he never received the opportunity. There’s a feeling watching Hamburg start on his journey that’s reminiscent of Kurt Kuenne’s 2008 documentary “Dear Zachary: A Letter to a Son About His Father” in that both use a horrific murder in order to pay tribute to a life cut short.

Where true crime documentaries tend to focus on the crime itself, Hamburg nimbly balances the story between his mother’s murder and also his own discussions with his family about her life. Starting the project as a college student, the audience sees Hamburg as a confused but passionate young man who’s been through the wringer, both personally and emotionally. He reminds those he interviews that he has to ask tough questions — “Did you have anything to do with my mother’s murder?” being the most obvious — but more importantly, that he wants to learn about his mother as a woman.

The sheer amount of archival video of the late Barbara Beach Hamburg and her family is beautiful, warm, and heartbreaking on its own merits. It also serves as the springboard towards examining the façade that is often viewed throughout family photos, memories, and, yes, documentaries in this genre. 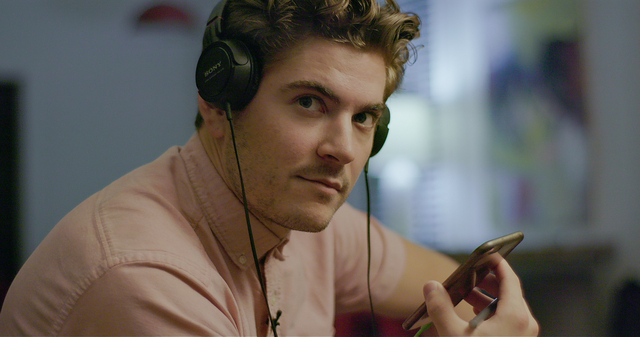 Almost like an Agatha Christie novel, nearly every single person in Barbara Hamburg’s life had motive to murder her. At one point Hamburg’s aunt, Conway, tells him she fears the truth will cause him to hate her — and it’s easy to see why. Hamburg learns about his mother’s struggles with alcoholism, a trait that ran in her family; he learns about the harsh relationship between Conway and Hamburg’s sister Ali, resulting in Conway believing in her heart that Ali murdered Barbara. By the midway point of the series it’s hard to see how Hamburg can trust any of his family members considering they all mistrust each other.

The four episodes that comprise “Murder on Middle Beach” are a tightly-wound compendium of information, with Hamburg leaving no stone unturned. His relationship with his father runs throughout the series, not just with Hamburg’s father as the prime suspect, but also as an examination of his reluctance to open up to his son. A producer tells Hamburg that his father looks exceedingly guilty, and we watch the young man come to that same realization.

It’s painful and relatable enough to watch these two have pleasant but distanced conversations. It’s obvious they’ve had a relationship fraught with pain, even if the obvious accusations are put aside. But to watch Hamburg plead with his father to tell him about their marriage, what attracted the two to each other, only to be met with stark refusal leaves such a weight on everything.

“Murder on Middle Beach” feels like a vérité examination of generational conflict — but it’s also a murder mystery, and the fact that the murder itself remains a mystery is shocking. Hamburg openly resorts to spy tactics, taping microphones to his body to record conversations with the Madison, Wisconsin police department. To watch Hamburg search for answers, employ private detectives, and show up the police at every turn leads the audience to see the Madison police as inept at best and corrupt at worst.

Add in the events of the finale and it’s hard not to lean toward a charge of corruption, with Hamburg’s desperate attempt at control where the police have all but lost it. It’ll be interesting to see if the series continues in another form.

But even within all the murder discussion the audience keeps returning to the nature of family. Hamburg is left to wonder if everyone in his family might be a murderer: his father, two of his aunts (one who admits to trying to hire a hitman), even his own sister. For someone who started this documentary hoping to learn about his mother, Hamburg is left alone with his thoughts on how we are left to blindly trust the family we’re born into. If they weren’t all related by blood what would keep them together?

At the heart is Barbara Hamburg herself, a smiling face and loving mother if the video tapes are anything to go by. Was she a vindictive drunk, as her husband claims? Or was she a woman so kind that she was taken advantage of by her sisters and her own daughter? Or is the truth somewhere in between?