Marty Deeks (played by Eric Christian Olsen) and Kensi Blye (Daniela Ruah) have proven themselves to be two of the most popular characters in NCIS: LA over the past few seasons as the husband and wife crime-solving duo. And they’ve had their share of sweet storylines, most notably their season 10 wedding. However, after reaching another milestone and looking to buy their first house recently in the CBS series, Kensi actor Ruah has hinted they could be set for a more heartbreaking plot.

Deeks and Blye were back in the season 12 opener on Sunday to reunite with the likes of Sam Hanna (LL Cool J) and G Callen (Chris O’Donnell) to try and solve a brand new case.

And while everyone in the team made it to the end of the premiere alive, it looks like plenty more drama is on the way for Deeks and Kensi.

It’s already been confirmed and hinted that Deeks’ job could be at risk in season 12 as bosses incorporate the real-life impact of the pandemic.

But after looking for their first house together, Ruah has hinted the husband and wife duo could be forced to give that up as well. 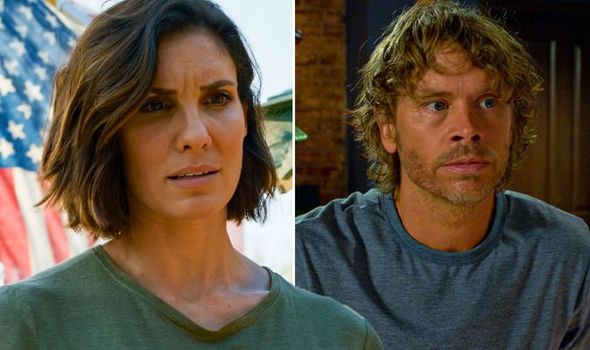 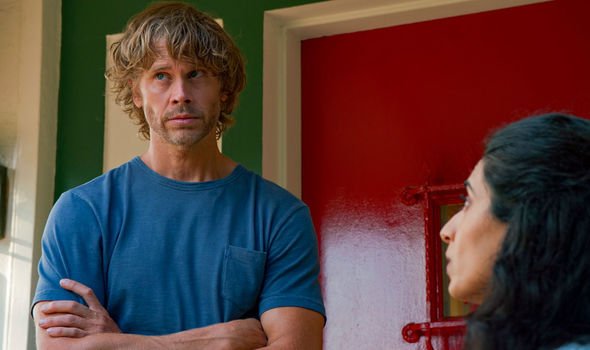 Speaking to ET Canada, the NCIS: LA pair were asked about how the coronavirus pandemic would be addressed in the show.

After Olsen admitted he wasn’t even sure if season 12 was set “post-pandemic”, Ruah weighed in.

“We haven’t referred to the pandemic yet on the show as far as I know,” she said.

Ruah continued: “Eric and I had, it was actually a very sweet scene at some point when they’re trying to buy a house, 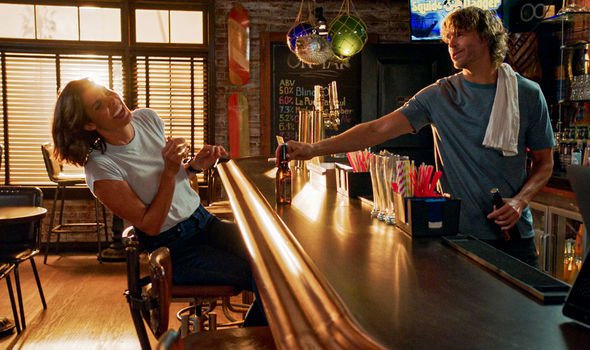 “(But) they may not be able to afford it, which is part of their storyline now – and so much more.”

She added: “At some point, we just feel disappointed about something and I say: ‘I cannot wait for this year to be over.’

“And he agrees, so there’s definitely a weight of 2020 but without specifically mentioning the pandemic or politics, for that matter.”

“2020 is a dumpster fire,” Olsen added, bringing laughter from his co-star.

But will Deeks and Kensi suffer the heartbreak of having to give up their dream home for good?

Fans will have to tune in to find out but it certainly looks a possibility given Ruah’s quotes.

But what could “so much more” mean for Deeks and Kensi in regards to Ruah’s comments?

Well, several fans are tipping a Densi baby in season 12 as their story progresses.

Taking to Twitter, one fan suggested: “I need to know if Deeks and Kensi are having a baby this season @NCISLA @DanielaRuah @ericcolsen.”

“I really hope that Deeks becomes an agent, and somewhere in there that Kensi and Deeks will have a baby, or at least find out if they can,” echoed a second fan.

While a third weighed in: “I love DENSI so much, can’t wait we can see a baby DENSI.”

So while the house hunt may be hindered, could Deeks and Kensi be expecting a baby together instead?

NCIS: LA season 12 continues every Sunday on CBS in the USA.