Considering most shows have taken an early hiatus due to the Coronavirus pandemic (COVED-19), NCIS: New Orleans has provided a few new episodes to make the change a little less difficult. However, with season 6 ending shorter than usual, the NOLA team may not have a satifying ending. 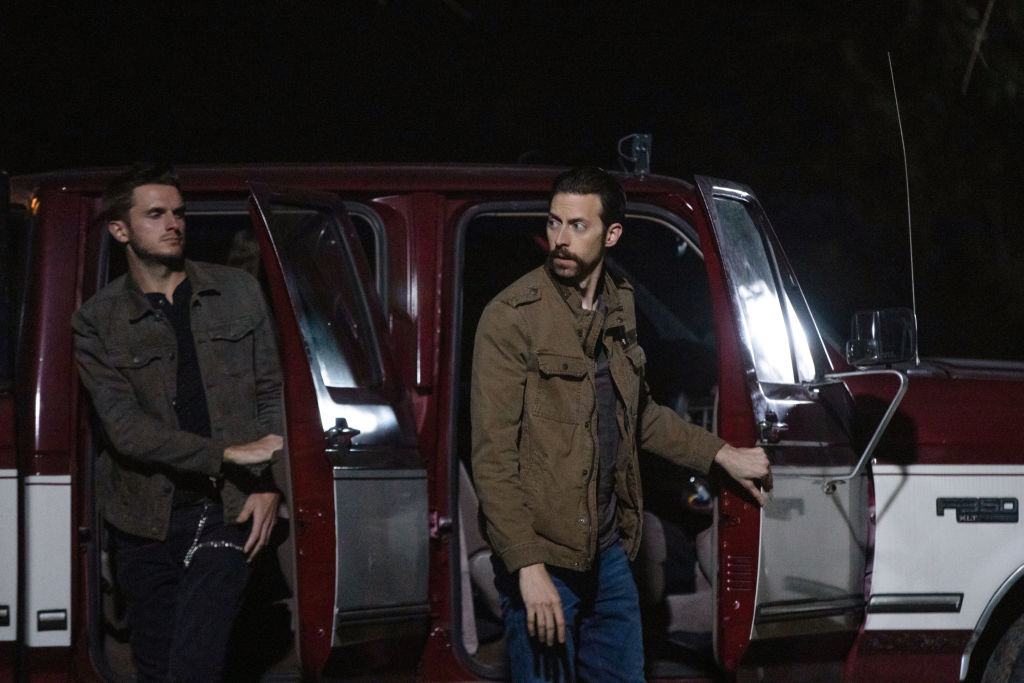 NCIS: New Orleans star, Rob Kerkovich, has been a part of the franchise since 2014. Once the back-door pilot aired via the mothership, NCIS, the networked picked up NOLA for a full season and Kerkovich signed on.

As one of the few who’ve been on Dwayne Pride’s (Bakula) team from the beginning, Kerkovich’s deep understanding of his character shows. In a previous interview with Parade, Kerkovich revealed why he loves playing the forensics expert so much.

“I like that he is trusting. A lot of times people ask how I am like him because we share a lot of interests, in terms of the nerd stuff, but I think Sebastian is a lot less jaded than I am, and I like playing that. He is eager to please,” he said.

He continued saying Sebastian’s life mirrored his own via, “Being the new guy to the group, wanting everyone to like him, wanting to feel useful,” he said. “He really wants to prove himself to these guys, and I, in a way, want to prove myself to the rest of the cast.”

Totally pumped about the new guy and how fucking handsome he is. #ncisnola

Not only did Sebastian prove he can go through the training, but he’s also a leader when tasked to do so. His placement with REACT has some wondering how it all works, especially since he’s still very active with the NCIS team.

This fan asked: “@RobKerkovich What happened to you joining the NCIS SWAT unit?? It seemed you were accepted, but you are back with the NCIS team. Just watching the show and wondering what happened (maybe I missed it?!)”

Kerkovich explained the answer the best he knew how.

“A lot of people have asked about this. My understanding is that being on REACT is like being a volunteer firefighter. Sebastian will still be working his “day job”, but could at any point get the call to go help REACT with a mission.”

For now, it looks like Sebastian till pull double duty on two important teams. The bigger question remains, how long can he perform well for both without sacrificing his well-being?

Kerkovich hosted an Instagram Live party during a recent episode

Apologies to the people last night who thought my Instagram Live watch of #NCISNOLA was going to be anything more than just drinking and wearing wigs. 📸 credit: @mekenziemcelroy (I think!)

Fans were treated to a special show during the March 16 episode of NCIS: New Orleans when Kerkovich took to Instagram to answer questions while dressed in wigs and chugging a drink or two.

The live stream, some said, helped with “pandemic anxiety.”

“It was a grand old time! You should do that every week,” one fan commented. “Lol. Nice one, Slim,” another viewer said. ” loved it!! Had a great time!” more fans echoed.

It’s unclear how things will wrap up with Season 6 taking an early break, but at least we have Kerkovich to keep us entertained in the meantime.