Finn (played by Rob Mills) is currently living with the Kennedys on Neighbours after the court acquitted the former felon on his past crimes due to his retrograde amnesia diagnosis on the Channel 5 soap.

Since he moved back to Ramsay Street, residents of the cul-de-sac have been reluctant to believe Finn has changed his villainous ways although he has made several attempts to prove his reformed character and his good-willed nature.

It hasn’t helped a series of sinister events have taken place in Erinsborough impenitently after Finn’s release from police hold, with many residents blaming him for stints such as razor blades being found in the Kennedy’s apricots.

Next week, the real culprit is ousted as another plan unravels leaving lives in the balance and although Finn isn’t the one committing the crimes, he does have a very close link to the villain terrorising Ramsay Street.

The big reveal kicks off on the day Toadie Rebecchi (Ryan Maloney) is launching The Sonya Rebecchi Foundaiton in memory of his late wife who passed away earlier this year.

Toadie’s plan for the day was to have the launch take place near the lake before moving the resident of Ramsay Street to the community centre for refreshments, but when maintenance issues push his plans forward, the widower directs everyone to the centre an hour early.

What he doesn’t realise is former principal of Finn’s old school in Sydney where he taught before moving to Erinsborough, Harry Sinclair (Paul Dawber) has returned to Ramsay Street to get his revenge on the reformed villain.

Harry made an appearance in 2017 and although he and Finn were once friends, it seems his attitude has changed considerably towards the former felon.

Wanting to frame Finn for his actions, Harry manages to recruit Ned Willis (Ben Hall) into hoping him leak poisonous gas canisters through the air vents of the community centre, wanting to wreck havoc for his former colleague.

Ned agrees to go through with Harry’s plan as he is worried Finn will try and come between his relationship with girlfriend Bea Nilsson (Bonnie Anderson) as the pair have had a romantic history in the past. 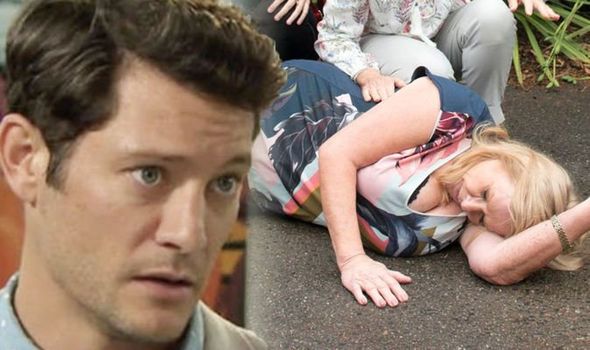 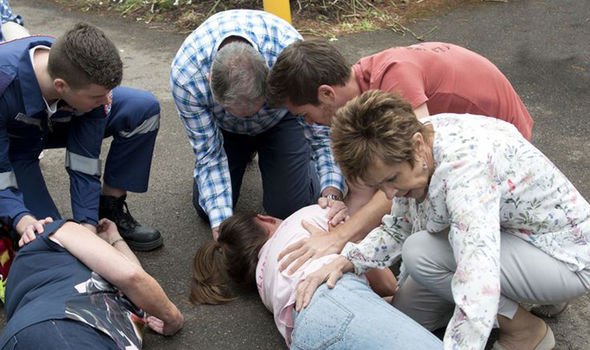 The jealous boyfriend only agrees to the deal believing no one will be put in any danger, with the residents of Ramsay Street attending the launch at the lake before making their way to the community centre.

Ned is left reeling when the plans change and with his girlfriend and others gathered at the centre, it’s not long before the gas takes holds and several residents are fighting for their lives, including Bea.

With Sheila Canning (Colette Mann) also falling ill, chaos ensues, leaving the launch in an utter state of disarray and as angry residents point the finger of blame at Finn, Ned steps in to tell the police Harry is the real culprit.

Taken in for questioning, Harry has a lot to answer to as do the residents of Ramsay Street, contemplating whether they had misjudged Finn.

Has Harry actually done more good than bad for Finn’s status with this neighbours, or has the reformed villain allowed his colleague to fall into his hands as his own revenge plan unfolds? 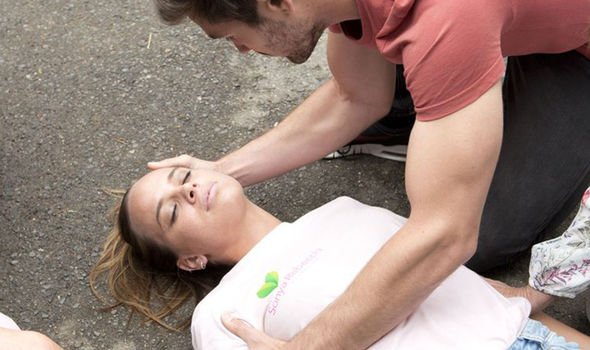 Everything is so Finn driven

Speaking of Bea’s feelings towards Finn after his release, having been kidnapped by the former villain in the past, actress Bonnie Anderson, 24, told Express.co.uk her character will never forget the former villain’s crimes.

Bonnie said: “The whole time she’s been with Ned, her minds still confused in the whole Finn thing.

“She’s been dealing with overcoming that time of her life, she’s been getting her strength back because of that time in her life.

“Everything is just so Finn driven, and she wanted to move past it, but now he’s awake and all of this stuff has happened.

“She doesn’t want to be best friends with Finn at all, she doesn’t like the guy, but she doesn’t think he deserves to go to jail.”

Elsewhere in Erinsborough, it seems trouble could be on the horizon for Gary Canning (Damien Richardson) and fiancé Amy Williams (Zoe Cradmond) as his son and Amy’s ex Kyle Canning (Chris Milligan) reveals a secret to his father.