NETFLIX has rolled out an impressive number of new shows and films for its consumers to enjoy throughout the month of August.

And it’s fair to say that the streaming giant has done it again, with all-new episodes from shows such as Glow, Dear White People, Jane The Virgin and plenty of new movies. Here’s the lowdown… 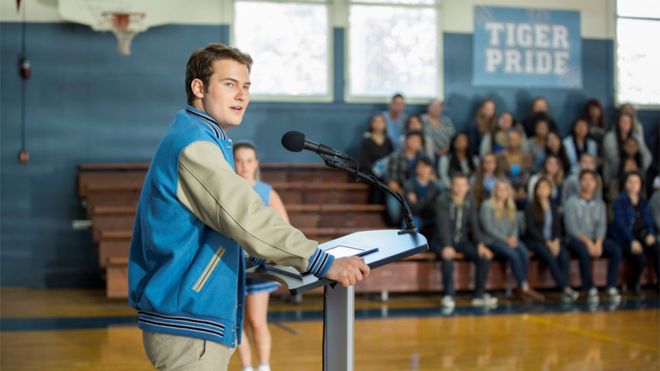 Following a climactic ending to season 2, if you’re a fan of 13 Reasons Why, then you’ll be happy to hear that the teen drama is finally back.

A third series was released on Netflix on August 23, and it follows on from the many episodes we spent watching Bryce Walker get away with his crimes after Chloe shockingly helped lie on his behalf.

Bryce’s victory came and went as someone went on to murder the high-schooler, prompting endless theories from fans on who the murderer could possibly be.

Clay is immediately assumed as the main suspect, but it goes without saying that the list of suspects is vast, with everyone sharing different reasons for wanting Bryce Walker dead.

Love Alarm is the first Korean series to be ordered by Netflix.

The series is centred around a popular dating app created by an unknown developer in South Korea, and upon its release it goes viral in an instant.

The app is so advanced, it will tell the user whether someone within 10 feet of them has romantic feelings for them, which begins to affect Jojo’s life immensely.

She soon finds herself caught in a love triangle with her longtime friend Jung Ga Ram and model Hwang Sun-oh.

What else was released on Netflix this month?

What's the full line-up of shows and movies out this month on Netflix?

August 16 saw the return of Mindhunter season two, and fans certainly wasted no time pacing through all nine episodes, with some already wondering how things will continue in the show’s third series.