New Corrie video reveals Emma's heartbreak as Curtis jilts her at the altar?

Emma Brooker (Alexandra Mardell) is on tenterhooks in upcoming Coronation Street scenes, as the day of her wedding arrives.

The barmaid is due to wed boyfriend Curtis Delamere (Sam Retford), who – up until last week – she believed was terminally ill.

Curtis, however, is suffering from factitious disorder, and thus he’s been lying about having a serious heart condition.

Emma had no idea until Ruby Dobbs swallowed one of Curtis’ so-called heart pills, and thus she took the child to the hospital. While there, however, the doc informed her that Ruby had swallowed a vitamin.

This, coupled with several other doubts in her mind, led her to believe that Curtis had lied about his condition. She wasted little time in confronting him on the matter, but Curtis successfully lied his way out of the situation. 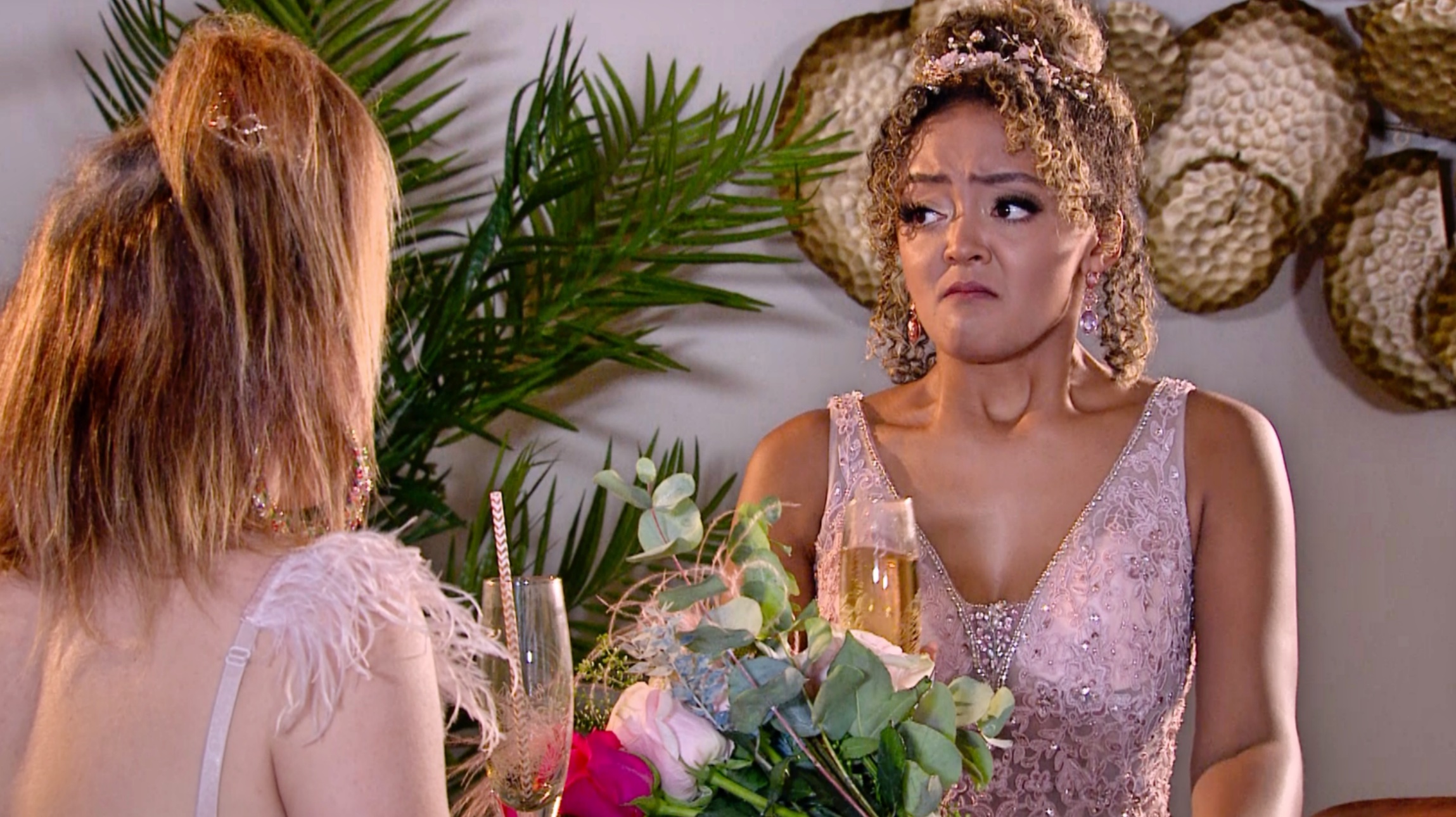 Emma, however, was unable to stop thinking about her doubts, and therefore she met up with her beau’s dad and finally discovered the truth.

Despite everything, she agreed to go ahead with the wedding on the basis that Curtis gets the help he needs, but Friday’s (December 17) edition of the ITV soap concluded with Curtis in possession of Steve’s bank card – and access to Oliver’s charity fund.

Monday (December 20) will see wedding day arrive, and the above clip taken from the episode in question previews the drama to come, as Emma learns that her husband-to-be has failed to turn up for the ceremony.

Has Curtis done a runner with the money? Has he left Emma at the altar?

Coronation Street airs these scenes on Monday December 20 at 7:30pm on ITV.