As trainer to the Queen’s beloved racehorses over nearly two decades, Andrew Balding says he will “cherish forever” the incredible trust she placed in him to work together on her biggest passion, describing it as “an absolute honour” as he pays a poignant tribute to the nation’s longest serving monarch. 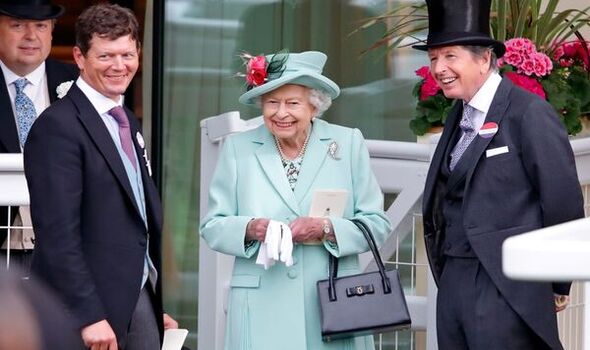 Readily admitting she has left a “huge void” at Park House Stables, Kingsclere, near Newbury, Berkshire, which houses 10 of her horses, Andrew says she was not only incredibly knowledgeable about racing but also highly competitive.

Brother to TV’s Clare Balding, Andrew – whose grandfather, father and uncle also trained the Queen’s horses before him – smiles as he reveals her final racing ambition, sadly unfulfilled, was to win the Epsom Derby.

“She has left a huge void and it will take a good while to come to terms with the fact that someone we had the absolute joy and privilege of speaking to and sharing her hobby – which is our job essentially – is no longer here.

“I did speak with her regularly and we spoke before each run. She had 10 horses with me and she was very passionate about racing and very knowledgeable.

“She was as competitive as anyone and she had raced horses since the 50s – but she never won the Derby. That was her absolute number one ambition.”

Understandably keen to keep his many conversations with the Queen private, he adds: “I have got plenty of anecdotes that I want to keep in private but in general, what I would say is she was every bit as lovely as you would expect her to be. People ask me, “What’s the Queen like?” and I always say she was exactly what you would like her to be. Like many others who have expressed this, she also had a fantastic sense of humour.” 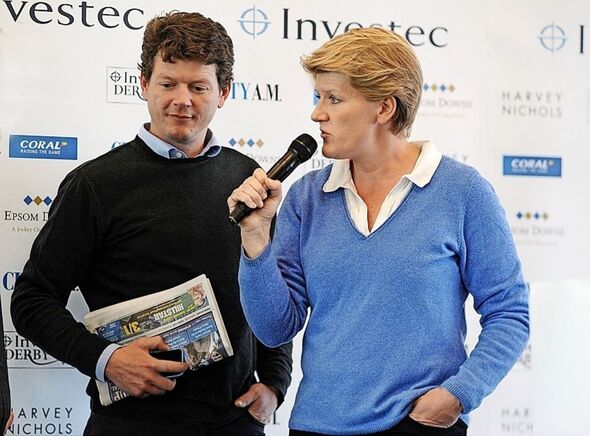 He says it is still too raw to even contemplate how they will pay their own personal tribute to the Queen, but he hopes to be able to continue the long-lasting relationship his stables have enjoyed with the Royal Family over many decades.

Andrew is chatting today ahead of the forthcoming release of a new fly-on-the-wall Prime Video documentary series, Horsepower, which follows the trials and tribulations of his life as a horse trainer for around 60 or so clients, who as well as the Queen include Sir Alex Ferguson.

He hopes the new documentary series will attract non-race lovers to the sport and show that it is not simply for an elite handful.

“We want to make racing accessible to everyone,” he explains. “There can be that feeling of “I can’t access racing because it’s for the elite” but that is not the case. At Kingsclere, my family business, it is very much an enormous team game and I really hope people watching will see that.” 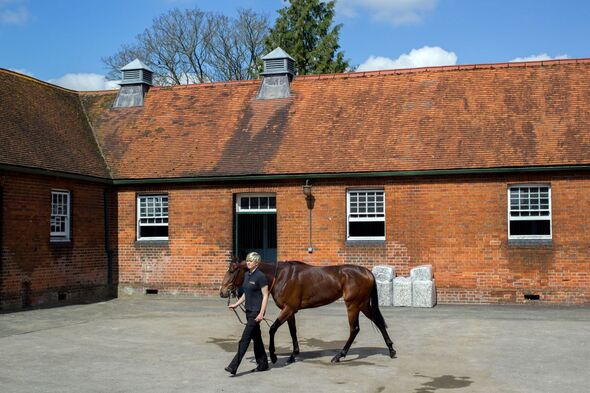 “We are competitive when it comes to a game of golf or tennis but we do two different things and so we can support each other. We are both happy for each other’s success and I am very proud of her.”

Like his sister, Andrew, 49, is self-deprecating, fun and very engaging. His enthusiasm is infectious and it is easy to see why the Queen entrusted him with her own horses so much. Growing up at Kingsclere where his father, Ian, successfully trained the Epsom Derby champion, Mill Reef, in 1971, he knew from an early age he wanted to follow in his dad’s footsteps.

Taking over from his dad in 2003, he has since gone on to enjoy considerable global success with wins in Dubai, Hong Kong, Australia and at home in races such as last year’s Coronation Stakes.

He also works with some of the biggest jockeys in the business, including Frankie Dettori. “I grew up around it all and it is very difficult not to get absorbed in it,” he says. “I’ve never for one minute regretted it.”

The one race that has, however, eluded him so far is the Derby, an ambition he would still love to fulfil like his beloved dad and just as the Queen dreamed of doing so.

“I would love to win the Derby,” he admits. “And we were second again this year, so we are getting closer. But it only happens once a year and you don’t get many horses good enough to even run in it.”

Rising every morning at 6.30am and going to bed “straight after the 10 o’clock news”, Andrew readily admits he lives and breathes the sport. 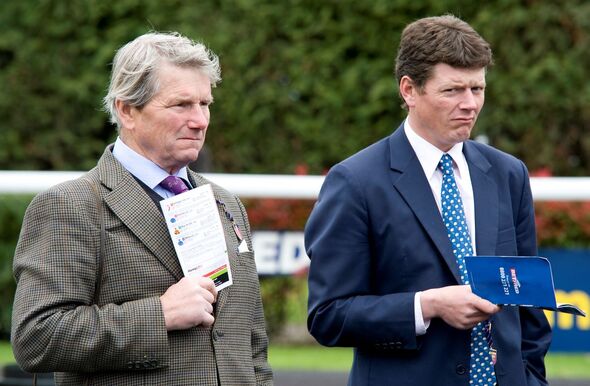 His wife, Anna-Lisa, whom he tied the knot with in 2005 and with whom he shares two sons and a daughter, would happily testify to this. She tells the documentary that Andrew loves pouring over the racing calendar fixture as soon as it is published.

“What I love about racing is the uncertainty,” he explains. “No one wants to finish at the back and it doesn’t matter if you are the Queen of England, it’s every man or woman for themselves. You can’t buy success and there is no exact formula.

“If you go to a performance of Shakespeare you know how Hamlet ends. With racing, it’s an ever changing plot.”

And it is this unpredictability, adds Andrew, that makes the lows equally tough to overcome. “One minute you are up and another you can be at the bottom” he admits. “Lows come with sport and you have to take the punches.

“The thing with horse racing though is it doesn’t matter what your history [of previous wins] is. You can’t fall asleep at the wheel.”

Roaring with laughter as he goes on to insist that despite the enormous pressure he does not go to bed dreaming about horse racing, the ardent Southampton FC supporter says he gets a lot of pleasure from watching his three children play sport. He does not, however, ride horses anymore.

“I used to when I was younger but I haven’t ridden for 20 years,” he explains. “I have so much that is going on around me now but if someone does fall off, at least I can run and catch their horse!” 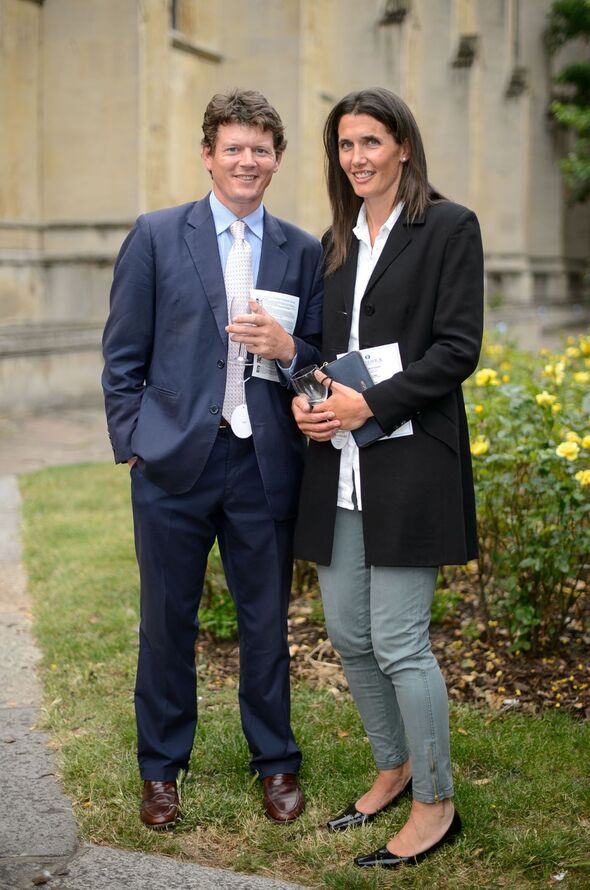 His two sons, Jonno and Toby, are already showing signs of following in his footsteps. “My two boys are very knowledgeable,” Andrew says, beaming as he does. “They are light years ahead of where I was at the same age and I would be very surprised if they don’t want to be involved.”

None of his incredible racing success, that has also seen him triumph at Royal Ascot, would be possible without his wife, Anna-Lisa. Working closely together running the family business, he puts “tolerance” down to the secret of their very happy marriage.

Agreeing he does feel very lucky to have met a woman as passionate about racing as he is, Andrew confides: “The input she has put in is enormous and a fair amount of tolerance is what makes it [our marriage] work!”

Aside from winning the Derby, would Andrew, who turns 50 this year, like to follow Clare’s footsteps and move into TV?

“Oh gosh no, this Prime Video series is a one off and I’ve no interest in doing other TV,” he replies. “It’s been an absolute pleasure to do this but there are other yards and other people out there too.”

He smiles and then returning to the Queen’s absolute passion for horses, he sums up her love for the animals by adding: “We are spoilt in so many ways to be surrounded by these beautiful creatures first and foremost. Nobody could work in racing if they didn’t love animals and horses. I feel very lucky.”